The Newcastle striker thinks back to 2001, when he was sat at home with his football-mad family in Tenerife, watching his local team win promotion out of Spain’s second tier. 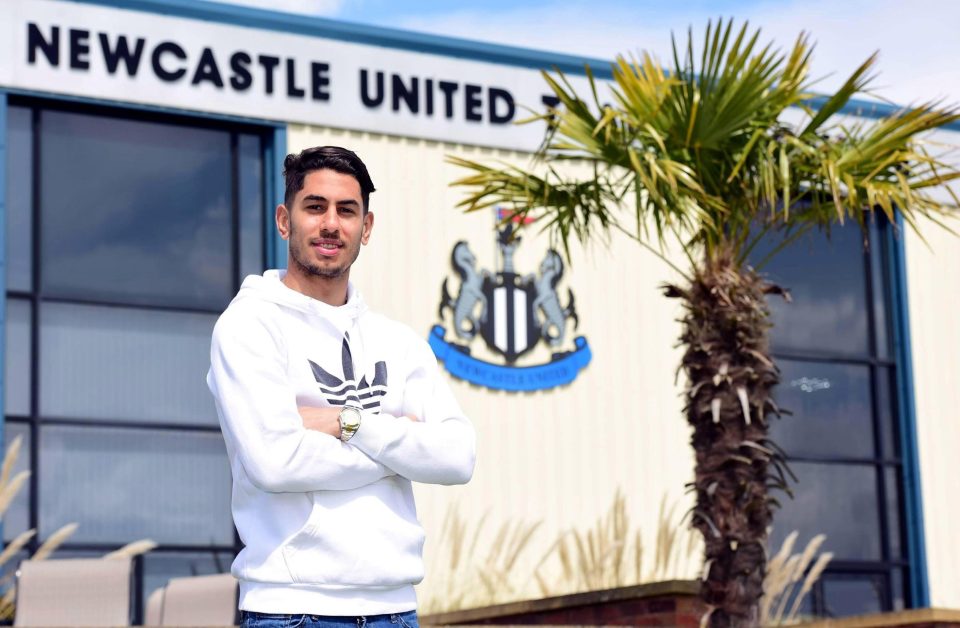 On his TV screen that night, Perez recalls seeing the smiling face of the manager responsible for leading Club Deportivo Tenerife to La Liga — Rafa Benitez.

And little did he know back then but that same man would end up being his boss 15 years later, in a location 2,000 miles from home.

Perez, now 24, told SunSport: “I was really young when he was manager there.

“But I watched them on television. Because my family were all Tenerife supporters, I had no choice! 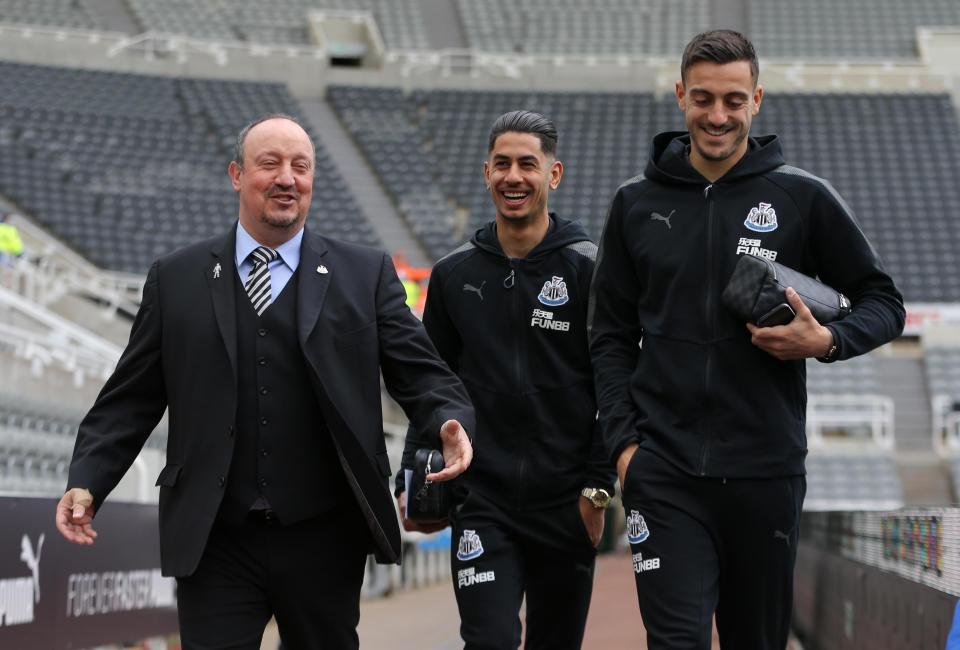 “I remember we won an away game to get promoted and I was on the sofa celebrating. Then, as soon as the final whistle went, we all went to town and celebrated.

“So I remember that moment — on the sofa, really young, watching them play, celebrating the promotion.

“And now, after a lot of years, Rafa is my manager — and he likes to tell me about those players and that season. It is a dream.”

You suspect Perez, who went on to play for Tenerife before moving to Tyneside in 2014, is one Benitez will be telling others about in future. 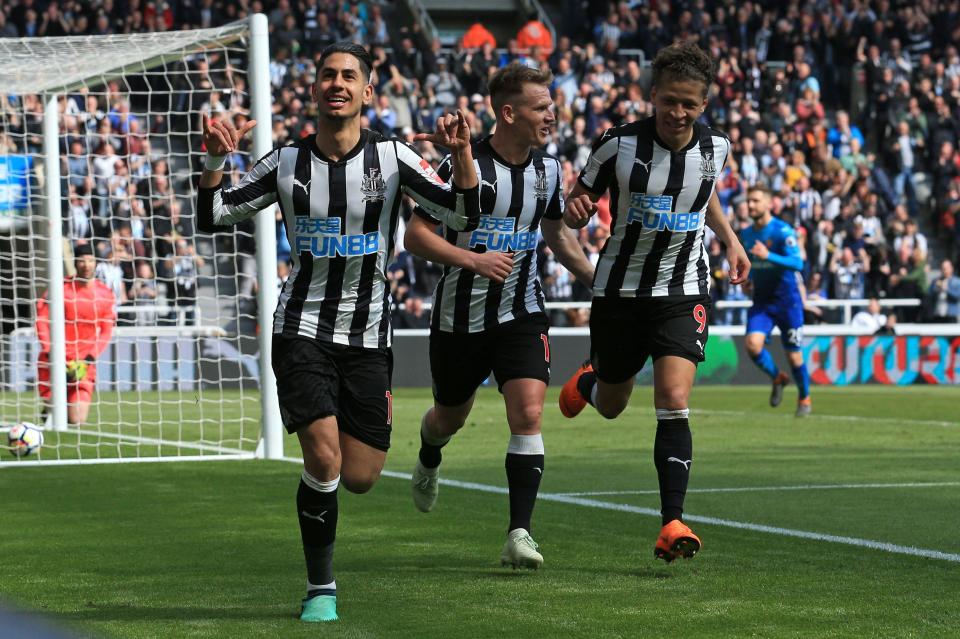 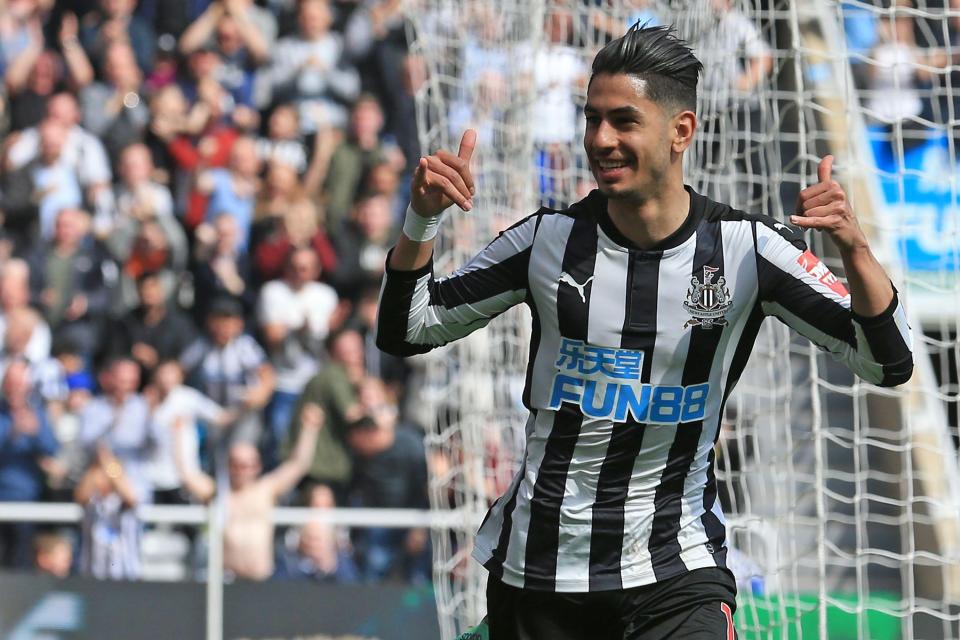 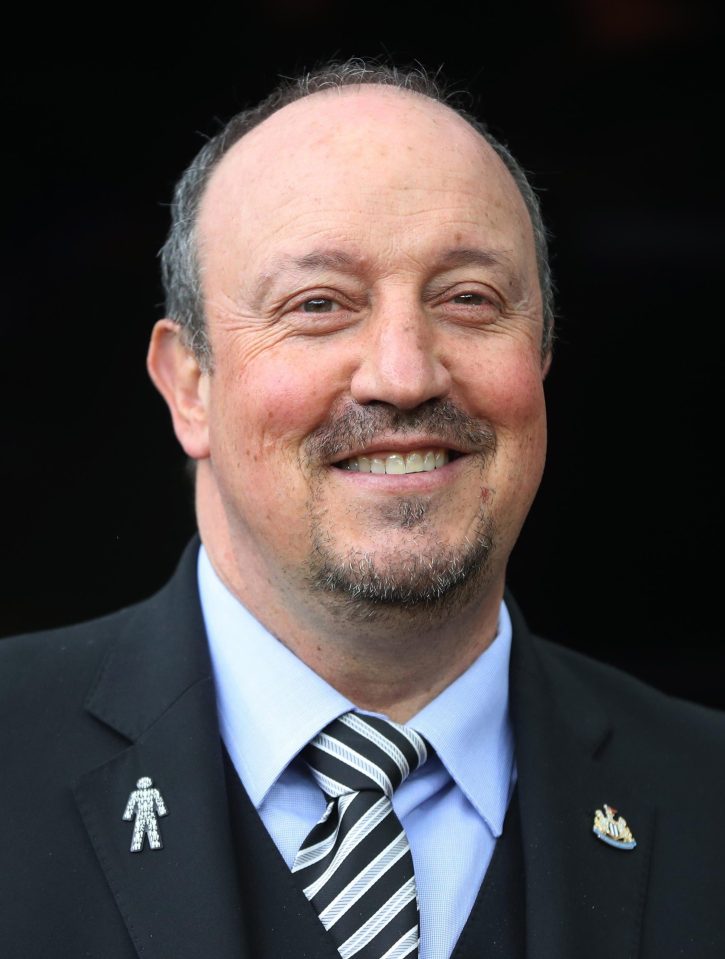 For he is a firm favourite of the Newcastle manager.

Not that Perez feels like it, however, as he recalls Rafa’s reaction to his wonder-goal winner at Leicester last month.

Sitting in the strategy room at the Toon’s training ground, the Spaniard smiled: “He didn’t say, ‘Good goal’.

“He knows it’s good to score, so he doesn’t need to say it.

“It’s just ‘Well done’ and then the things you can improve.

“After scoring at Leicester he was talking about ‘That recovery run’, or saying ‘Stay in midfield, make them feel uncomfortable’.

“He forgets about the good thing, which was the winning goal.

“Sometimes you can think, ‘Damn! I just started enjoying this win’.

“But that means he has a winning mentality. That’s why he has won a lot of trophies. He knows when you have won, things could still be better. And that’s great because it gives you focus.

“I used to have moments when I wasn’t focused at all.

“But these little details can make a difference. He looks after these details and it is massive.

“I have learnt a lot from him and I keep improving.”

In public, at least, Benitez has praised Perez, whose lob at Leicester was one of three straight games in which he scored during a four-match winning run that sealed Newcastle’s safety.

The tenth-placed Toon have also won 40 per cent of the Premier League clashes Perez has started this season — as opposed to ten per cent of the ones in which he has come on as sub or stayed on the bench. It is fair to say that Newcastle have had a good return on the £1.6million they paid for Perez four years ago, beating Barcelona, Real Madrid and Porto to his signature.

And the Canary Islands kid has also done well out of a move which was “scary” for him at the time.

Ahead of today’s trip to Watford, Perez revealed: “It was the first time I had even flown out of Spain. I had never been in another country.

“I had never cooked. I had never wanted any other food that wasn’t from my mum. Her food is special.

“I couldn’t speak English. I needed someone else to tell me what was going on. I was struggling to be able to talk to my team-mates.

“My first winter was also quite hard because you are not used to how cold it is. But I just tried to adapt as quickly as I could and I think I did well. I was speaking English after six months.

“When I first moved, Fabricio Coloccini was here and he was like a big brother for me.

“Whatever I needed, he was there for me. He made that moment of my life easier.

“I can’t believe it’s been four years now. I have enjoyed it and I have become a better person and player.

“I think I have done quite well — great numbers, adapted to a tough league — and I am proud of myself.”

Perez has hit 32 goals in 151 appearances for the club, with 48 of those coming as sub.

He  is now one of a five-strong Spanish contingent on the Costa del Toon, with Javier Manquillo, Joselu, Mikel Merino and Jesus Gamez having all joined him since countryman Benitez took charge.

The forward has been linked with a return to his homeland, with Newcastle nervous about interest from Real Betis and Villarreal.

But Perez, who was also wanted by Tottenham two years ago, admitted: “I feel like I want to keep  playing in the Premier League.

“They gave me the opportunity to play 100 games in the Premier League, to score a lot of goals, to be at the top level.

“You never know what can happen in the future. But I can’t say anything bad about Newcastle.

“They gave me this life and I really appreciate it.”

Perez also believes he can fulfil his international ambitions while playing in England, even if this summer’s World Cup might have come too soon.

And the Toon ace, who cites Spanish strike legend David Villa as his boyhood hero, added: “One  hundred per cent, to play for Spain is my dream.

“I played for the Under-21s but the biggest thing is to do it for the first team and I have the hope and belief that one day that can happen.

“Before I signed for Newcastle, I was linked with Porto and their manager then was Julen Lopetegui, who is now coaching Spain.

“So, hopefully, that can help me out a bit.

“I am trying to do my best every day to make this dream come true.”