He is a walking, talking advert for more than two dozen of the world's biggest companies – and the Paris Saint-Germain star is cashing in. 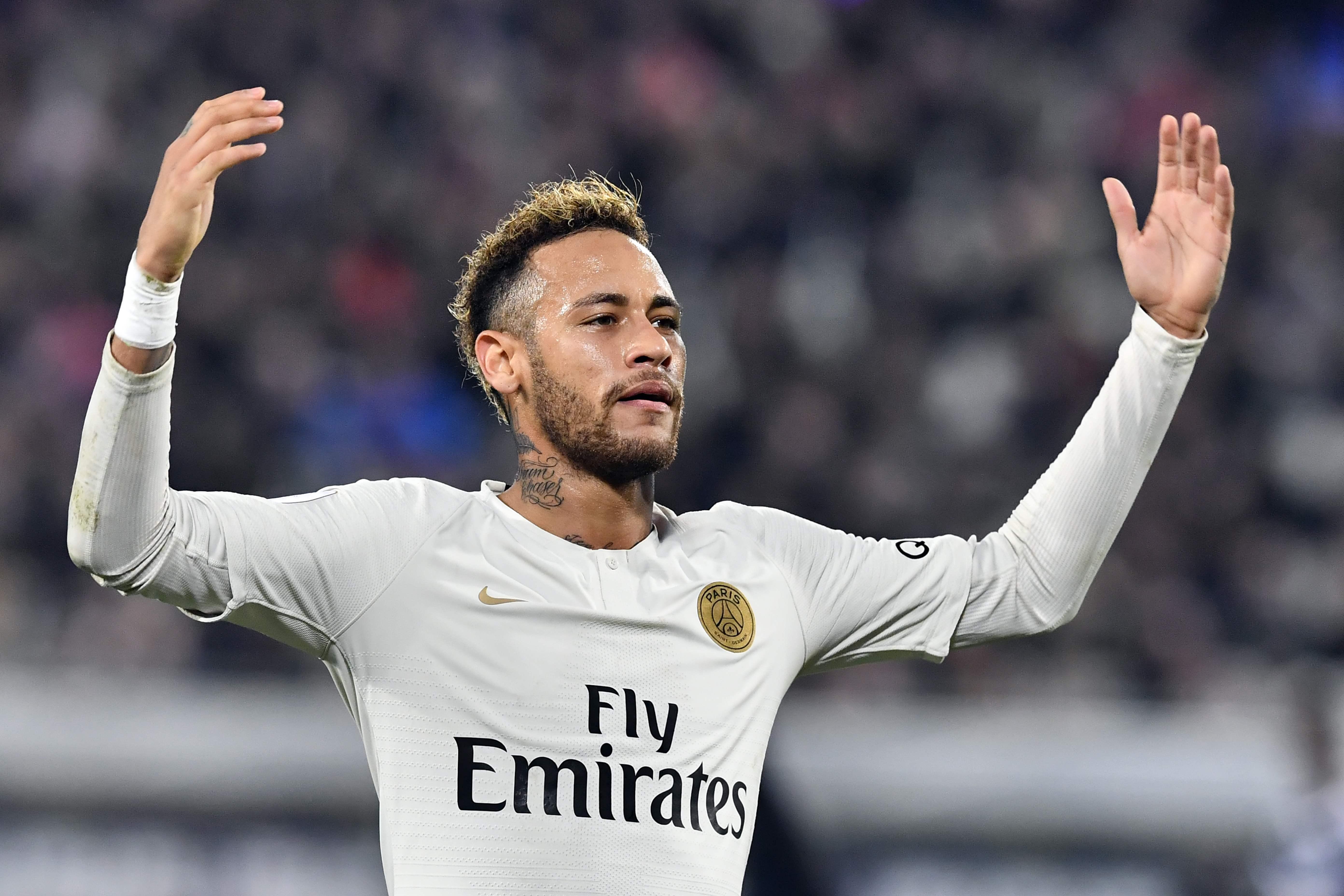 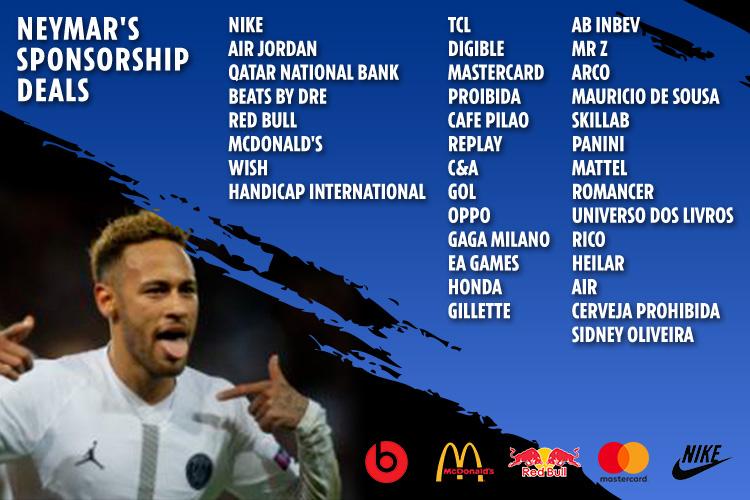 Some younger, global fans are now following individual players as much as they do clubs.

Fans want to dress like their favourite stars, listen on the same headphones, drink the same drinks and use the same telecoms brand.

Companies around the world know how important footballer endorsements are to bringing them customers. 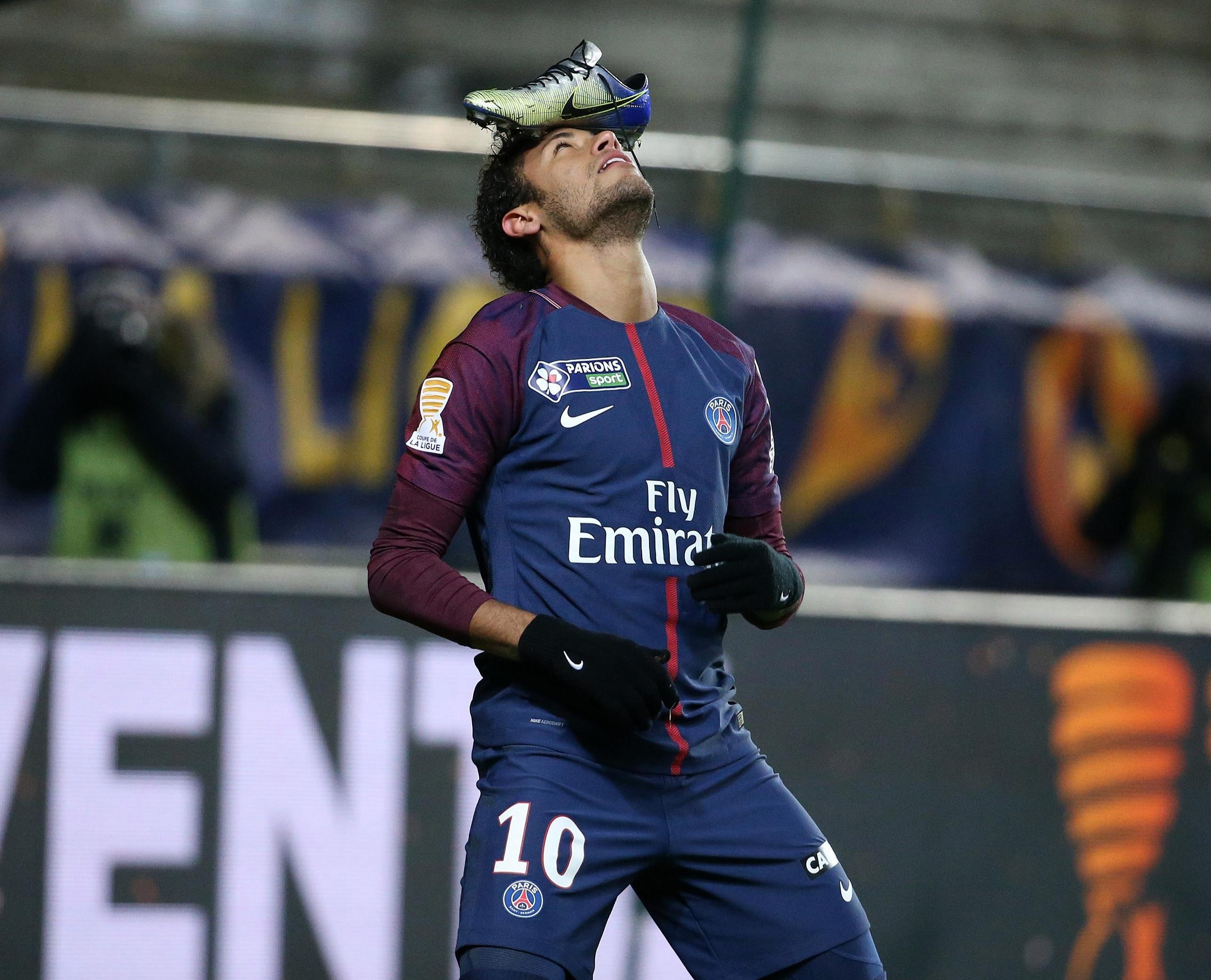 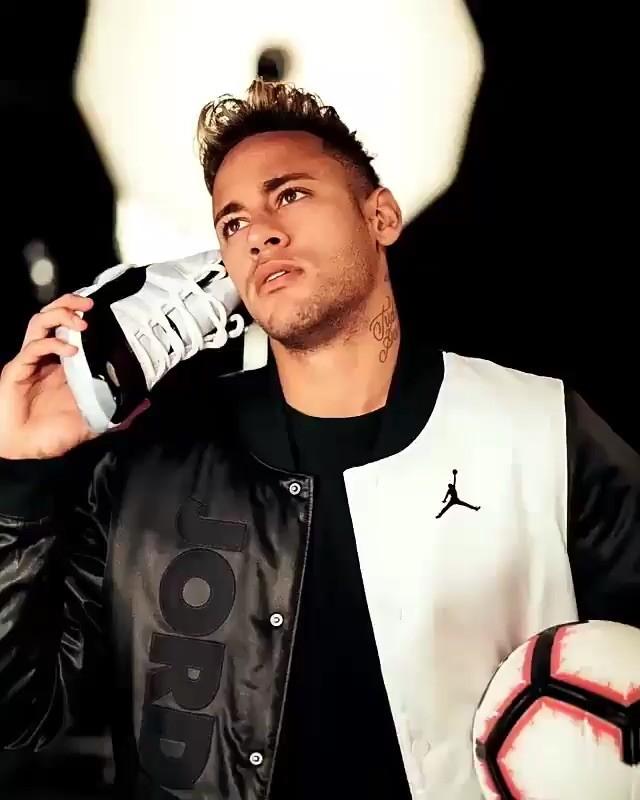 Ronaldo remains the single biggest earner in sponsorship deals – £37million-worth in 2018, according to Forbes – but Neymar is the most accessible.

On social media, Neymar (106.56million followers) trails only Cristiano Ronaldo (147.05m) in terms of total followers across all platforms.

The Brazilian is the face of more than 30 companies around the globe and over the weekend it was announced he had become a global ambassador for the QATAR NATIONAL BANK. 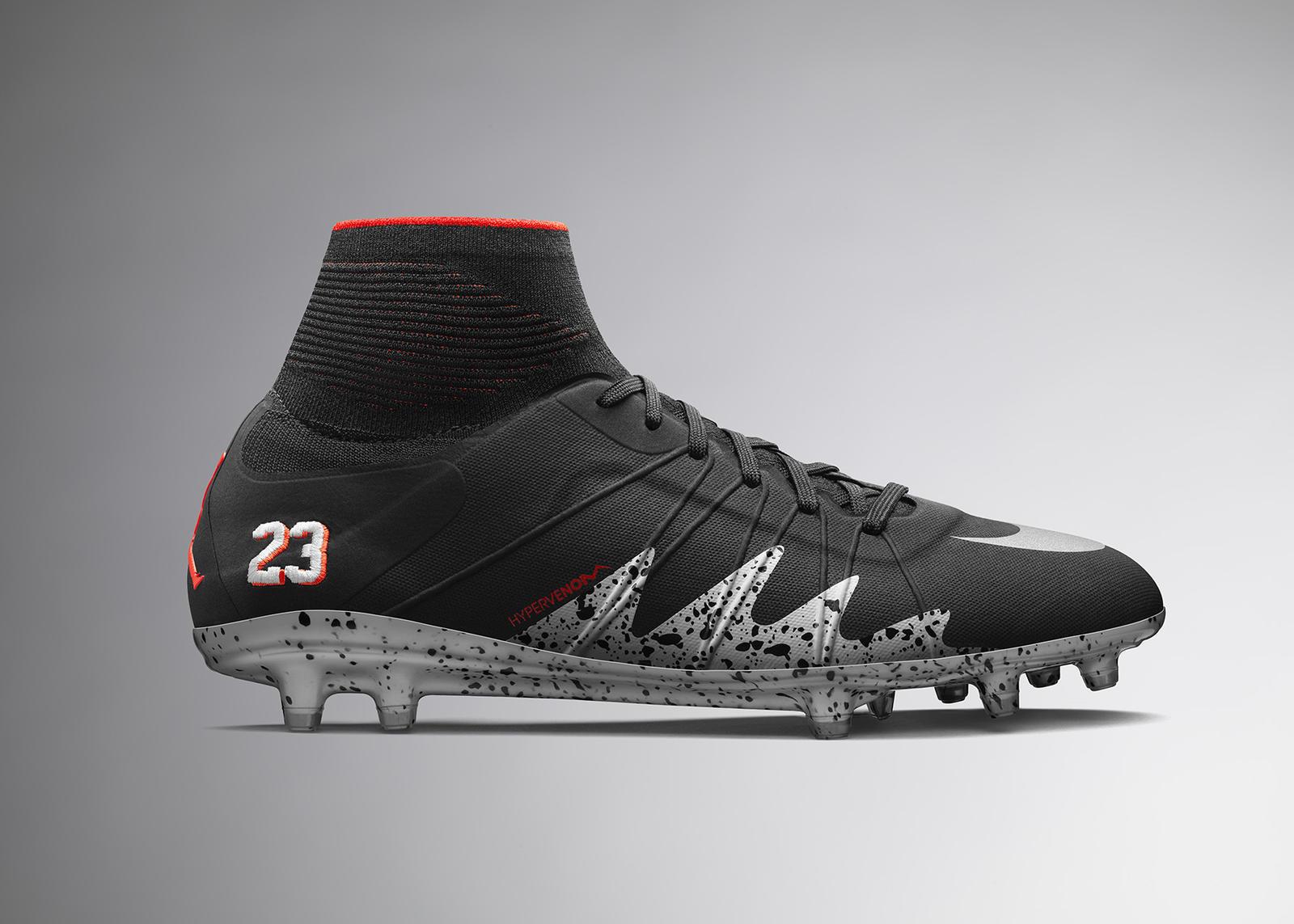 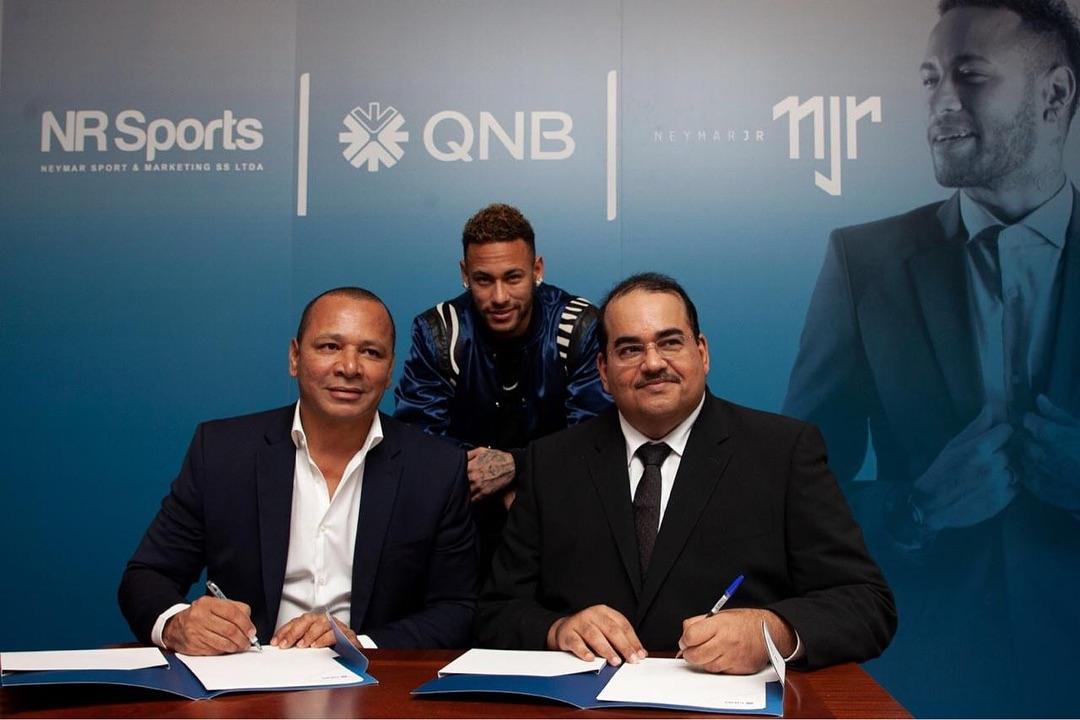 According to Forbes, Neymar is making around £14m in sponsorship money in 2018 on top of the £57m he made in salary from the Ligue 1 giants.

Neymar has no problem working with a variety of brands in a whole different range of sectors.

His image rights company, NR Sports, even has an Instagram page with so you can keep up to date with all the latest commercial news on Planet Neymar.

His principle sponsor is American sportswear giant NIKE, with whom he has a contract until 2022 and an option to continue until 2024. 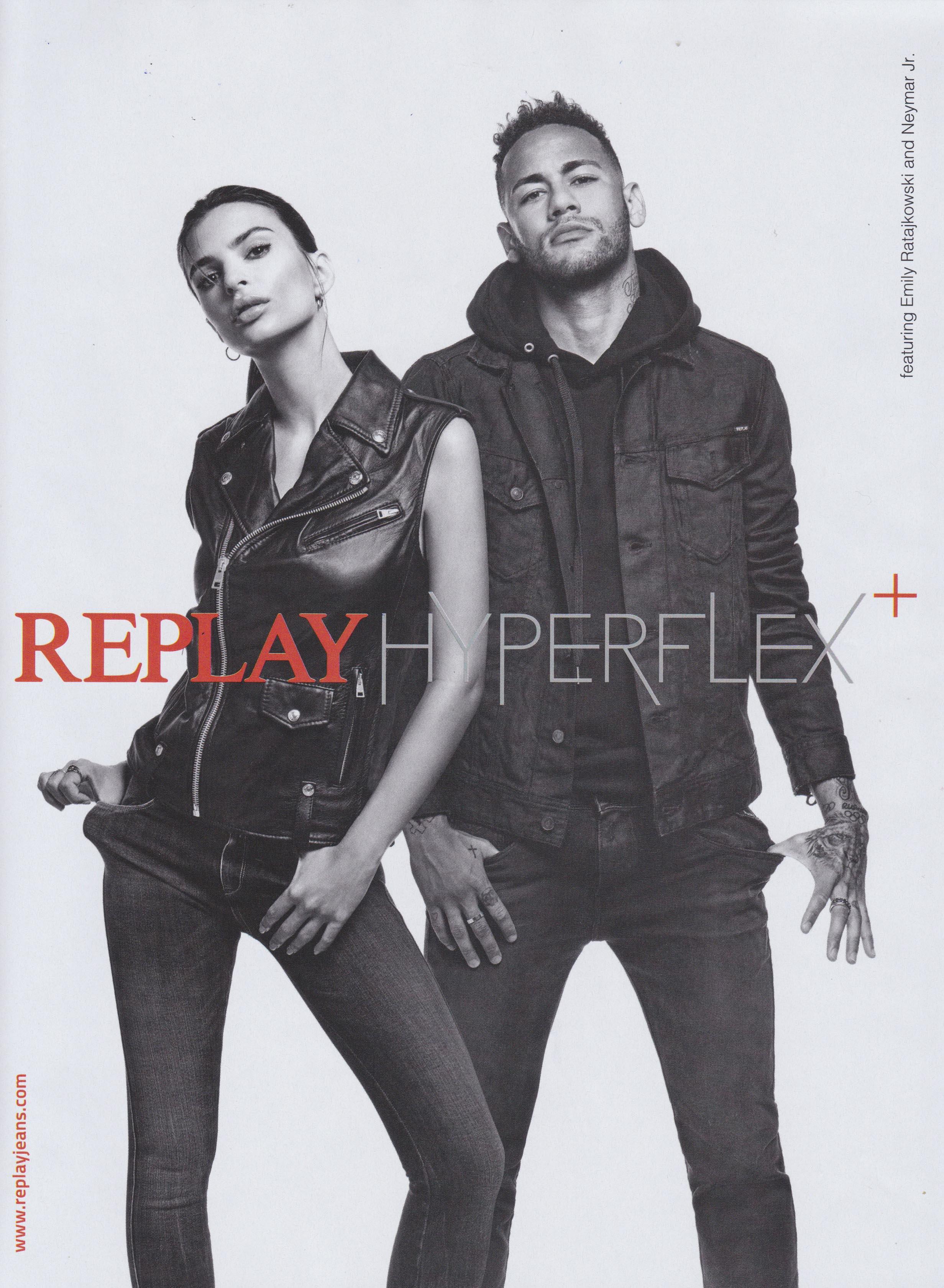 While specific financial details of that deal are not known, it was revealed in 2011 that he has very lucrative bonuses tied to performance.

Winning the Ballon d'Or will earn the Brazilian a bonus of around £730,000, increasing to a cap of about £3million.

Winning the World Cup is much less lucrative, however, only earning Neymar a Nike bonus of £36,500.

The former Barcelona forward made waves in 2016 when he became the first footballer to wear the famous Air Jordan 'Jumpman' logo. 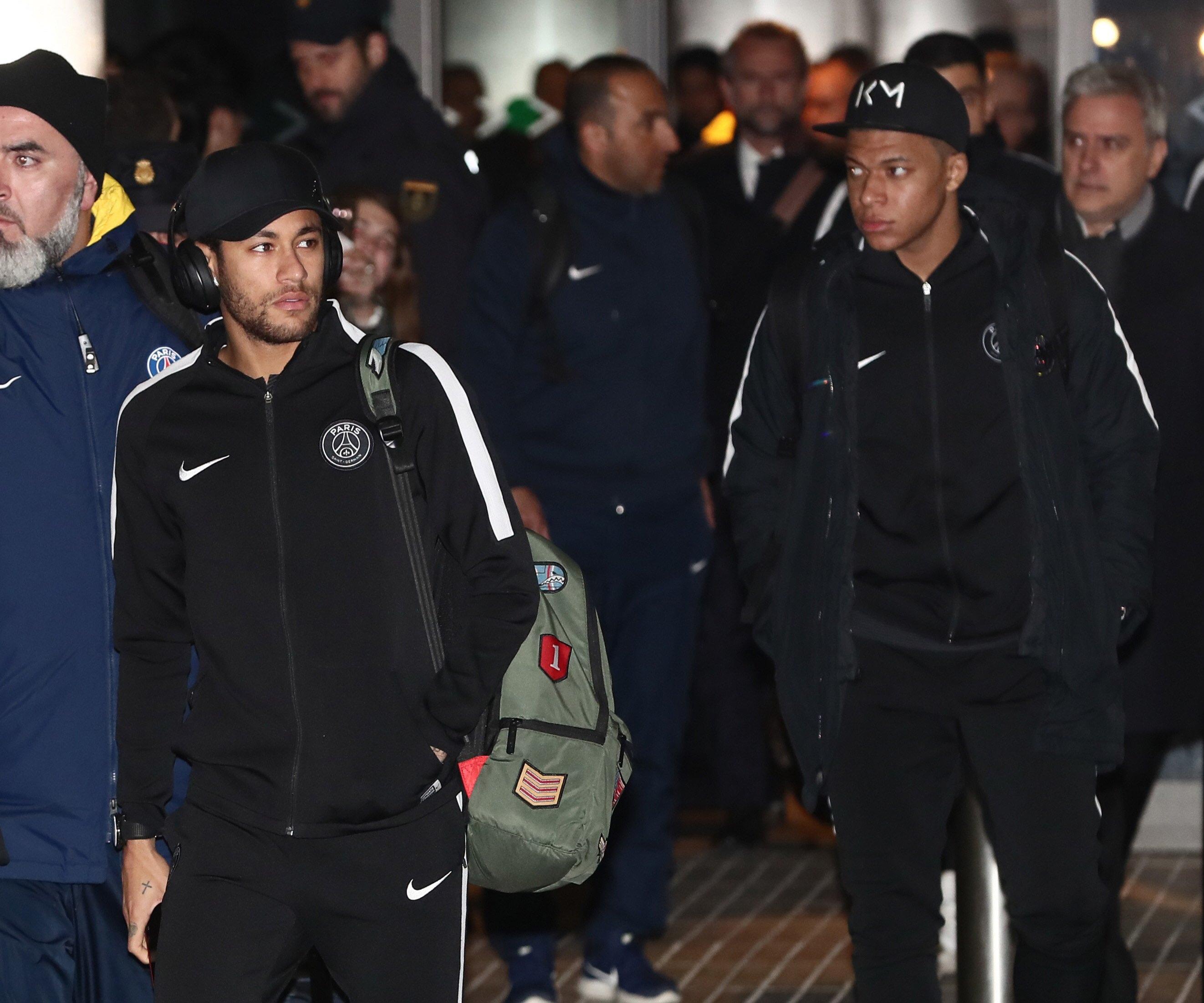 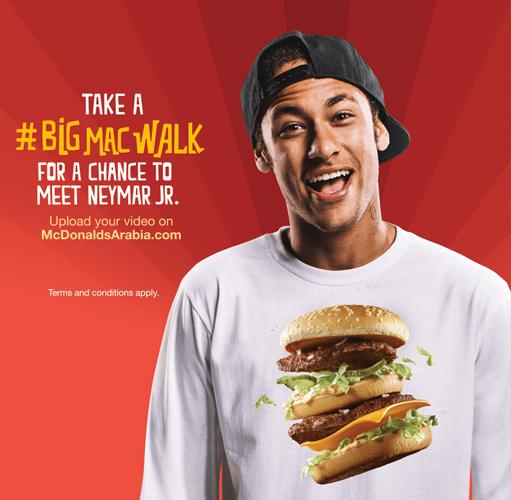 But his deals are not just limited to sportswear and apparel.

There are clothing deals with REPLAY JEANS and an underwear deal with C&A – the Brazilian completes his look with a watch from GAGA MILANO, the Brazilian's favourite jeweller.

Three years later he designed three of his own timepieces for the brand, each costing more than £1,000.

Neymar, who skipped the Ballon d'Or awards to play Call of Duty with makers Activision, has his electronic needs are taken care of by BEATS BY DRE and Chinese firm TCL.

He is an ambassador for two of the world's biggest food & drink names – McDONALD'S and RED BULL – while his clean-shaven look comes from a deal with GILLETTE. 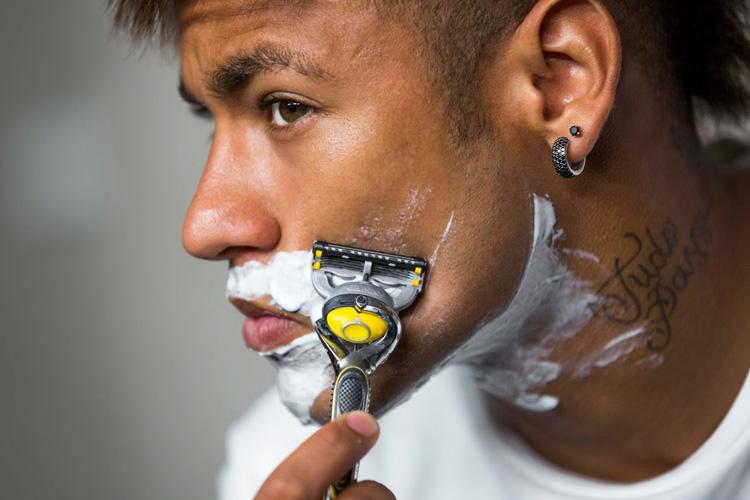 Neymar is also an ambassador for HANDICAP INTERNATIONAL, although it is not known if he is paid for that work, and has visited the UN in Geneva on behalf of the charity.

The Brazilian, as well as Lionel Messi, got some flak after a PR own goal by MASTERCARD during the World Cup.

The credit card giant received massive backlash after promising to deliver 10,000 school meals every time either player scored in Russia.

They scored only three goals between them and people questioned why Mastercard didn't just provide the meals if they had the capacity.

There are some stranger deals in Neymar's portfolio.

He has a deal with PANINI stickers, Brazilian car battery firm HELIAR and interior designer ROMACER. 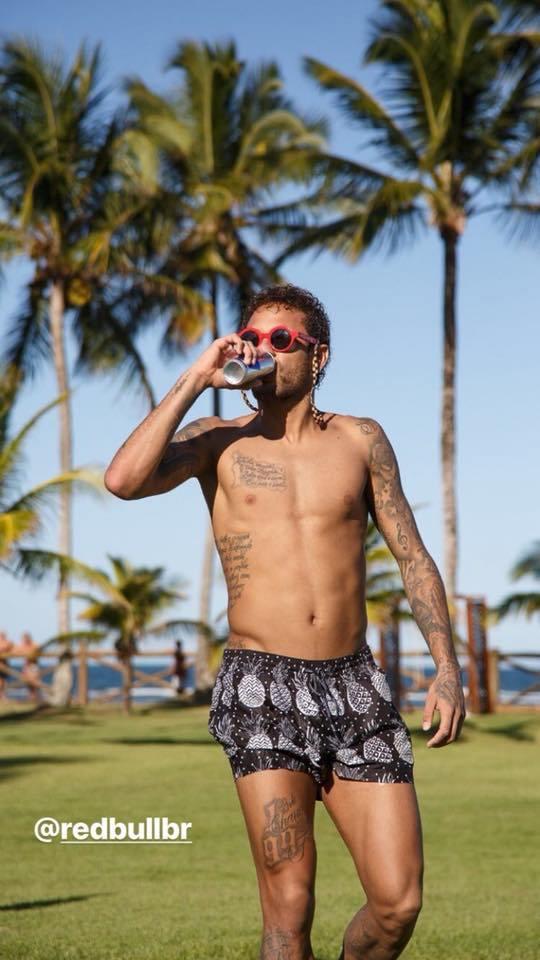 For his younger fans, there are a range of Neymar toys from MATTEL and comic books by famous Brazilian cartoonist MAURICIO DE SOUSA

Neymar, as the captain of the national side, is everywhere in Brazil.

He can be seen on billboards for airline GOL, investment bank RICO, mobile phone provider MOVILE – and even a coffee CAFE PILAO and a beer CERVEJA PROHIBIDA.

Neymar no longer works with POKERSTARS, but the betting firm is reported to have paid him £4million per year annually to be the face.

His biggest earners, Red Bull, Gillette and Beats bring in around £3m a year each, according to Sportcal, a sports marketing intelligence firm.

You may wonder why Neymar would put his face to car batteries – but then you find out they pay him £1million annually. 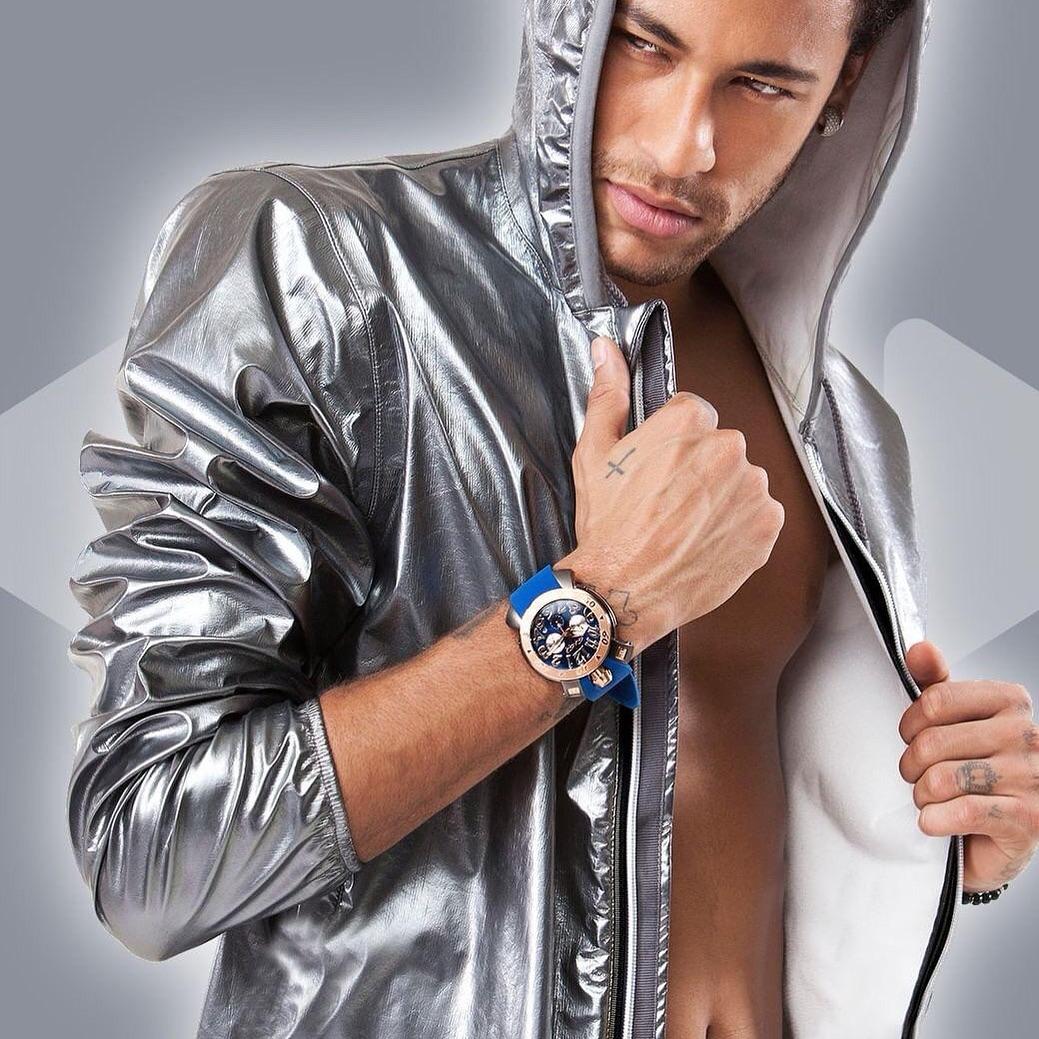 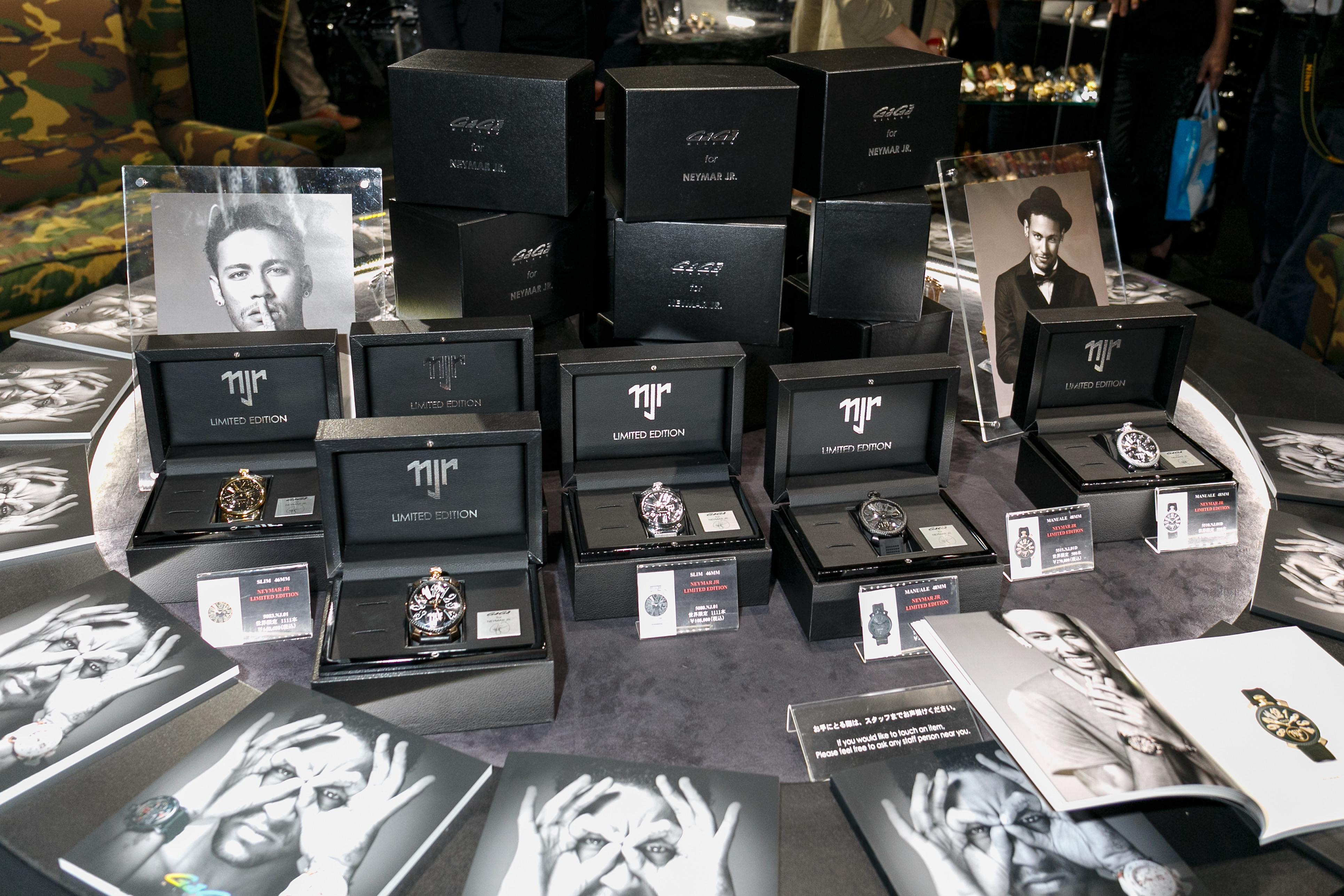 He has previously had deals with PANASONIC, POLICE sunglasses, VOLKSWAGEN, UNILVER, SANTANDER and CASTROL.

Big brands always want to work with him.

It was clear that when Paris Saint-Germain spent a world record £198million to bring Neymar to the Parc des Princes in 2017, it wasn't just because of his skills on the pitch.

The French club knew he would raise their profile off of it and make them one of the world's superpowers.

Qatari billionaire owner Nasser Al-Khelaifi spoke of the Brazilian as an asset rather than a player at his unveiling.

He said: "When you consider Neymar as a brand maybe it won't seem so expensive. 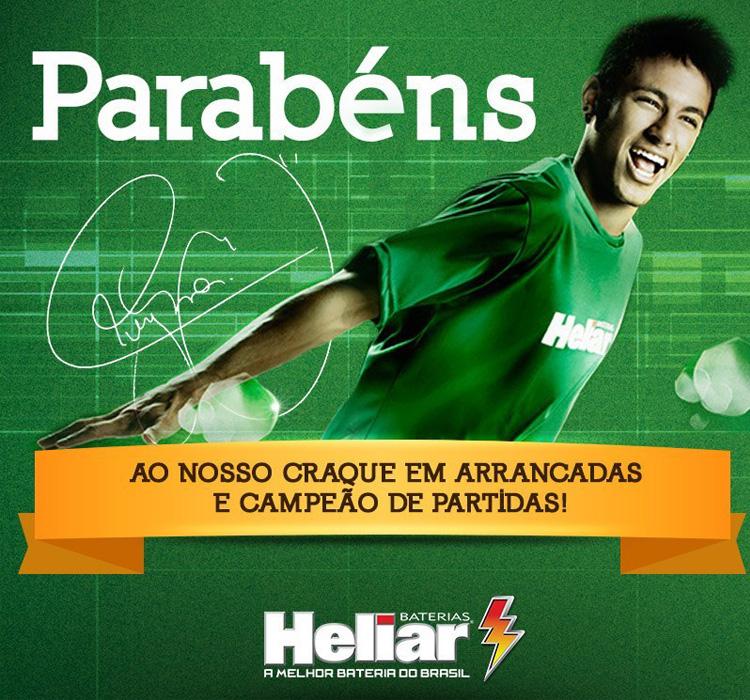 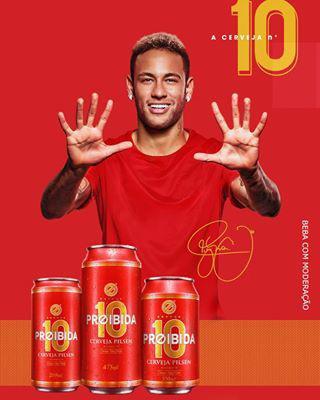 "Before Neymar signed, the club was worth €1billion. Now it is worth €1.5billion.

"With him our project will grow even stronger and the league will become more interesting to everyone."

Some of those results came pretty quickly. 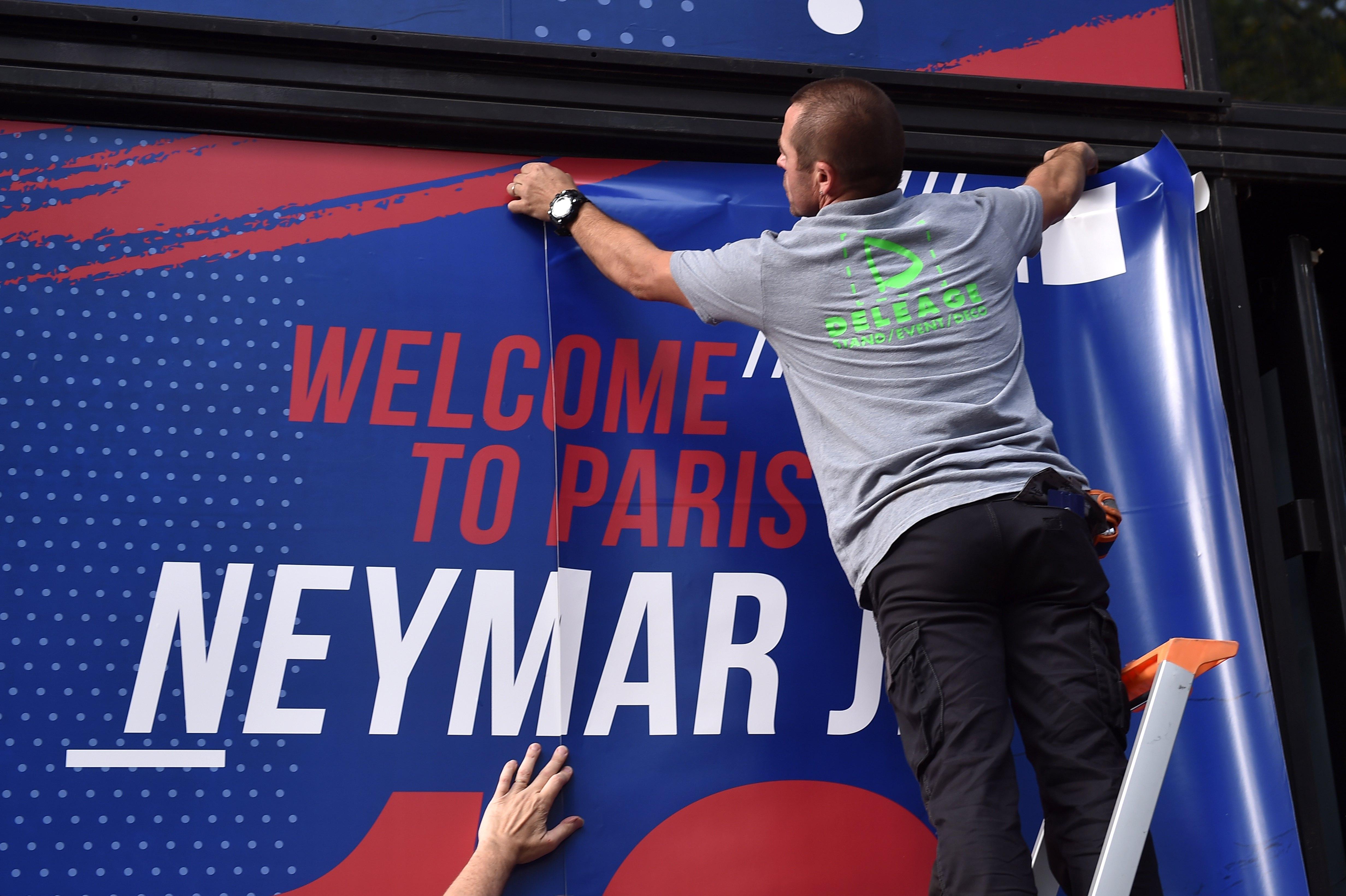 Within a month of his transfer, PSG had sold around 120,000 'Neymar 10' shirts globally, making about £8million.

In the days leading up to his signing, that figure soared by 5million and now, 18 months later, the total has grown to a massive 61.8m.

A lot of that growth can also be attributed to the rise and rise of Kylian Mbappe, but Neymar remains the PSG's biggest star.

There have been persistent rumours that Neymar wants a move to Real Madrid, not only to fill the void left by Cristiano Ronaldo, but to expand his own marketability by playing for the world's most popular sports team.

Whether he moves back to Spain or not, big brands will continue to flock to Neymar.

Especially as he is happy to work with almost any business that can afford him.