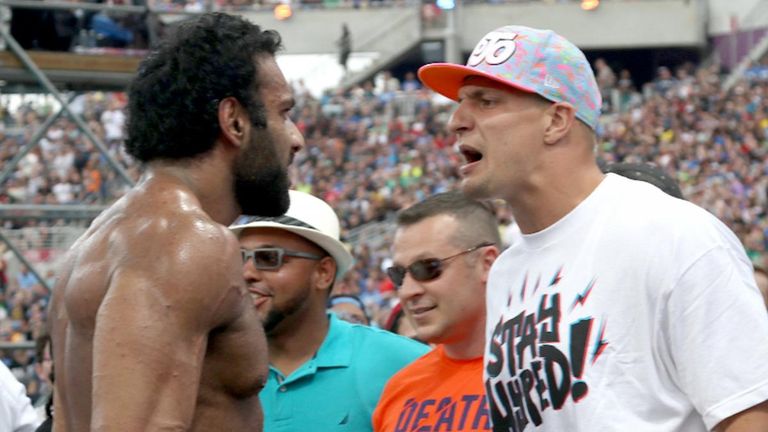 Mojo Rawley has dropped a huge hint that his friend Rob Gronkowski could be heading for WWE after retiring from NFL.

Gronkowski, who will turn 30 in May, confirmed his retirement at the weekend, concluding a career which saw him win three Super Bowl titles with the New England Patriots, the most recent of which came against the Los Angeles Rams last month. 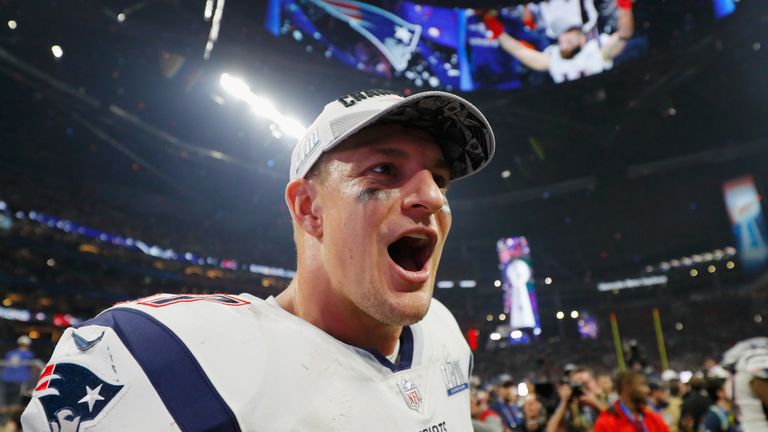 He is widely considered to be among the greatest tight ends in NFL history and is a close friend of Rawley, who currently competes for WWE on the Raw roster.

Gronkowski collided with Jinder Mahal at ringside at the Andre the Giant Memorial battle royal at WrestleMania 33, with his interference eventually setting up a win for Rawley in that match.

He has long been linked with a move to sports entertainment, and Rawley tweeted: “Congrats to my brother Rob Gronkowski on retirement.