Some mighty NFL records were broken on Sunday as Kansas City Chiefs quarterback Patrick Mahomes led his side to a 38-27 victory over San Francisco.

Leading the Chiefs to the end zone on each of his five first-half possessions, Mahomes notched his 13th touchdown pass of 2018, breaking Peyton Manning's mark for most passing scores in the first three games of a season. 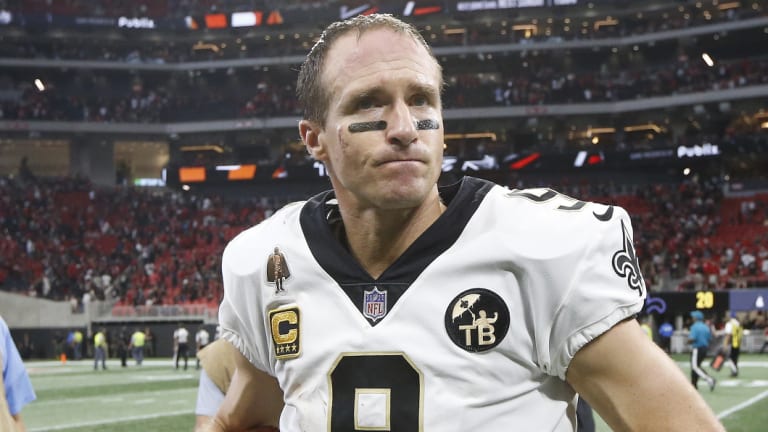 Historic: New Orleans’ Drew Brees has broken one of the most significant NFL records.

A bad day for the 49ers was made worse when quarterback Jimmy Garoppolo suffered a suspected ACL injury during the fourth quarter.

New Orleans quarterback Drew Brees was the star of the show as the Saints needed overtime to beat Atlanta 43-37.

With a 17-yard completion to wide receiver Michael Thomas in the second quarter, Brees moved ahead of Brett Favre with 6,301 career pass completions, an NFL record.

And the 39-year-old was not finished there, making a total of 39 completions as he threw for three touchdowns and then ran in the vital scores himself to first force overtime and then seal victory.

Rookie quarterback Josh Allen threw for a touchdown and rushed for two more as the Buffalo Bills thrashed Minnesota 27-6.

Allen completed 15 of his 22 passes for 196 yards, but it was on the ground where he did most of the damage as the previously winless Bills pulled off a shock result in Minneapolis.

In the late games, the Rams won the battle of Los Angeles in a 35-23 win over the Chargers, with Jared Goff passing for three touchdowns and 354 yards to maintain their winning start to the year.

Chicago condemned the Arizona Cardinals to their third straight loss 16-14 and Seattle quarterback Russell Wilson had two touchdowns in a 24-13 victory over the Dallas Cowboys.

Miami improved their record to 3-0 with a 28-20 comeback victory over the winless Oakland Raiders. 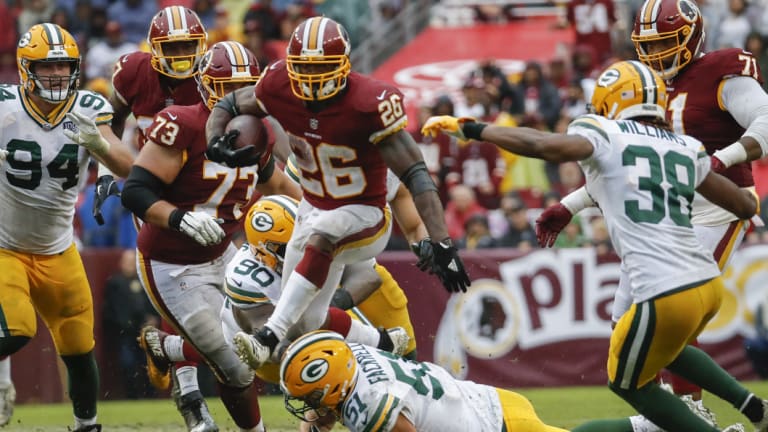 Veteran running back Adrian Peterson (26) has been impressive for Washington.

Jacksonville suffered their first defeat of the season in a 9-6 home loss to the Tennessee Titans, who lost quarterback Blaine Gabbert to injury after he was sacked in the first quarter.

The unbeaten record of the Cincinnati Bengals also disappeared as they lost 31-21 at Carolina, with Panthers quarterback Cam Newton throwing for two touchdowns and running for two more.

Denver running back Phillip Lindsay was ejected in the first half of his side's 27-14 loss to the Baltimore Ravens after he threw a punch while in a pile of players battling for possession of the ball.

In the battle of teams who started the day without a win, the New York Giants came out on top against Houston, Eli Manning completing 25 of his 29 pass attempts for 297 yards and two touchdowns.