When Niall Williams runs onto AT&T Park in San Francisco on Saturday morning, she'll be doing so under the watchful eye of her two daughters.

They'll be at home in New Zealand, watching from afar as their mum goes on another quest for a gold medal, potentially her fifth of that colour this year alone. 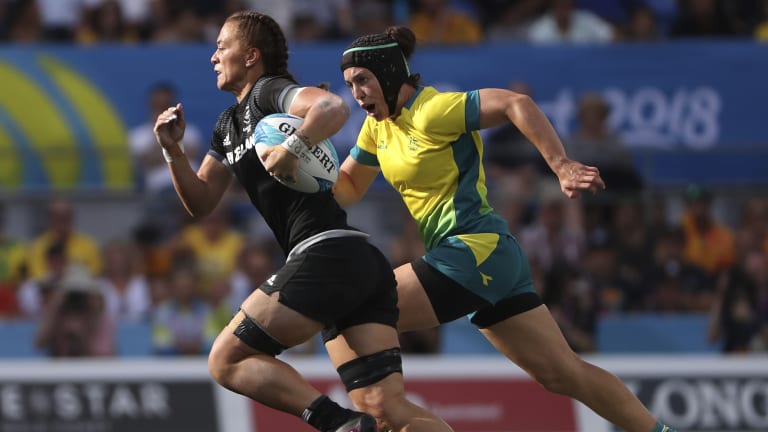 “It’s the balance I need in my life. I love being a mum and a professional rugby player”: Niall Williams.

Should she return with another golden medal in her hands, they'll be ecstatic, but then they'll bring her back to earth.

"I came home from the Commonwealth Games and Japan, we'd won both tournaments, and the girls were like, 'yay, a gold medal'," Williams said. "Straight away they threw the gold medal on the floor and said, 'Mum, can you come colour in with us'.

"That's my reality and I love that. It's the balance I need in my life. I love being a mum and a professional rugby player."

Since making her debut for New Zealand at the end of 2015 at the Dubai Sevens, Williams has cemented herself as one of the key cogs of the national team. 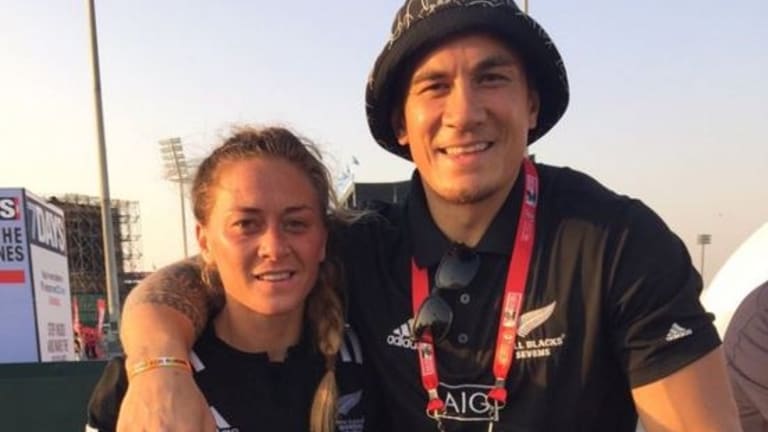 As you'd expect from someone with her family name, Williams has more than a little flair in her game, but playing at centre, it's the contract she loves most.

Having come from a touch background, and had to learn all about the contact area in rugby, it comes as something of a surprise that Williams is now regarded as one of the best defenders in the game.

Her tackling is fierce, as is her ability to then get up and win the turnover. It's the part of the game Williams enjoys most, and family is the reason for it.

"If I could just tackle all day and not do anything on attack, you know, just be the connection, pass the ball, then I'd do that because we've got enough strike players.

"I love making more of an impact on defence. It's where the competitive side of me comes out. I've had that from a young age, especially with two older brothers and a twin sister, everything was a competition.

When Williams first came into sevens, she was on a training contract. Balancing home life and her sevens commitments was tough, and asked a lot of her partner and family.

They're still helping her out now, playing an important role since Williams and her family moved to Tauranga in February as a way to help her rugby.

"In Auckland there were only three of us so it was hard to do rugby trainings, then you come here and there are 10 girls and we can do full scenario type trainings.

"I love it, but it's difficult and hard because my support base is back up in Auckland, but we have a lot of support here too.

"All of the girls and their partners all help out with the kids. Kelly [Brazier] and her partner like to take the kids for full days, Sundays, take them to the park, which is real cool.

"Our families are the big ones. They often drive down to look after the girls, and at the moment it's school holidays so the girls have gone up to Auckland to hang out with their aunty. They're on their own little school holiday programme which is amazing because it means my partner can work and I can train. It's honestly amazing.

Williams said her girls love the sevens team and knowing their mum is a sevens player. In fact, her eldest has set her sights on representing New Zealand as well, for now at least.

"My eldest one, she's six now, and she said the other day, 'Mum, I want to be a rugby sevens player because you guys are all pretty and I love that you always have gold medals'.

"So I said to her, 'okay sweet, we'll start doing some tackle practice', so I've got the two girls running at each other in the lounge.

"She also loves dancing, so she might not have her mind made up just yet. It's crazy, but we'll see."

New Zealand kick off their Sevens World Cup campaign at 8.50am Saturday, playing Mexico. In an unusual format, the World Cup is a straight knockout, with the winning team progressing to the quarterfinals, which will take place at 2.30pm Saturday.