NICK KYRGIOS earned another stripe as the bad boy of tennis after downing a full bottle of beer in a Laver Cup press conference.

Reporters began to ask questions of the Aussie star and coach John McEnroe when he decided to neck the beverage. 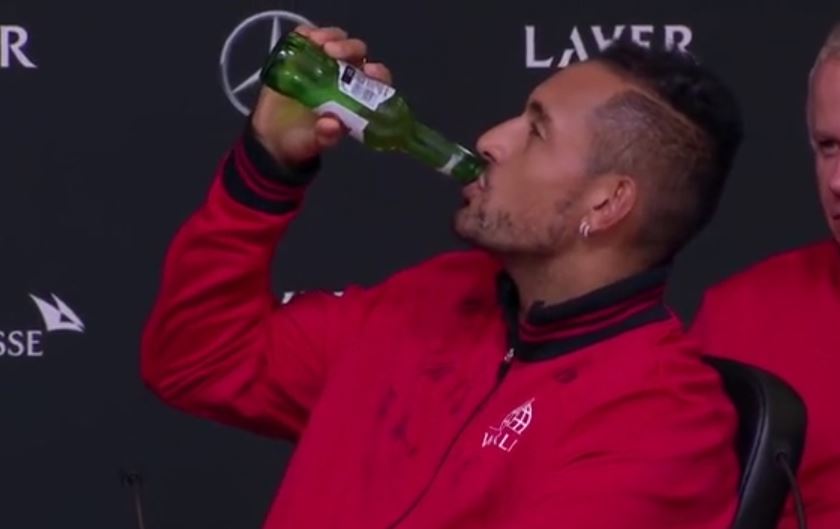 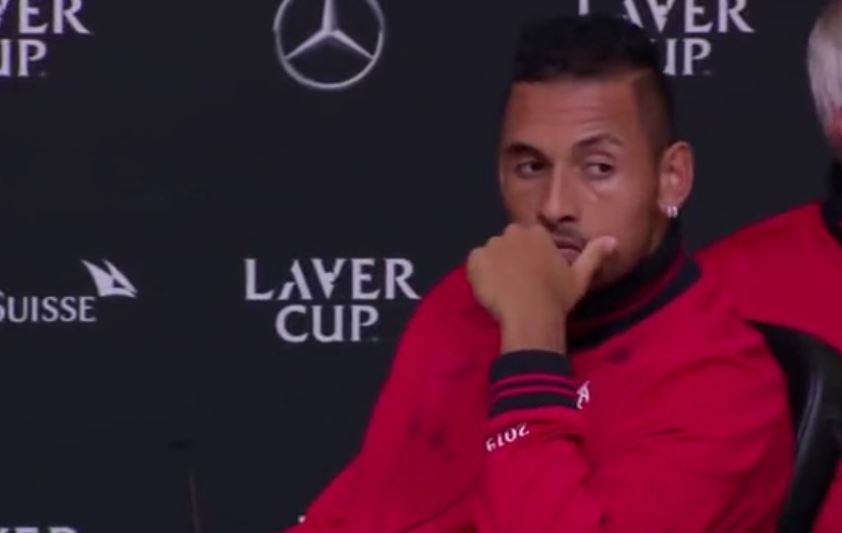 Team World had just lost the tournament for the third time running when Kyrgios faced questions.

He had pulled out of his final singles match with Dominic Thiem in Geneva due to an injury to his collarbone.

In fact, Thiem wasn't meant to be his opponent anyway as Rafael Nadal dropped out to set up a crucial final day match between two back-ups that American youngster Taylor Fritz won.

However Team Europe prevailed overall thanks to two narrow victories by Roger Federer and Alexander Zverev.

Sitting down for the post-match press conference, Kyrgios and Team World captain McEnroe gave short shrift to the journalists present.

As Kyrgios was asked a question, he ignored the reporter and began necking a Stella Artois – taking just six seconds to finish the 330ml bottle.

It was upsetting, this is one of my favourite events of the year, and for me to pull out of a match is never easy.

"Woah," he chuckled once finished, going on to deliver his reasons for pulling out.

The 24-year-old went on: "I’ve been feeling my collar bone for the last week, and I think the amount I played on [Saturday], the occasion, the pressure, I guess it was just a little bit too much for my body."

Earlier in the tournament, Kyrigos claimed he lost a tight match against Roger Federer because he was distracted by a stunning woman in the crowd – who he later offered to marry.

The incident didn't deter Kyrgios from talking up his love of the Laver Cup and disappointment at not playing on Sunday.

He added: “It was upsetting, this is one of my favourite events of the year, and for me to pull out of a match is never easy.

"I felt it would have been selfish if I was going to go out there and after a set call it, especially when we have someone like Taylor who is healthy and ready to go and more than capable of beating guys like Thiem.

“Obviously the loss is tough, but that moment is pretty special."