The fight was all over at the end of the first round, Frias left in severe pain on the floor in her corner after a brutal demolition job from Adams. 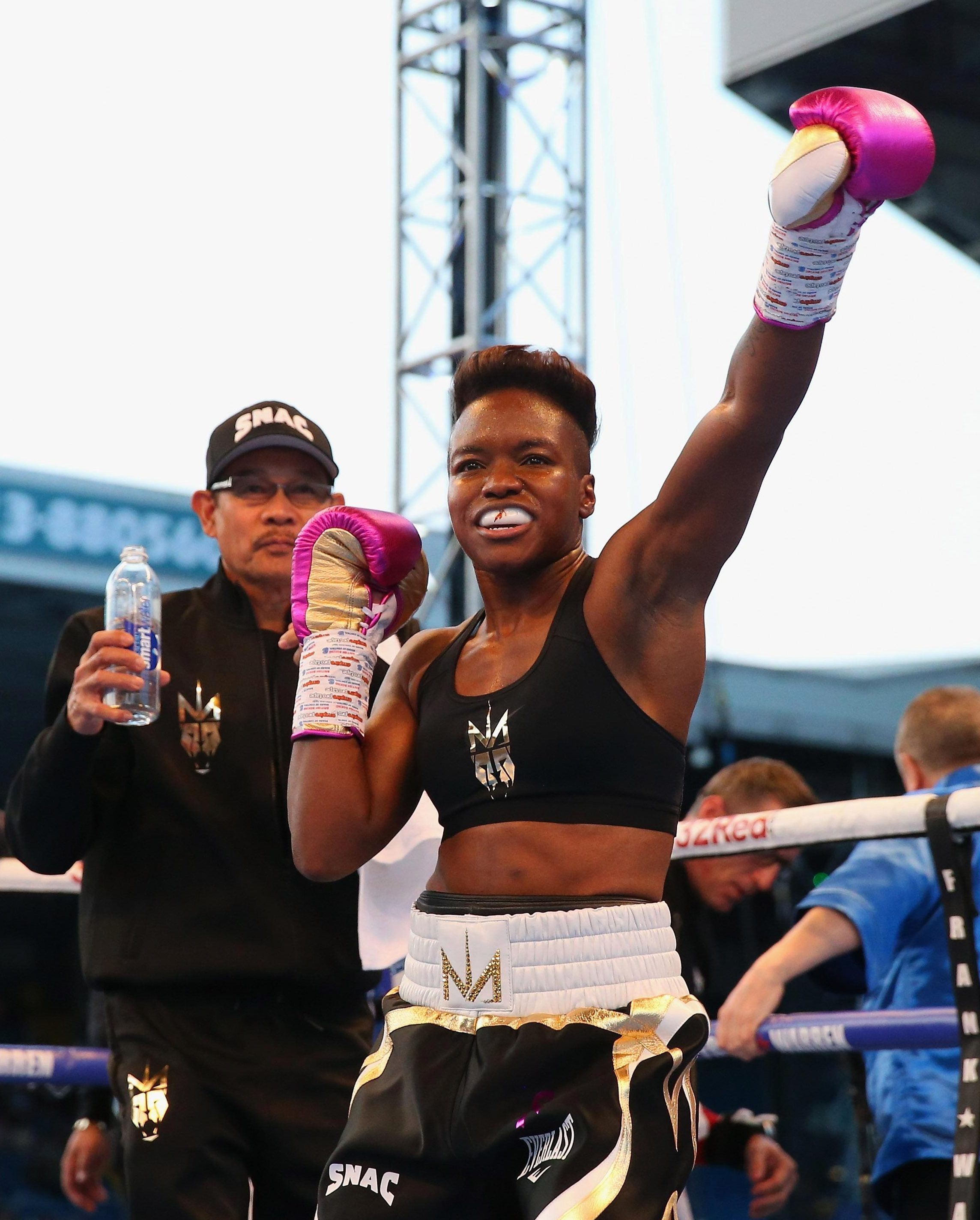 But there was plenty of confusion ringside as the clock ticked well past the allotted two minute mark, with the fight waved off 46 seconds into the third minute.

Bizarrely, the announcer read out that the fight was stopped at one minute 59 seconds of the opening round – which was clear to everyone present to be incorrect.

The double-Olympic champion has endured 12 months of hell after her mother Dee was diagnosed with breast cancer and then her relationship with fellow-boxer Marlen Esparza ended.

And leading up to this fight, Adams had to switch trainers after US-based Virgil Hunter was taken ill. 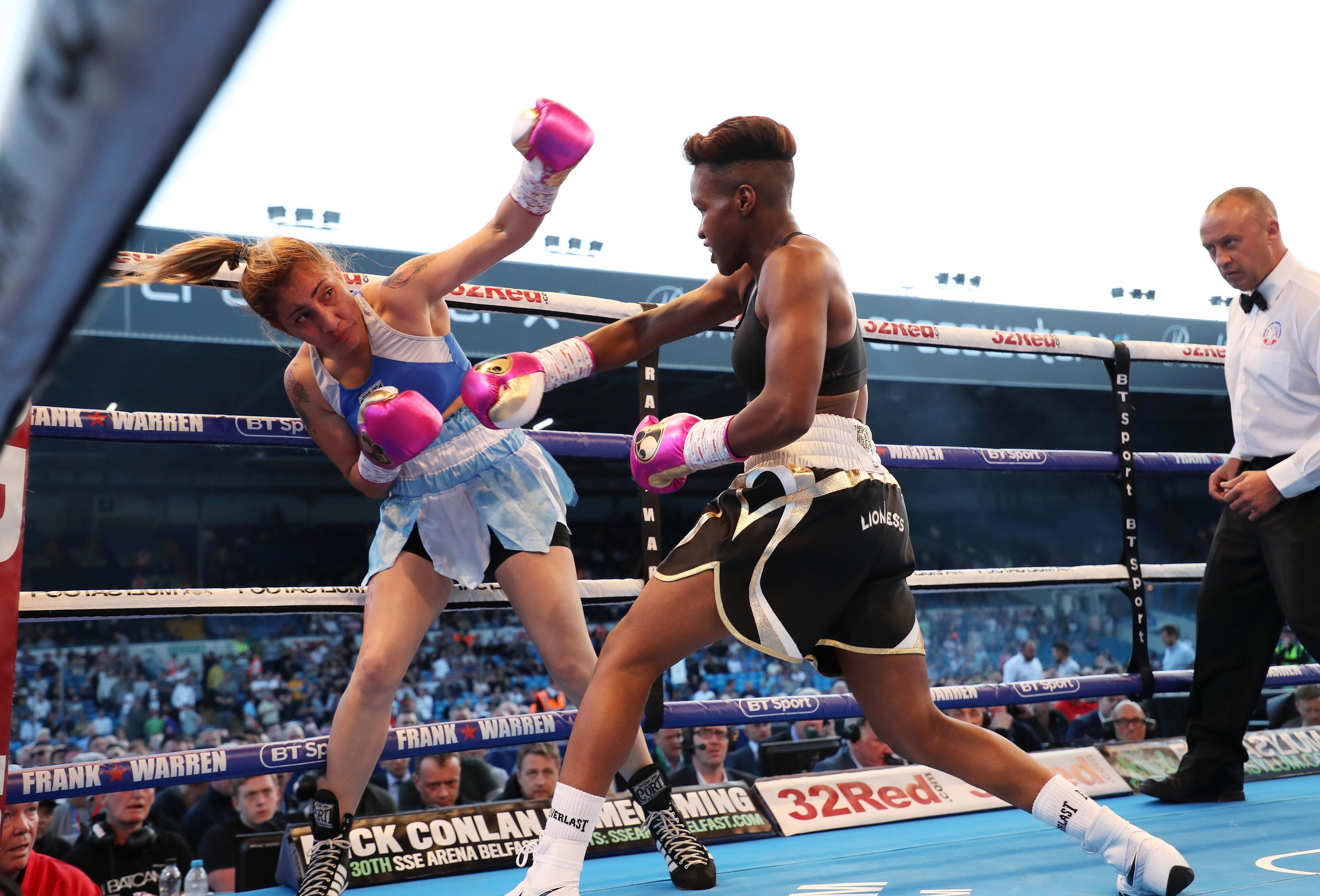 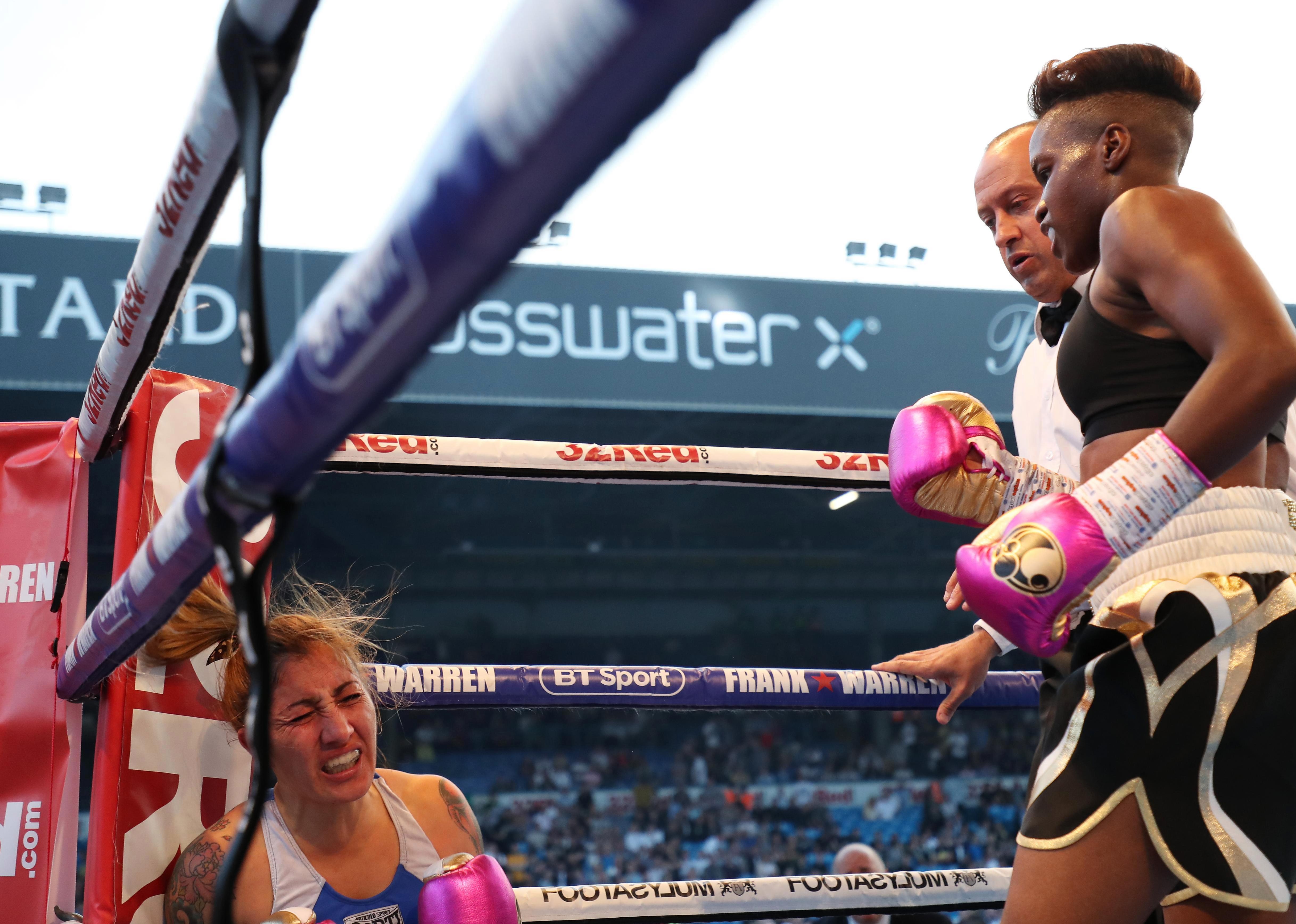 She signed with Nonito Donaire, father to the boxer of the same name who recently lost to Carl Frampton.

But today at Elland Road, a proud mum was in the crowd as Adams bagged her fourth win since turning professional with Frank Warren.

And the scalp of the experienced Frias on her record should not be frowned upon.

The Argentinian has twice fought for world titles, only losing on both occasions on points. 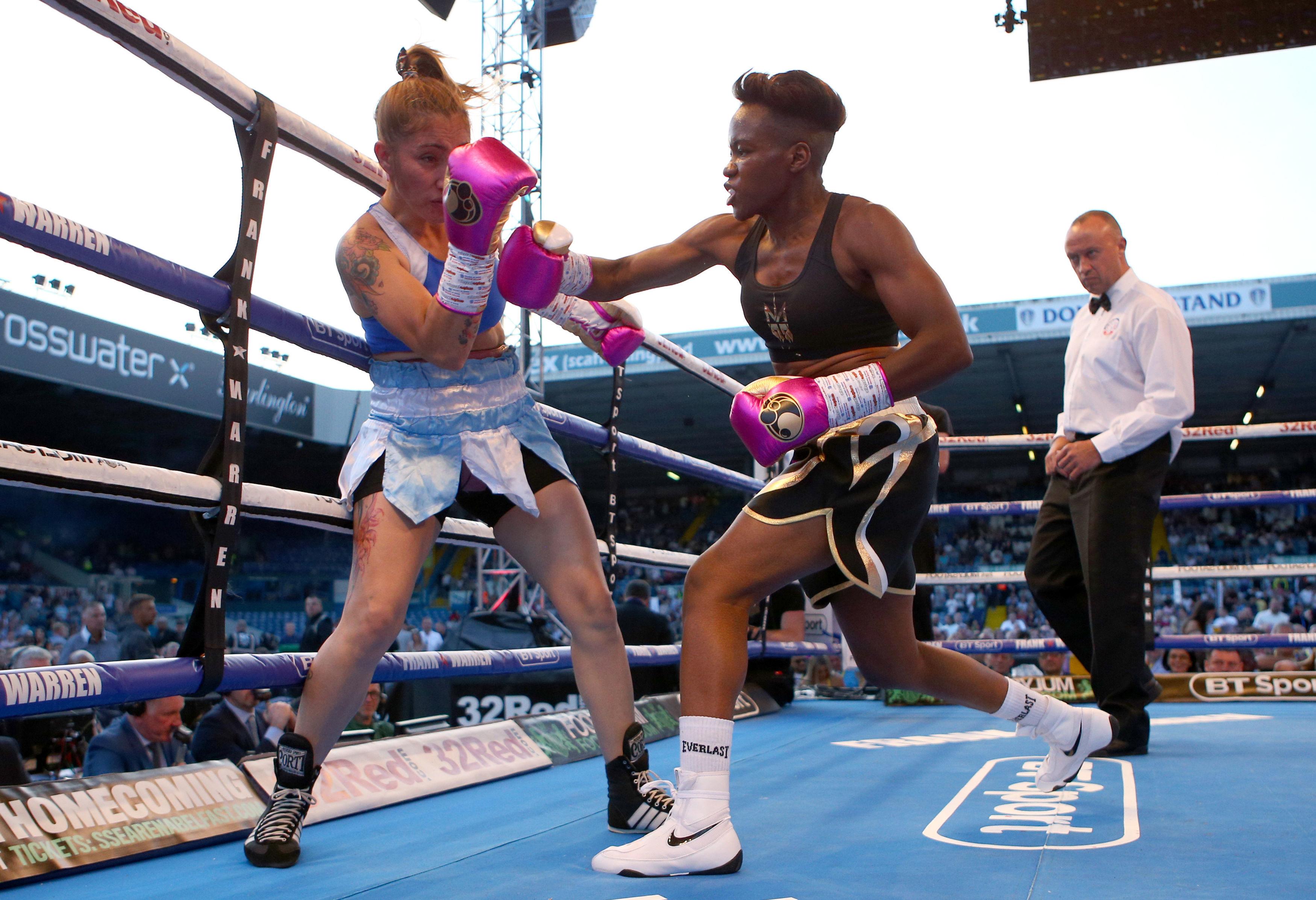 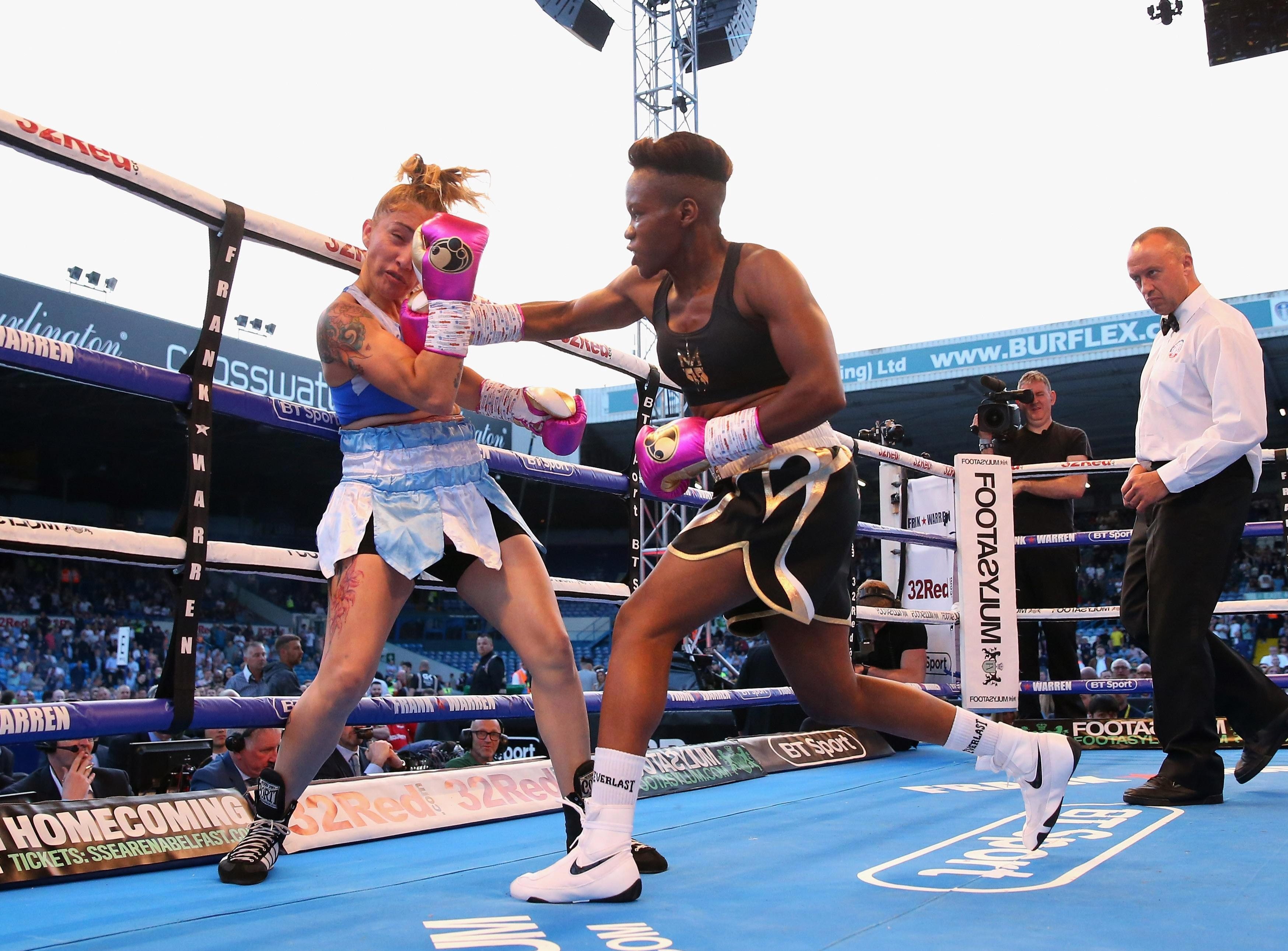 But this was a complete mismatch from the start, with many watching ringside imploring Frias’ corner to pull their girl out.

It was like watching an elite boxer battering the punch bag in the gym.

Frias offered little to nothing, and when she did swing out, Adams was catching her at will.

The only surprise was how the South American managed to last until the end of first round. And despite the bell sounding for the end, her grimaces of pain gave the referee an easy decision.

Adams’ joy was heightened as she was victorious at a stadium where she was more used to cheering on her team Leeds United than displaying the noble art.