NIKE are ditching their football kit templates for next season with Chelsea, Tottenham and Liverpool among the teams to benefit.

The American giants were widely criticised for some of their "boring" instalments this season but it appears Premier League fans are in for a treat in 2020/21. 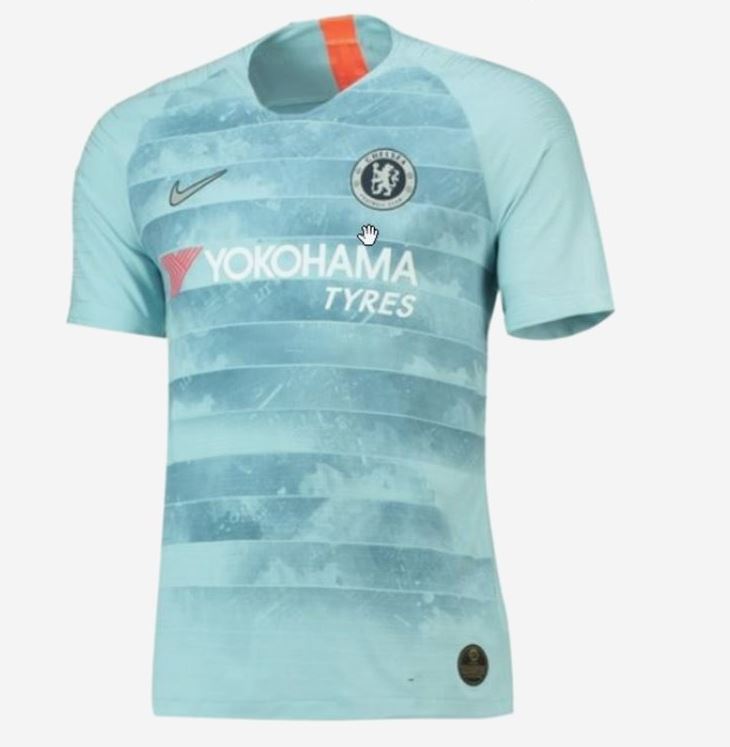 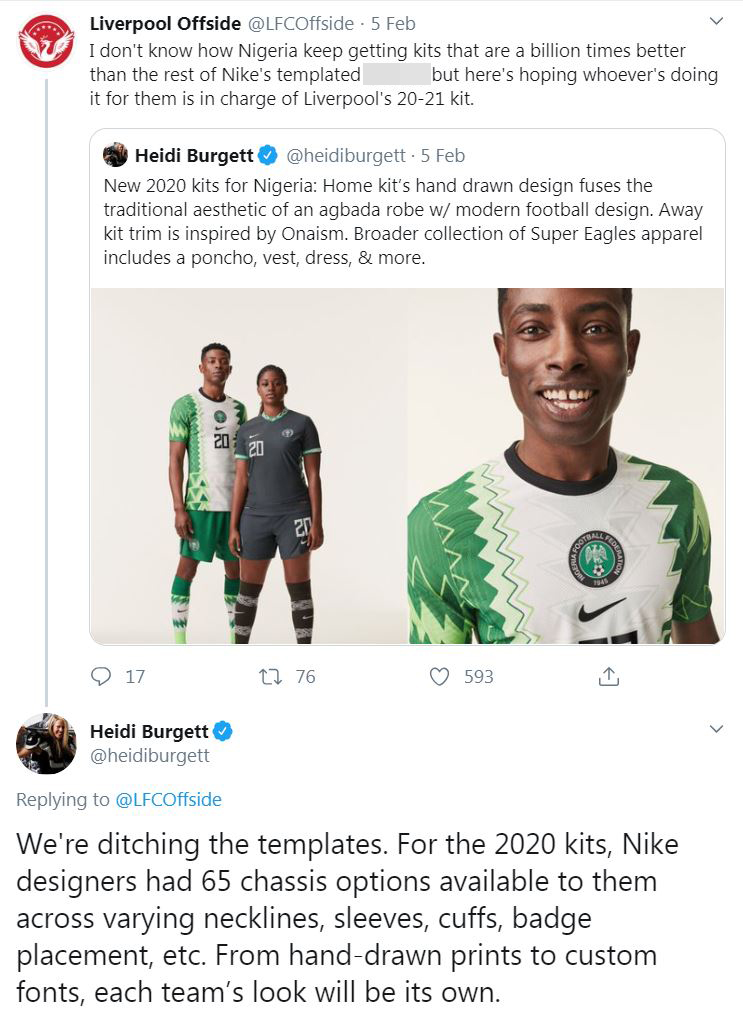 Brighton, Chelsea and Spurs currently sport the famous Nike swoosh on their chests with Prem champions in waiting Liverpool signed up for the next campaign.

And after criticism online, Nike's senior director of global communications Heidi Burgett confirmed each team would have their own unique design for 2020/21.

Responding to a Liverpool account on Twitter which posted hoping for better kits than "Nike's templated bulls***", Burgett was quick to set the record straight.

She tweeted: "We're ditching the templates. 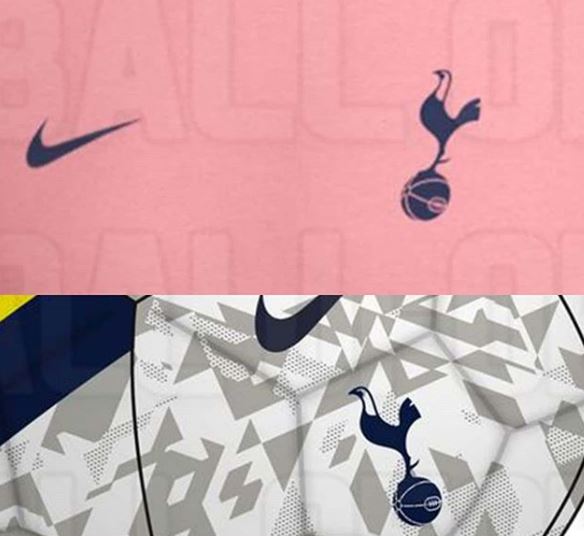 "For the 2020 kits, Nike designers had 65 chassis options available to them across varying necklines, sleeves, cuffs, badge placement, etc.

"From hand-drawn prints to custom fonts, each team’s look will be its own."

Football fans have already had a peek at what they can expect after Nike released international kits for Nigeria, USA and South Korea.

Another said: "The drip of those socks are lit."

Before Stanley said: "I can wear this jersey with anything."