Ireland named a strong squad for next month's tour of Australia as coach Joe Schmidt opted against resting some of his Six Nations grand slam winners in favour of building further momentum ahead of next year's World Cup. 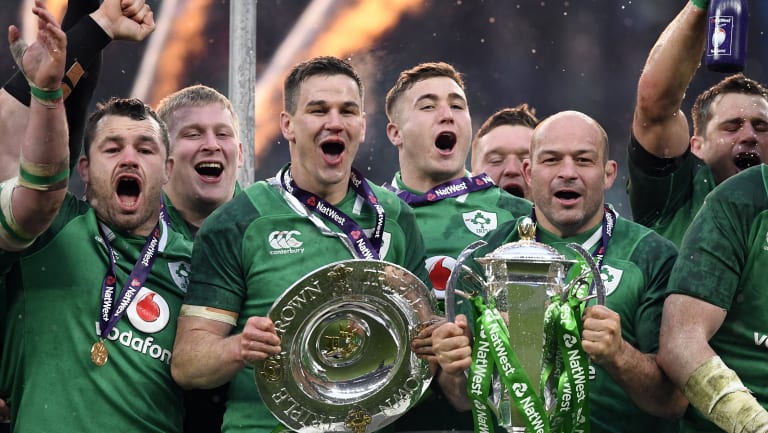 No rest: Ireland have named a full-strength squad for their tour of Australia.

The clean sweep of their Northern Hemisphere rivals cemented Ireland's place as the second best ranked team in the world and they travel for three tests starting in Brisbane on June 9 on the back of 12 successive victories.

While some thought Schmidt may have given the likes of Johnny Sexton and Conor Murray the summer off after they toured New Zealand with the British and Irish Lions a year ago, all available frontline players were chosen on Wednesday.

"This has probably been the most difficult selection process for the coaching group to date," Schmidt said in a statement.

"Over the past couple of months the national coaches have spent time in the provinces and been in communication with the provincial coaches who have done a super job in managing the players across the season."

Beirne, who was released by his home province of Leinster two years ago, scored 11 tries in helping the Welsh side to the European Champions Cup semi-finals this season and was among the long list of nominees for European player of the year.

Another former Leinster player who has thrived elsewhere, Ulster scrumhalf John Cooney, will also get a chance to add to the single cap he won as a replacement against Japan last year.

Elsewhere, Leinster flyhalf Ross Byrne earned a first call up after an impressive year as Sexton's understudy at the European champions.

Ireland, who have beaten the Wallabies in three of their last four meetings but last won in Australia in 1979, move onto Melbourne for the second test on June 16 and finish their last tour before the World Cup in Sydney on June 23.