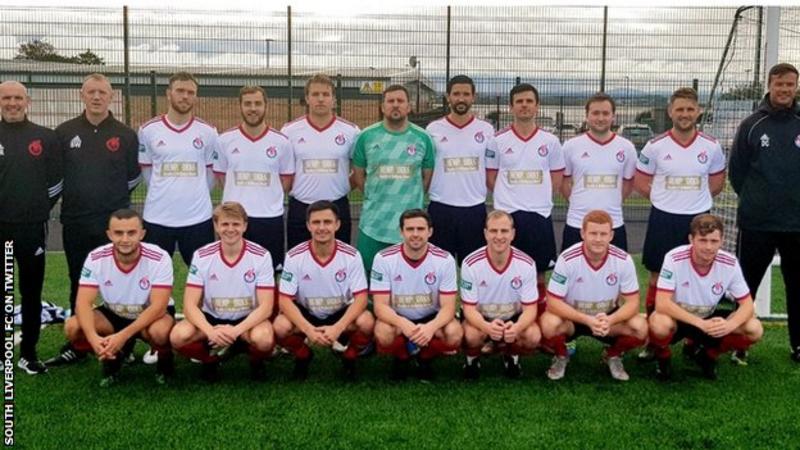 It has been a tough week for South Liverpool FC.

After a race against time, they realised on Monday, through no fault of their own, they wouldn’t get the work on their ground done in time to guarantee promotion to the North West Counties Football League.

Seventy-two hours later, they discovered it would not have mattered anyway.

The Football Association was confronted with a pretty difficult problem when they discovered most non-league clubs wanted the season to end straightaway.

It is fair to say their decision to declare the entire 2019-20 season from tier three of the non-league pyramid null and void, and scrap promotion and relegation, has not gone down well with some clubs.

South Shields are particularly upset as it has cost them almost certain promotion to National League North. Vauxhall Motors and Jersey Bulls had already mathematically secured promotion but they will not go up either.

The North West Counties League has written to the FA to ask for an explanation. For South Liverpool, the cost is financial as well as being denied entry into the NWCL.

“I don’t see how you can just turn round and say a league that is well over halfway through has not happened,” club secretary Jim Stanway told BBC Sport.

This is his club’s story.

Founded in 1935, South Liverpool were once a non-league side of some repute, playing in the Lancashire Combination and then the Northern Premier League at Holly Park.

They reached the FA Cup first round eight times and the second round twice. Liverpool players John Aldridge and Jimmy Case used to play for them. Legendary Hungarian Ferenc Puskas did so once, in a charity game.

South Liverpool applied to join the Football League on 10 occasions. They were unsuccessful every time.

A combination of financial problems and their club house being burnt down in the late 1980s sent the club into a tail spin and by 2006, they were in the first division of the Liverpool County Premier League.

Plenty of people in Liverpool had forgotten they even existed.

Moving to the West Cheshire League, South Liverpool started to do well again, climbing steadily from the third division in 2012 into the top division. But, without floodlights at their North Field home, further progression was impossible.

Construction of the nearby Jericho Lane soccer hub changed that. South Liverpool were invited in as a key tenant, played their first matches there in January 2019 and immediately saw the possibilities.

The decision was not without risk. Upgrades were needed at a cost of approximately £20,000. 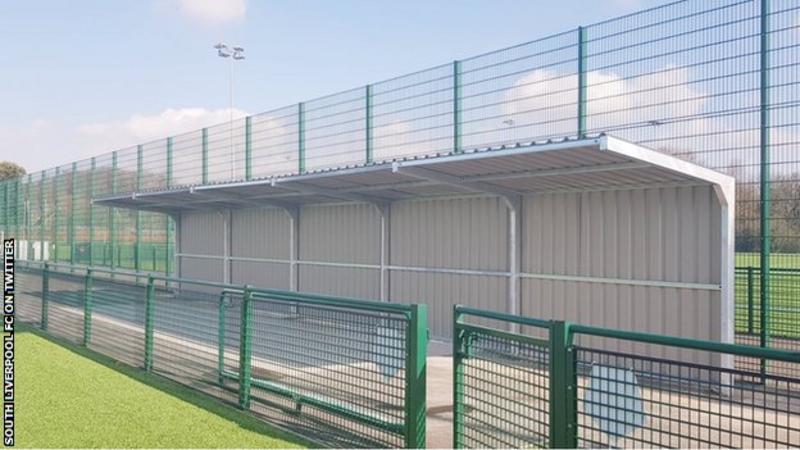 There was the big stuff: a covered terrace holding at least 100 spectators was needed, with solid sides; bigger changing rooms, not just for the two teams but the match officials as well; fencing behind the goals, which had a recess for the goals to fit into, needed to be changed and a new entrance, with a walkway, to allow the officials to leave through a different gate to the spectators had to be built.

Then there were the little things. An alarm system had to be fitted to buzz the teams to let them know it was time to head out onto the pitch. Exit signs. Signs for the home and away dugouts.

South Liverpool are not a poor club but they needed help for this.

Grants were applied for. But the process is slow. They were assured from football bodies the money would be paid. However, with a looming deadline of 31 March for the work to be done, South Liverpool had to commit before the finance arrived.

Monday should have marked one of the final stages as the fencing work was due to be completed. It never happened. The company doing the work had effectively gone into lockdown. Hours later, Boris Johnson delivered similar news to everyone else.

When the FA called time on their season, South Liverpool were unbeaten and eight points clear of Mossley Hill Athletic, who had two games in hand. Due to non-league restructuring, they actually only needed to finish fifth, as long as they were above Ashville, who were 16 points behind.

Had the FA opted to add a current points per game average to the remaining games of the season, as many expected, South Liverpool would have been the West Cheshire League champions for a fourth season out of six and heading for the NWCL.

Instead, like South Shields, Vauxhall Motors and Jersey, they must stay where they are.

Unlike South Shields, they are not making a massive noise and do not have the finances to contemplate legal action.

They can only shake their heads and hope.

“I did email the FA and ask for an explanation but I haven’t had a reply,” said Stanway.

“If they have declared the season null and void, does that mean all the money they have taken from disciplinary fines is going to be returned as well.

“We had a nest egg, which we used for the work we have done but we need those grants to be paid. I am sure they will be and providing that happens, we will be OK financially. Other clubs will be in a worse position than us.

“Obviously I don’t agree with what has happened.

“And you never know what the ramifications might be. We have spent this money but we can’t get promoted and the restructuring of the league has been delayed. You never know, we might not be in this position again.”