The starting offer is for $1 million a year for five years for the young out-of-contract Pies star.

St Kilda have also made an offer close to North’s position. 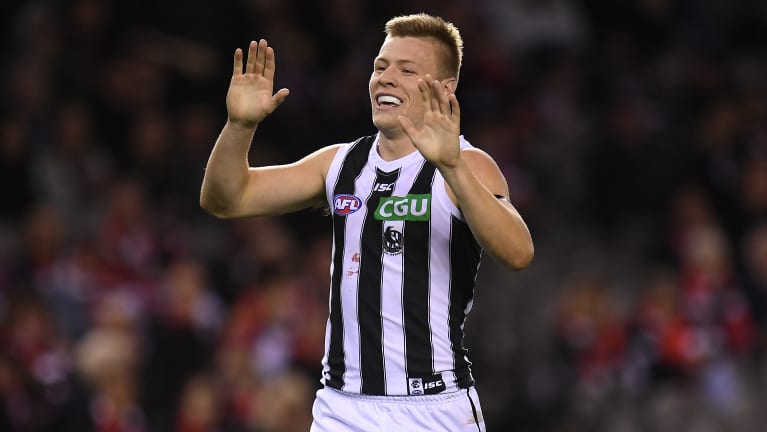 Collingwood have opened negotiations with De Goey’s manager Ben Niall after both parties agreed at the start of the year to put off talks until the middle of the season, following another suspension for De Goey for an off-field indiscretion.

Since then De Goey has significantly turned his football career around and has this year become one of the rising stars of the competition.

The question now has moved from whether Collingwood wanted to keep him to how much they will have to pay to keep him.

The trend for several years in football has been for players, outside of those moving home from interstate, to stay at clubs for significantly less money.

The uncontracted midfielder-forward fuelled contract speculation after the Queen's Birthday match against Melbourne when he indicated in a TV interview that he was keen to remin at COllingwood and a deal would be signed soon.

Niall moved after that to quash rumours that he had already re-signed.

It is unknown if the player favours a long- or short-term deal. When Josh Kelly stayed at GWS he did so for a two-year deal.

Dustin Martin is the most recent and obvious big name player to stay at a club for less money than he would have earned elsewhere, when he chose to remain at Richmond instead of moving to North Melbourne.

Martin and Kelly were the latest players to pass on big money offers to join the Roos.

The Age this week revealed that the Roos had employed veteran football manager and deal-maker Graeme Allan as a consultant to help them land a big name trade. Allan was briefly at Collingwood and would have a reasonable knowledge of their salary cap position.

Ollie Wines recently re-signed with Port Adelaide on significantly less money than he would have earned had he decided to move back to Victoria.