ASTON VILLA enjoyed a right royal rout – in front of the future king.

Prince William was sat in the stands to watch his beloved Villa, alongside his wife Kate and kids. 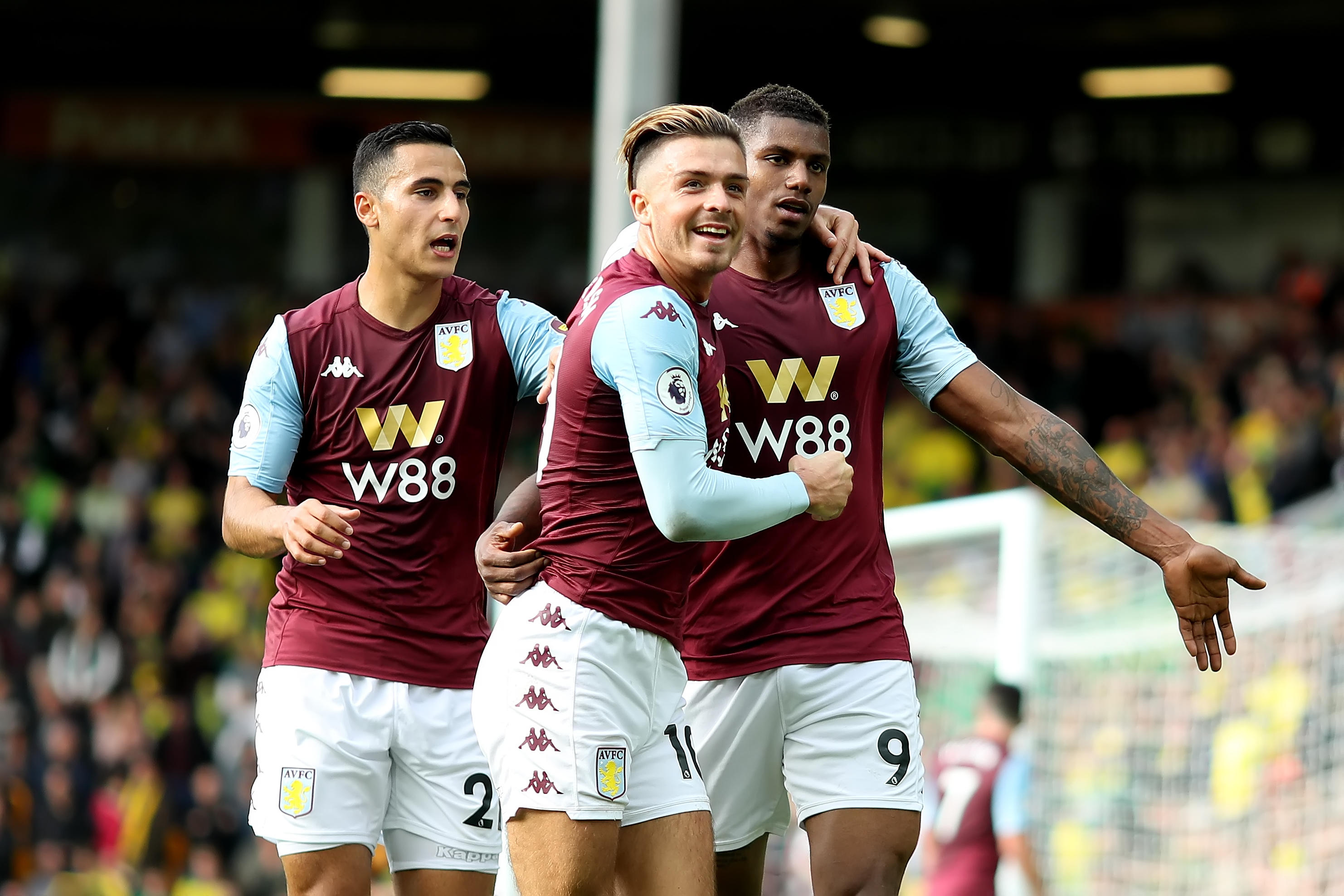 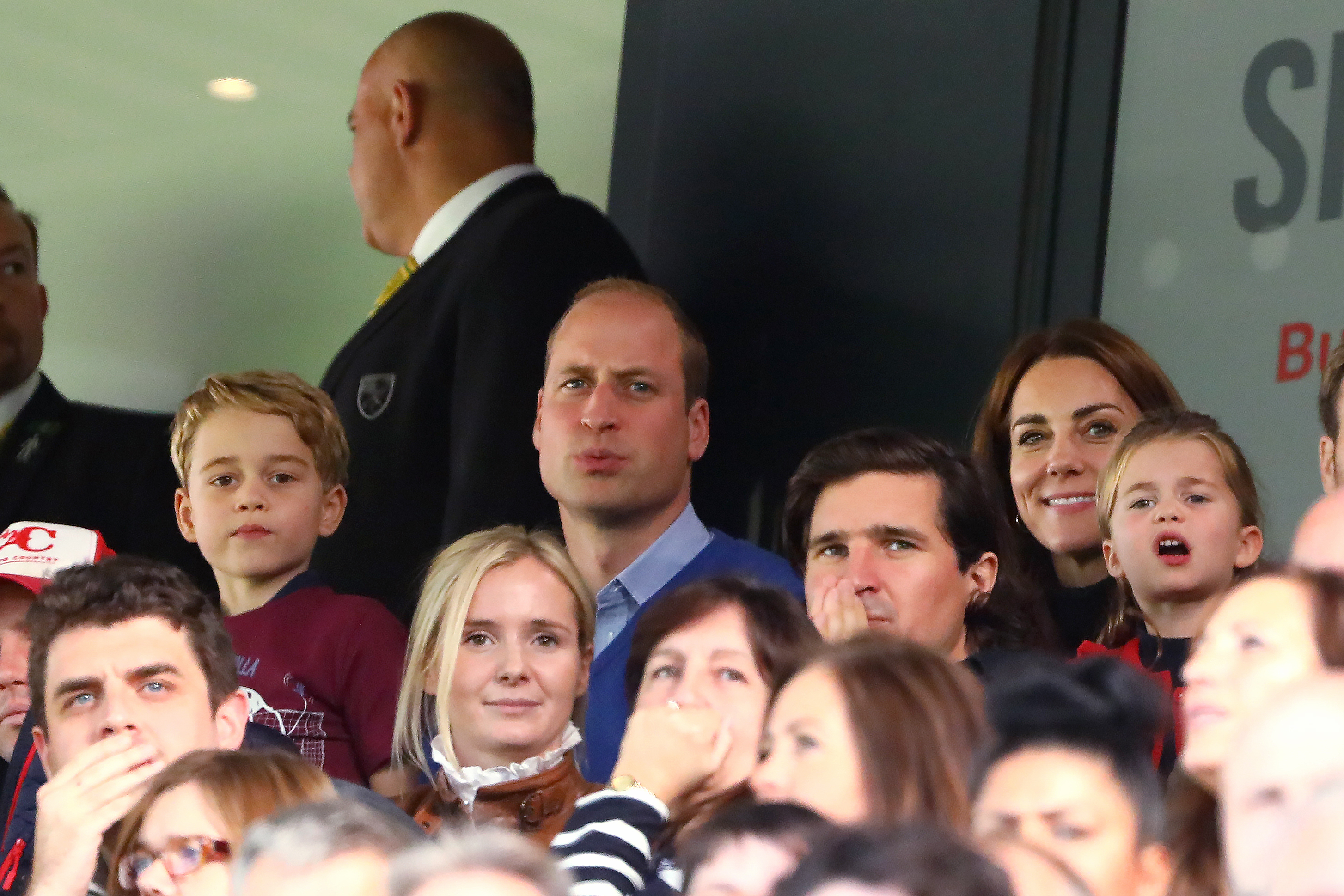 And Dean Smith’s side went on to put in a regal performance befitting of the surprise Carrow Road guests.

Jack Grealish – the Fresh Prince of Villa Park – scored and ran the show, while their new Brazilian goal king Wesley bagged a brace.

And Connor Hourihane and Douglas Luiz crowned things for the visitors in what was a day trip to remember for the Cambridges.

Wills took a punt bringing his family to this one given Villa had not won away in the Premier League since August 2015 – and had lost their last ten on the road in the top flight.

Yet Smith’s men made things heir-y for the hosts from the off – and Prince George and Princess Charlotte will now be Villans for life.

It was only three weeks ago that Norwich dethroned champions Manchester City here.

Yet the Canaries played like paupers in front of the prince yesterday.

And three defeats on the spin has seen Daniel Flarke’s flops slip into the bottom three.

Yes, Norwich have been ravaged by injury and had nine men missing again yesterday.

But their defending was not even Championship standard against their fellow newly-promoted rivals.

With Norwich’s two first-choice keepers Tim Krul and Ralf Fahrmann both sidelined, Michael McGovern was making his first Premier League start at the age of 35. 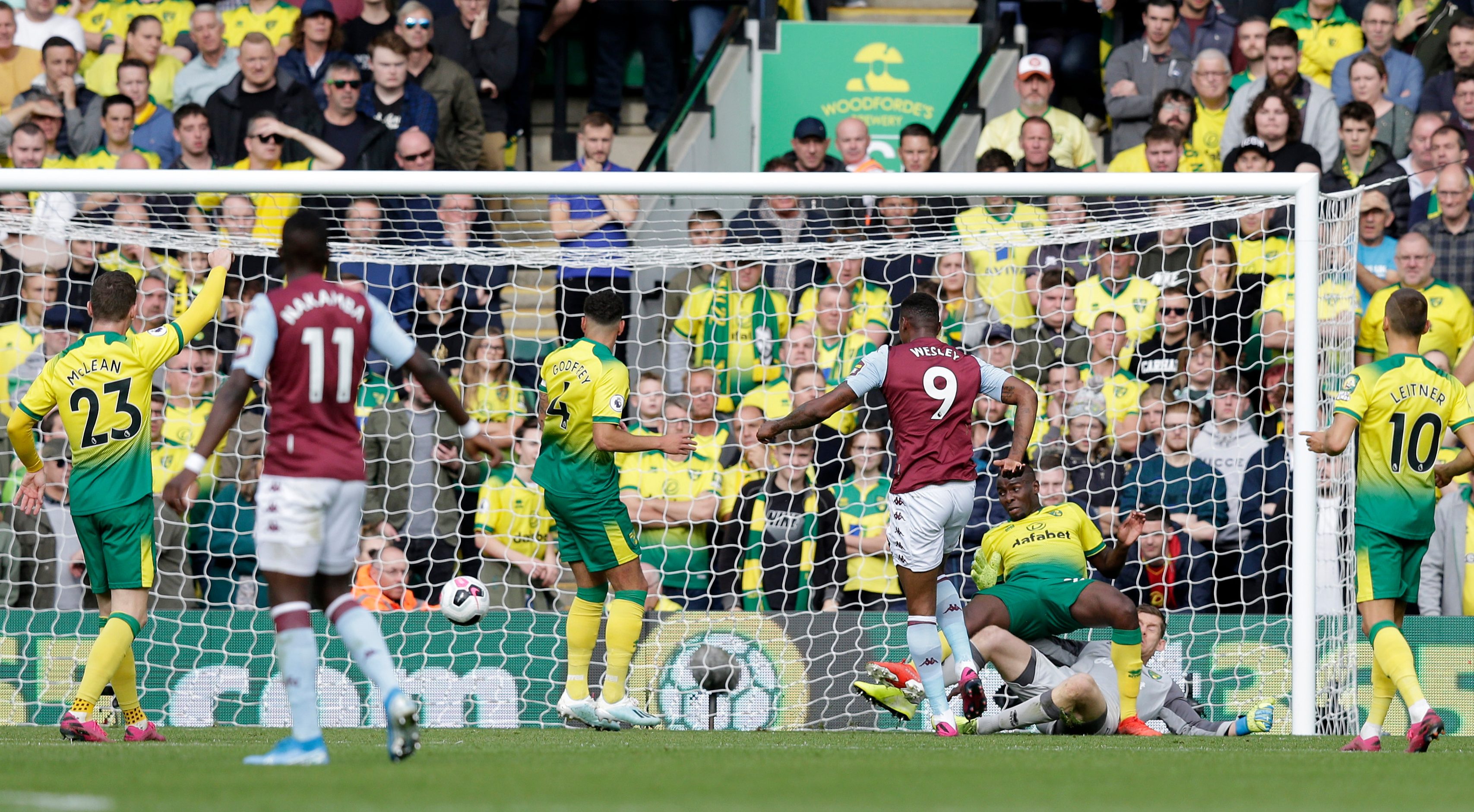 But on what should have been a proud day for Northern Ireland’s Euro 2016 hero, he ended up shipping in five – the first of which came after 14 minutes.

From the right edge of the box, the tricky Anwar El Ghazi twisted and turned before curling a cross in.

Norwich centre-halves Ibrahim Amadou and Ben Godfrey appeared to be oblivious to the fact Wesley was in between them.

And as they strolled out in a line, they left the big Brazilian behind them but onside to control with his chest and guide past McGovern, before running over to high five his fans, who left off claret and blue flares.

McGovern then got lucky when Wesley’s header bounced off his chest but El Ghazi could only nod the loose ball against the bar.

Yet there was no respite for Norwich, as free-flowing Villa doubled their advantage after half-an-hour. 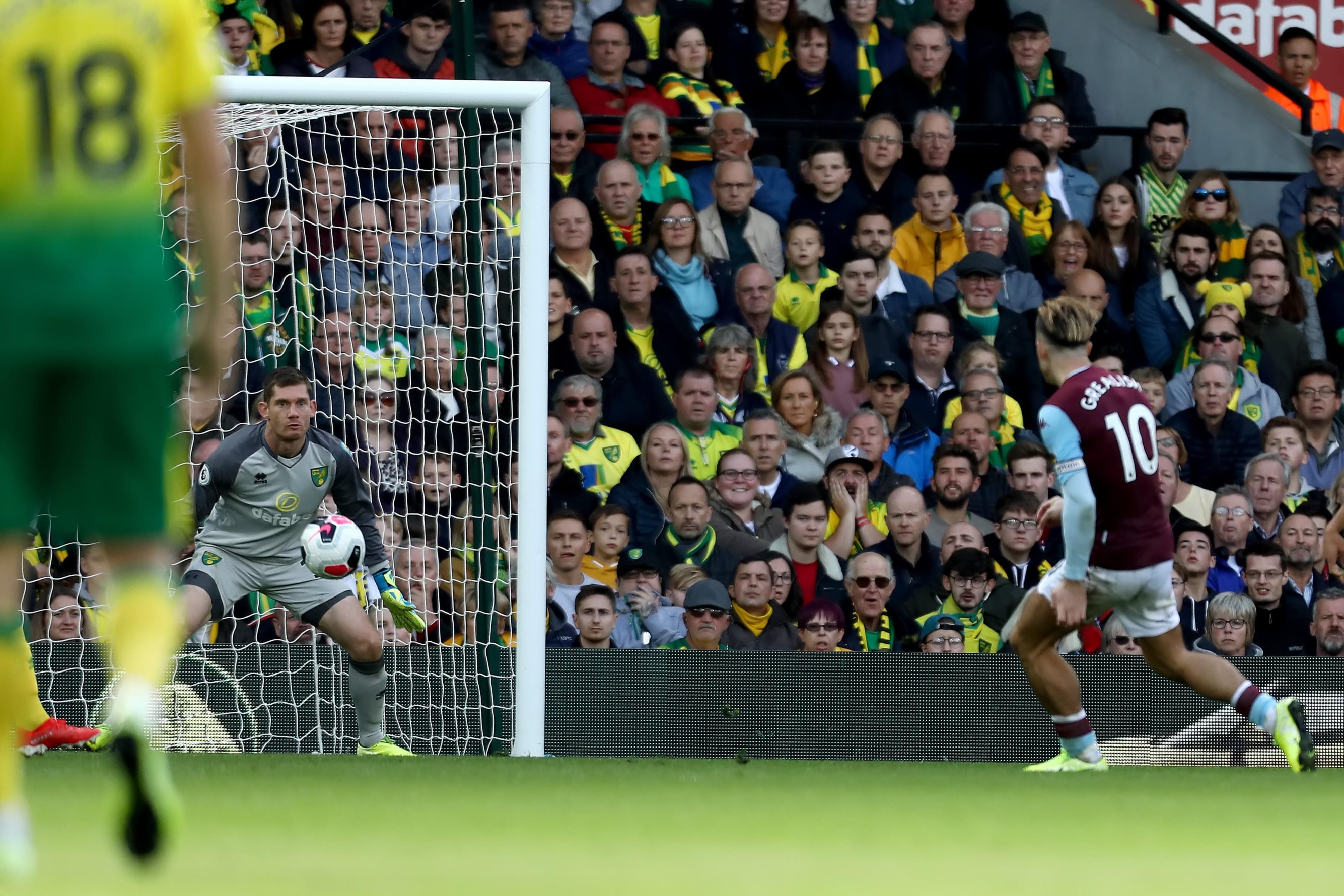 And the latter then centred for Wesley, who was again the Invisible Man as far as Amadou and Godfrey were concerned, as he found acres of space between the hapless pair to tap in.

Wesley was trolled on Twitter by his own fans after his flop against Burnley last week.

But social media would have made happy reading for the club’s £22m record signing last night – even though he should have completed a first-half hat-trick.

While Amadou was running about in his sock after losing his boot in a tackle, Grealish’s clever pass saw Hourihane nick the ball in front of Kenny McLean, who scythed down the midfielder for a blatant penalty.

But Wesley blew his chance of a treble as McGovern made a smart save to his right, then got up quickly to get in the way of the striker’s rebound.

If that gave the Canaries a glimmer of hope going into the interval, it was dashed four minutes after the restart.

Grealish drifted across the pitch and passed to El Ghazi, who gave it back first time to his skipper to slide in left-footed for his first goal of the season.

Then Villa made after 61 minutes – and Norwich only had themselves to blame as they again lost the ball trying to play out from the back.

This time it was Emiliano Buendia who was robbed by Targett, before Hourihane took over proceedings and lashed in left-footed – causing Prince George to punch the air in delight.

The fifth came in the 83rd minute as sub Luiz curled in a stunner from 25 yards.

And even Norwich sub Josip Drmic’s 87th-minute consolation – after Tyrone Mings’ horror back pass to Heaton – could not dampen the mood of Villa or their royal fans.