NOTTINGHAM FOREST fans taunted Derby's drink-drive shame star Tom Lawrence with chants of "you should be in jail" as the two rivals clashed.

Lawrence and team-mate Mason Bennett were spared from going to prison last month after the horror smash after a team-bonding night that left captain Richard Keogh unconscious in September. 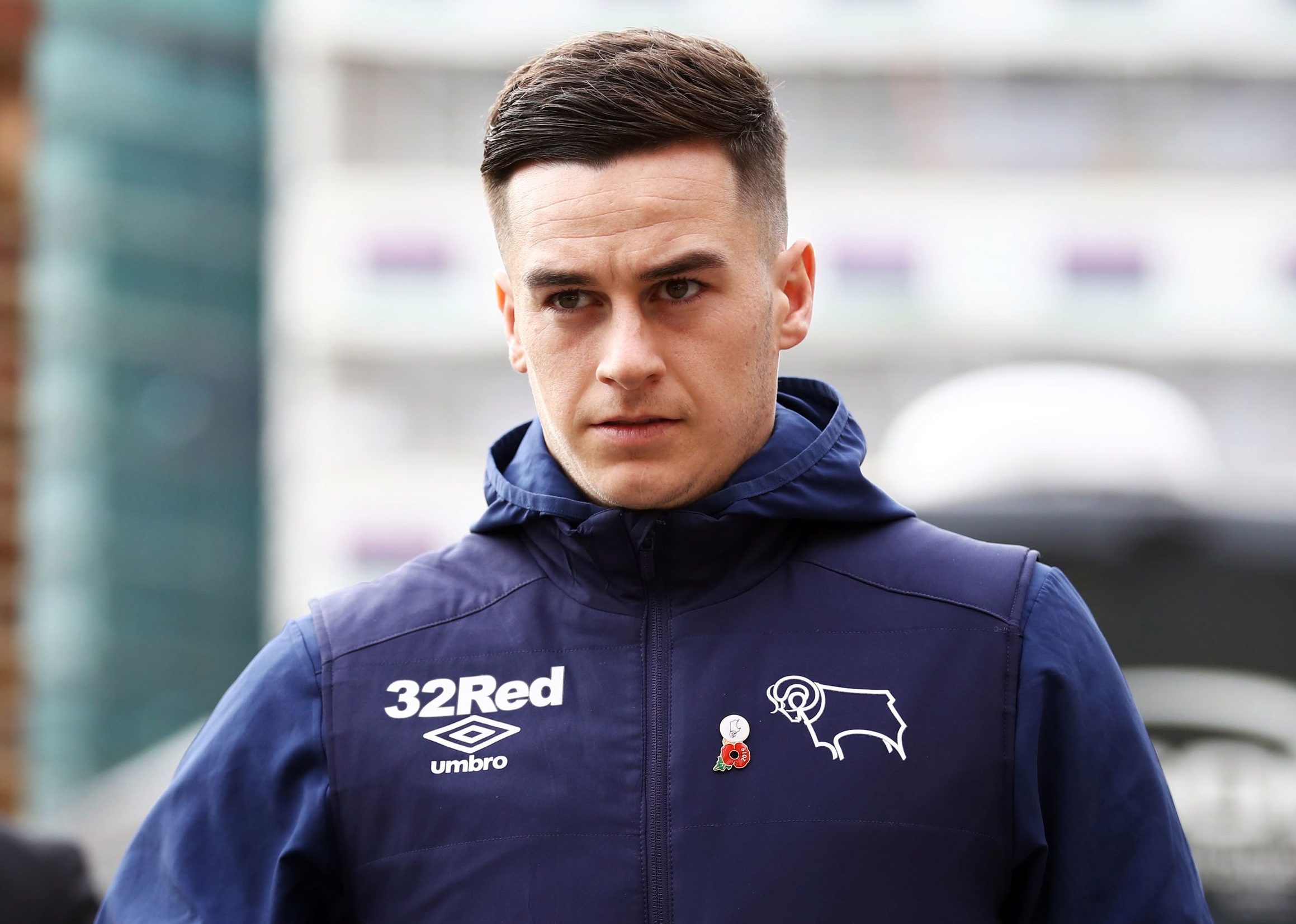 Keogh was eventually sacked by the club for his role.

Today's Championship encounter at the City Ground was the first meeting between the neighbours since the incident.

So Rams fans wasted no time in letting Lawrence know what they thought of him after he was named in the starting line-up.

This was accompanied by an applause emoji.

A fan tweeted back: "It's actually dead boring."

But O Duda responded: "Aye just like he left Keogh for dead in the car"

Derby had organised safe travel for their players after the team-bonding event.

But boozy players still wanted to drive after a marathon bender in Derby.

Keogh, 33, was left with a season-ending knee injury and was fired.

But Lawrence and Bennett avoided the sack because owner Mel Morris "did not want them to end up at Leeds on a free".

He wants them to get their punishment on the pitch, so Forest fans indulged him today.

Forest and Derby have had a hated rivalry since the days of Brian Clough, who managed both teams in the 60s and 70s.

Derby fined both Lawrence and Bennett the maximum six weeks' wages for drink-driving.

Forest beat their despised neighbours 3-0 in the Carabao Cup in August.