SYRACUSE — During a recent homestand, the Syracuse Mets trotted out a lineup featuring two players born during Ronald Reagan’s first term and another born during Jimmy Carter’s presidency.

In its first season as the Mets’ Class AAA affiliate, Syracuse has relied on an unusually mature bounty of past-their-prime veterans (and, notably, one former professional football player). Coming out of the All-Star break, Syracuse’s position players had combined for 9,472 games of major league experience.

Journeymen such as Rajai Davis, 38, Rene Rivera, 36, and Gregor Blanco, 35, came to upstate New York in search of one more shot at the big leagues. In return, Syracuse has seen a rise in fan interest thanks to the name recognition of former All-Stars and World Series would-be heroes several years removed from their prime.

Depth, yes, but little youth. Traditionally, Class AAA has been the level for prospects in need of extra seasoning before reaching the majors, a few journeymen who shuttle back and forth as depth pieces, and one or two players at the end of their careers pining for one last go-round.

The brightest young prospects often spend most of their minor-league time developing in Class AA before skirting through Class AAA in a matter of weeks — if at all. Fernando Tatis Jr. of the San Diego Padres skipped straight from AA to the majors and is a leading National League rookie of the year candidate.

But the Syracuse Mets and their storage locker of relics are more top-heavy than most, with their pipeline of prospects having been depleted with recent trades and call-ups. Baseball America ranked the Mets’ farm system at No. 26 in late July — and that was before they traded their two top pitching prospects, Anthony Kay and Simeon Woods-Richardson, to Toronto for Marcus Stroman as they aimed for the short-term goal of a wild-card berth this year.

Syracuse’s average age of 30.2 years for a position player is the oldest in Class AAA, according to Baseball Reference, and a full 3 years older than the International League average. (The average position player age on the Yankees Class AAA team is 26.8.) 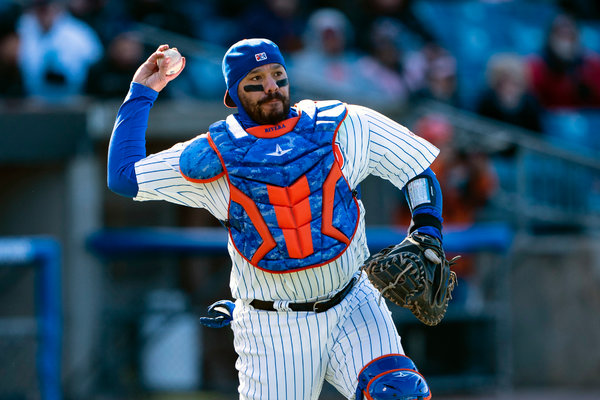 “From an outsider’s perspective, it’s an organization that’s kind of in limbo,” a scout for an American League team said of the Mets, requesting anonymity to speak freely about another club. He added that franchises in similar positions average about two to three years to rebuild a farm system when done correctly.

That timeline may be extended for the Mets. Before the Stroman trade, they already shuttled out several top prospects in splashy trades for All-Stars who have underperformed.

With the Mets needing to fill roster space in Class AAA, Syracuse became an appealing option for veterans like Rivera who could only muster minor league offers last winter. When Matt Kemp, an All-Star in 2018, signed a minor league deal in late May, he said he did not expect to be in Class AAA for long, envisioning Syracuse as a quick launching pad for a return to the majors. He was right, but not in the way he expected — the Mets released him in July.

“The first thing you look at is where’s the best fit to play in the big leagues at that time,” Rivera said.

Rivera and other veterans created a private WhatsApp chat group for the former major leaguers stationed in Syracuse. They empathize over similar goals and adjusting to life in upstate New York, where the clubhouse is cramped and major league amenities like a private chef are replaced by a pantry with Cup O’ Noodles and packets of instant oatmeal.

When Carlos Gomez was called up to the Mets in May, veteran colleagues bombarded him with texts to put in a good word about his aged brethren in Class AAA.

“Things like, ‘Those Triple-A guys are doing a great job,’” Blanco said, smiling.

Doug Glanville, who played nine years in the majors, believed most former pros on minor league deals believe they are auditioning for 30 teams, not one. Still, the veterans treading water in Syracuse have made the best of their circumstances.

The access to former major league stars was a big draw for many fans who frequently attended games this year, said Jen Zingaro, a Mets fan from nearby Liverpool. After home games, dozens of autograph seekers wait outside NBT Bank Stadium — a nondescript field shadowed by tall trees, weeds and random moving trucks parked beyond the outfield wall — with binders full of cards featuring Syracuse Mets players from their major league stops.

Attendance has been up more than 22 percent compared to last year, when the franchise was affiliated with the Washington Nationals. In mid-June, Syracuse reported an average paid attendance of 4,505. (The presence of Tim Tebow has likely helped, too — football apparel featuring his name was still in vogue at home games until a hand injury in July knocked him out for the season.)

Eddy added that Syracuse could also be experiencing a bump in ticket sales because of the “honeymoon period” with the Mets, an organization that has had checkered pasts in keeping their Class AAA affiliates happy. Since 2006, the Mets have had five different Class AAA locations. Last October, the Mets signed a 25-year lease at NBT Bank Stadium, where $26.25 million in upgrades have been pledged by the state, county and city.

With a sizable concentration of Mets fans in upstate New York, some locals did say they’d like to eventually see more young prospects. While Syracuse’s short-term strategy of making lemonade out of old lemons has worked through most of their first season under the Mets umbrella, time is running out for a call-up. None of the elder statesmen in Syracuse are on the Mets’ 40-man roster.

“It can be difficult at times,” Davis said of not being in the majors, where he collected seven at-bats this season with the Mets before heading back to Syracuse. “Sometimes frustration leaks in. You don’t want that to affect you, your playing ability. I’m playing for not just myself, I have a family.”

The Mets have instead chosen for much of the season to give outfield reps to out-of-position infielders on their active roster. Gomez was designated for assignment after 34 games with the major league club.

“As you get older in the game, you know your time is limited,” Glanville said. “You always have to ask yourself, am I treading water here? There’s definitely a hamster wheel to professional baseball. You’re doing just enough to stay in the game but not enough to advance. That’s a tough spot.

“The minor leagues are full of prospects,” Glanville continued, “and suspects.” 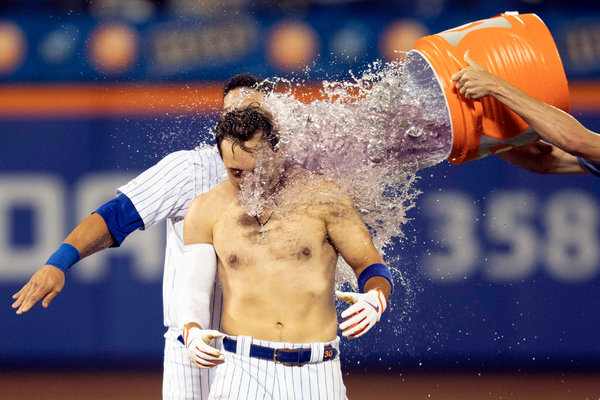 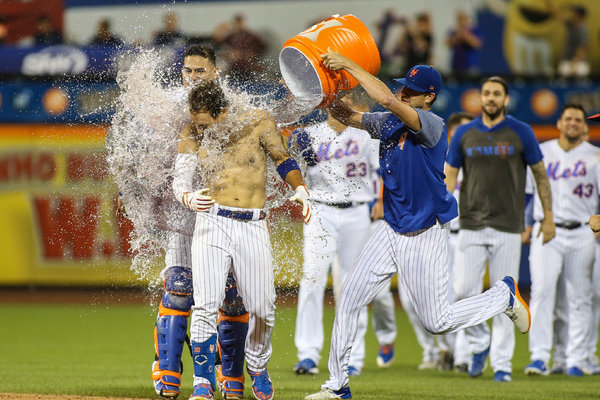 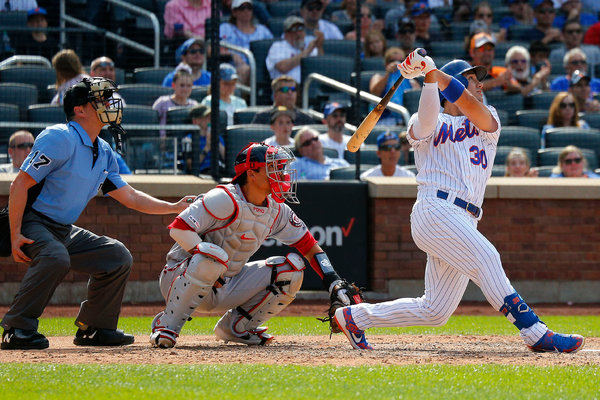