NSW have appointed former Test spinner Beau Casson as their batting coach as part of a revamp of the Blues' coaching panel.

Casson, who did not score a first-class century in his 53-game career, joins the Blues after an underwhelming season in which their batsmen produced only two Shield centuries, one of which came from former Test captain Steve Smith. 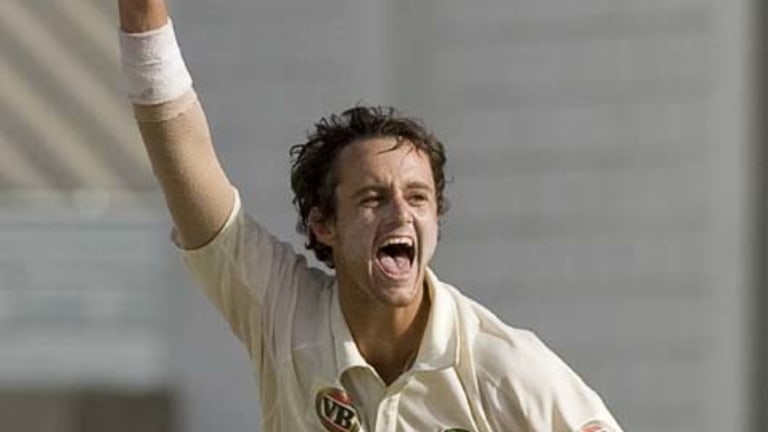 New appointee: Beau Casson celebrates after dismissing Xavier Marshall in Bridgetown during his first and only Test appearance in 2008.

Casson has been promoted from the state's pathway system to join bowling coach Andre Adams and newly appointed state coach Phil Jaques, who has taken over from Trent Johnston.

While batting was not Casson's primary discipline, the former left-arm wrist spinner was a capable lower-order batsman who averaged 60 in one Shield season and had a highest score of 99.

He played his only Test for Australia against the West Indies in 2008 and was part of the large number of spinners blooded after the retirement of former great Shane Warne.

Casson has been rewarded for his work with NSW's underaged teams, where he worked with talented youngsters such as Jason Sangha, Param Uppal, Jordan Gauci, Jack Edwards and Ryan Hackney.

"He's done his apprenticeship, done a fantastic job in the pathways with the young batters coming through," Jaques said. "A lot of them are now coming into the state system."

"I think it's really good they've got continuity and consistency of voice," Jaques said.

Jaques, a former Test batsman who was the Blues' batting coach last season, believes that in Casson, Adams and himself the Blues' coaches have all the skills covered apart from a wicketkeeper. 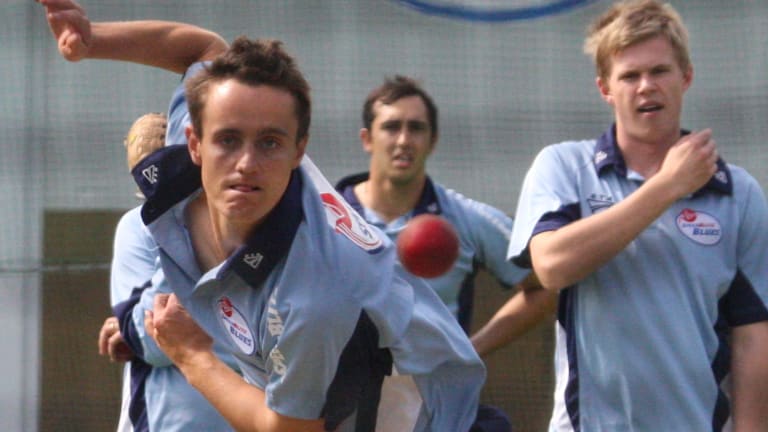 Transition to batting focus: Beau Casson rolls his arm over at Blues training in 2009.

It is a changing of the guard for the Blues, who also have a new captain in Peter Nevill to go with the new faces in their coaching ranks.

Once the powerhouse of domestic cricket, the Blues have fallen behind other states in the production line of future international players.

Though they had six of Australia's Ashes-winning team last summer, there does not appear to be a long-term Test player currently in Blues colours.

Kurtis Patterson is the closest and will press his claims for a baggy green on the "A" tour of India.

The Blues have won one Shield title in 10 seasons and their men's teams failed to make the finals in any competition.

"Rome wasn't built in a day, we're going in with an open mind," Jaques said. "All we're looking for is improvement, good attitude and good team culture and harmony."

The Blues were dealt an early blow with exciting all-rounder Arjun Nair ruled out of next month's JLT Cup with a back injury.

Nair, 20, will not be seen in state colours until the second half of the Shield season but is aiming to be back bowling for the Big Bash League, where he plays for Sydney Thunder.

"He has been ruled out of JLT One-Day Cup and will begin building his loads though Premier Cricket as a batsman with an aim to play in the BBL later this year."