After being sent in to bat and posting a modest 239, NSW ripped through the Tasmania top-order with the visitors eventually dismissed for 151 off 31.3 overs as the Blues claimed their first win in four outings. 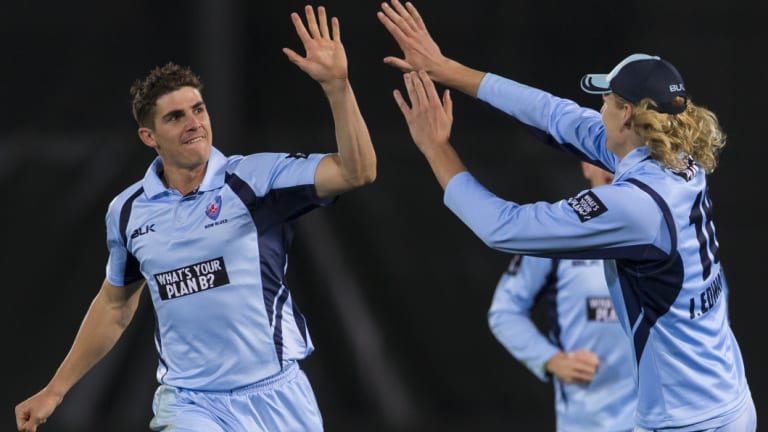 On fire: Sean Abbott claimed five wickets for NSW in their first win of the one-day season.

Abbott had in-form opener Matthew Wade lbw before adding the key wickets of Ben McDermott (28) and Jake Doran (12) in a lively opening spell.

Mickey Edwards (1-20) repeated Abbott's feat by dismissing dangerman Simon Milenko (16) off his first ball of the match as Tasmania slipped to 6-82 under lights.

Left-armer Daniel Sams chipped in with 2-27 to lift the Blues ahead of next week's much-awaited return of Test paceman Josh Hazlewood and Pat Cummins.

NSW's top-order had only marginally more success with the Blues losing 5-56 after rookie opener Jack Edwards hit his maiden one-day half-century with an enterprising 68 off 50 balls.

Former NSW seamer Gurinder Singh (4-42) was a thorn in the Blues' side with the locals bowled out after 47.3 overs.