The NSW Government has pledged $5 million to boost Australia's bid to host a historic Women's Rugby World Cup in Newcastle and the Hunter in 2021.

Rugby Australia is vying to bring the Women's World Cup to the southern hemisphere for the first time and has chosen Newcastle and the Hunter as the proposed host region. 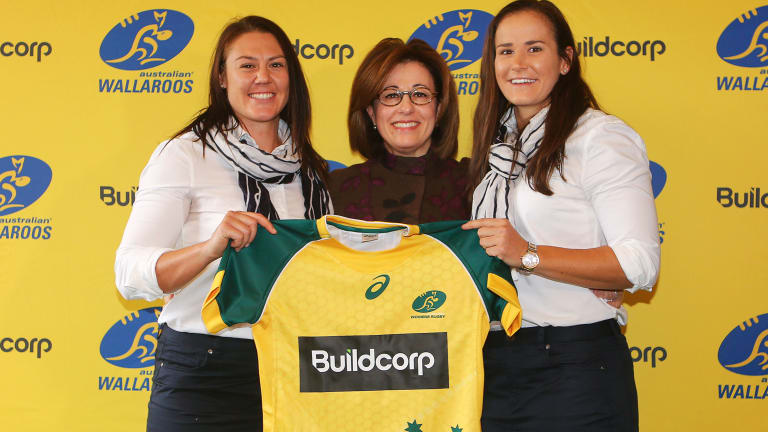 Bold bid: Rugby Australia is set to announce Newcastle and the Hunter as the proposed host region for the 2021 Women’s Rugby World Cup.

Two weeks out from the Wallaroos' match against the Black Ferns in a curtain-raiser to the Bledisloe Cup clash in Sydney, the Berejiklian Government will announce on Wednesday that it will commit $5m to a Women's World Cup on Australian shores should RA secure the winning votes at a World Rugby Council meeting later this year.

"We are committed to attracting world-class sporting events not only for Sydney but regional NSW. Securing the 2021 Women’s Rugby World Cup puts women’s sport front and centre in achieving our 10 World Cups in 10 years strategy," NSW Minister for Sport Stuart Ayres said.

"This bid aligns with our commitment to foster the growth of women’s sport and follows on from
the success of the Women’s Rugby League World Cup [in] 2017 and the 2017 Women’s Ashes series in NSW."

The commitment comes on the back of a $300,000 pledge from the federal government to help RA prepare the bid itself, which is due on Friday.

About 360 athletes from 11 countries would descend on the Newcastle and Hunter region for the event, which is projected to bring with it a $23m boost to the NSW economy.

Australia will be going up against close friends and rivals New Zealand to host the event, plus France, England and Wales. RA is also bidding for the men's World Cup in 2027. 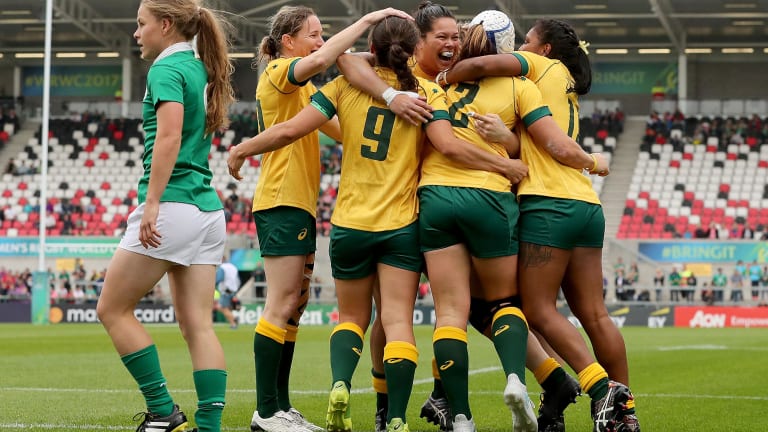 Top win: The Wallaroos embrace after a victory against Ireland in the 2017 Women’s World Cup in Dublin.

RA is hoping its mix of a world-class stadium, a vibrant city-by-the-sea location and the chance to provide a bona fide athletes' village experience in the Hunter Valley will prove the trump card. It is understood bid organisers want to break the attendance record of 23,000 set at the Women's World Cup final in France in 2014.  Matches would be played at Maitland Sportsground and Newcastle Sportsground No.2, with the finals to be held at the 33,000-capacity McDonald Jones Stadium.

"…We have just moved to a format where double-headers are going to be very important. Our women's Wallaroos team and our Wallabies team playing, particularly in a Bledisloe Cup against our counterparts there [at Allianz Stadium] … is almost impossible because there is not enough change room flexibility," Castle said.

"When we have the Sydney 7s we have to use the cricket ground facilities and transport teams back and forward because we do not have the facilities to rotate them through. The facilities at Allianz are, both from a back of house, player, high performance perspective, not even world-class. In fact they are unacceptable."

The past three years have seen an explosion in opportunities for top-level female athletes in Australia, from the professionalisation of women's sevens rugby, the advent of the AFLW and major improvements to competitions and pay in the more established women's sports of netball, cricket and football. The NRL will also launch a four-team Women's Premiership this year.