Australian punters have got used to seeing Aidan O'Brien arrive with a hand-picked team of stayers and middle-distance horses for an assault on the great prizes of the Melbourne spring.

And he has had plenty of success, sending out Adelaide to win a Cox Plate and Johannes Vermeer to finish second in the Melbourne Cup.

But bettors are less used to seeing the Ballydoyle maestro put a team of sprinters on the plane Down Under. 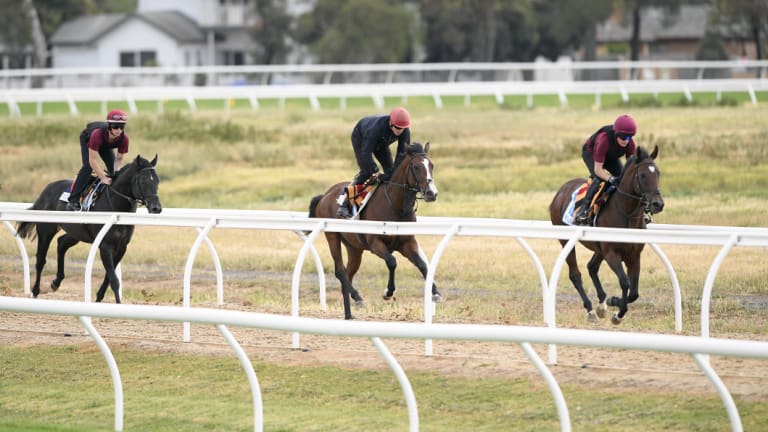 However, O'Brien has broken new ground this year, sending U S Navy Flag to Sydney for The Everest and a team of three – Intelligence Cross, Fleet Review and Spirit Of Valor – to Melbourne for the rich sprinting events that provide the undercard to the Cox Plate and Caulfield and Melbourne Cups over the next four weeks.

The trio all make their Australian debuts on Saturday in the group 2 Schillachi Stakes when they take on some good quality Australian sprinters over 1100 metres.

Saturday will, says O'Brien's Werribee-based foreman TJ Comerford, be a fork in the road for the three and will determine whether they are up to competing in group 1 company in races like the Manikato Stakes at The Valley on Cox Plate eve or in the VRC Sprint down the Flemington straight on Stakes Day at the end of the Cup week carnival.

The trio were all popped out of the barriers at Werribee on Thursday along with their middle distance counterparts The Cliffsofmoher and Yucatan.

'They’re fine, in good old form. They’re coming here off sprinting at home but they have a bit to find as well. We’re hoping they’ll show up on the day,'' says Comerford.

''We’re hoping to run well in sprints. We’re not expecting to win. If we won, it would be a bonus.

''It’s the end of the year and normally if you have a good sprinter at home you’d like to bring them down for The Everest and that but there’s always other sprints like Hong Kong.

''It’s whatever Aidan feels like he wants to do like that. Maybe try them out and see what happens and if it works then you can go for other sprints out here like the Friday night at Moonee Valley and then at Flemington as well. This is a stepping stone to that.''

The aim of the jumpouts from the stalls on Thursday was to sharpen the horses up. Sprint races in Australia tend to be helter-skelter affairs and Australian gallopers generally jump from the gates much more smartly than their European counterparts who often leave the stalls more sedately, even in sprints, and build into the race.

''We done the three sprinters together and we did the mile-and-a-quarter and mile-and-a-half horses together, Yucatan and Cliffsofmoher. It woke them up.''

Work rider and jockey Emmett McNamara, who will ride the outsider of the trio, Intelligence Cross on Saturday, agreed.

''It woke them up, sharpened them and focussed them and it just keeps it fresh in their mind that they have to jump and travel.''

The Cliffsofmoher will be one of the more interesting runners in what should be a hugely informative Caulfield Stakes.

Comerford says the plan is for him to follow the path trodden by Johannes Vermeer last year, with three races in four weeks.

''The Caulfield Stakes, Caulfield Cup and the Melbourne Cup. He [Johannes Vermeer] took all his races well. You do need horses to take it well. 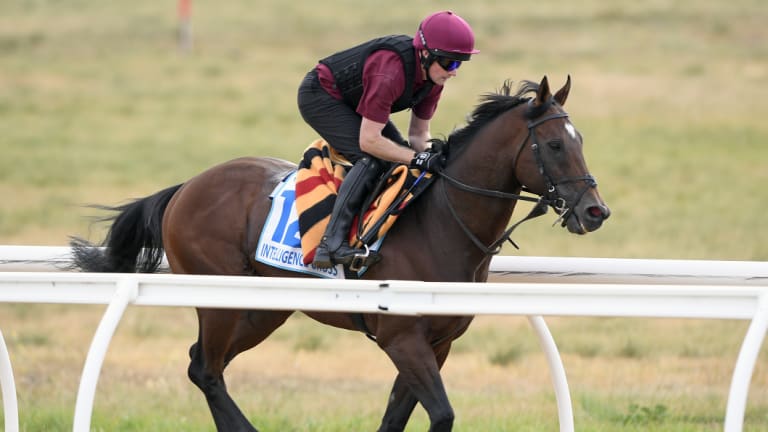 ''Cliffsofmoher was after running twice at Royal Ascot, and he's always run good races. He was third in an [English group 1] Eclipse Stakes after that. He takes his races well, he was second in a Tattersalls Gold Cup [group 1 in Ireland].

''They seem to back up well anyway, I wouldn't see it being a problem.''

The now Lloyd Williams-owned Yucatan is another interesting O'Brien contender in the concluding Herbert Power Handicap.

''He's going well, he is doing everything right, we are very pleased with him,'' Comerford says.

''He's drawn 15, I am not sure if that's an inconvenience over a mile and a half, but we will just have to hope that things work out for him more than anything.

''If he was drawn a bit better I would be a bit more positive about him, but when you have a bad draw it's not easy.

''He was always well thought of Aidan always liked him and Aidan was very pleased with his work [in Ireland].

''Our horses have not been 100 per cent during the year, but Yucatan seems to be coming alight now, and maybe he's coming at the right time.''