Odell Beckham Jr.’s decision to sign with the Los Angeles Rams came as a bit of a shock during the week as the Rams weren’t exactly mentioned in rumors leading up to the deal.

Beckham had been linked to the New Orleans Saints, Green Bay Packers and Seattle Seahawks in the days before he signed a one-year deal with Los Angeles. The Rams swooped in on the star wide receiver after he was released by the Cleveland Browns. 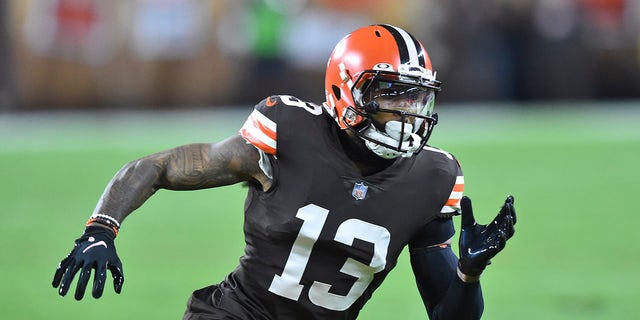 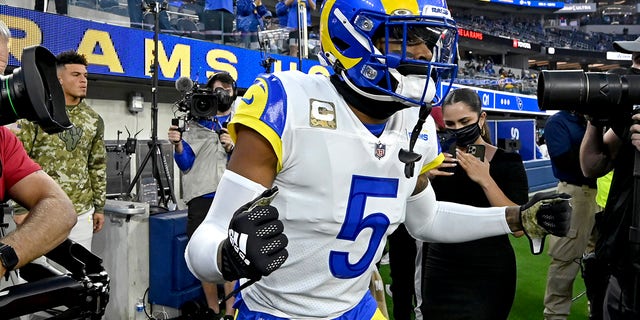 Jalen Ramsey of the Los Angeles Rams runs onto the field to warm up a the game against the Tennessee Titans at SoFi Stadium Nov. 7, 2021, in Inglewood, Calif.
(Jayne Kamin-Oncea/Getty Images)

Glazer added that Beckham “hopes” Los Angeles becomes a place he will play for years to come. 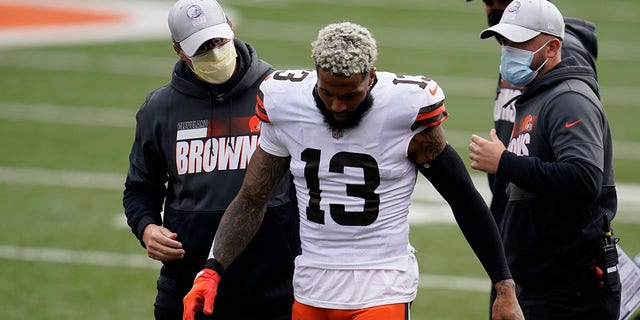 Former Cleveland Brown Odell Beckham Jr. (13) leaves the field after being injured during the first half against the Cincinnati Bengals, Sunday, Oct. 25, 2020, in Cincinnati.
(AP Photo/Michael Conroy)

He could be getting a lot more targets than he saw in Cleveland considering the team lost Robert Woods to an ACL injury. Beckham may not see the field often in his first game on Monday night against the San Francisco 49ers, but his presence could influence the Niners’ defensive game plan.