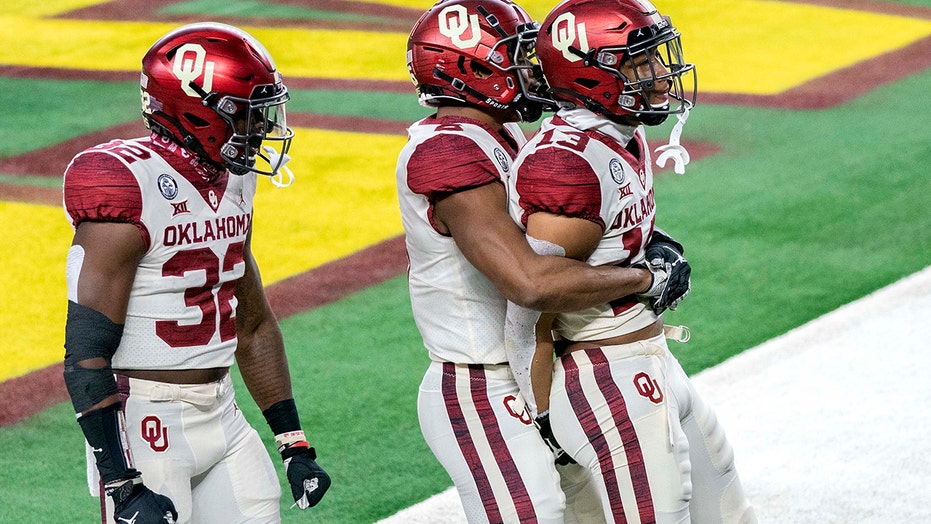 Oklahoma reigns supreme in the Big 12 Conference once again.

Oklahoma started off strong, ending the first half with a 24-7 lead and appeared to be cruising to another Big 12 title. Spencer Rattler had a passing touchdown and a rushing touchdown and Chandler Morris added one more. Oklahoma was riding high very early.

The Iowa State defense prevented the game from getting out of hand in the second half. The Cyclones held the Sooners to only three points and allowed Breece Hall and company to get back into the game.

Oklahoma made it a six-point game with 2:02 remaining and needed to lock down the Cyclones offense.

Brock Purdy would throw an interception to Tre Brown in their final play, sealing the victory for the Sooners.

For the Cyclones, Purdy was 27-for-40 with 322 passing yards, a touchdown and three interceptions. Hall finished with 79 yards on 23 carries.

Oklahoma and Iowa State were both vying for a possible spot in the College Football Playoff. Oklahoma made its case better with the victory and will now need one of the three other teams left to play to lose in their conference championship games.