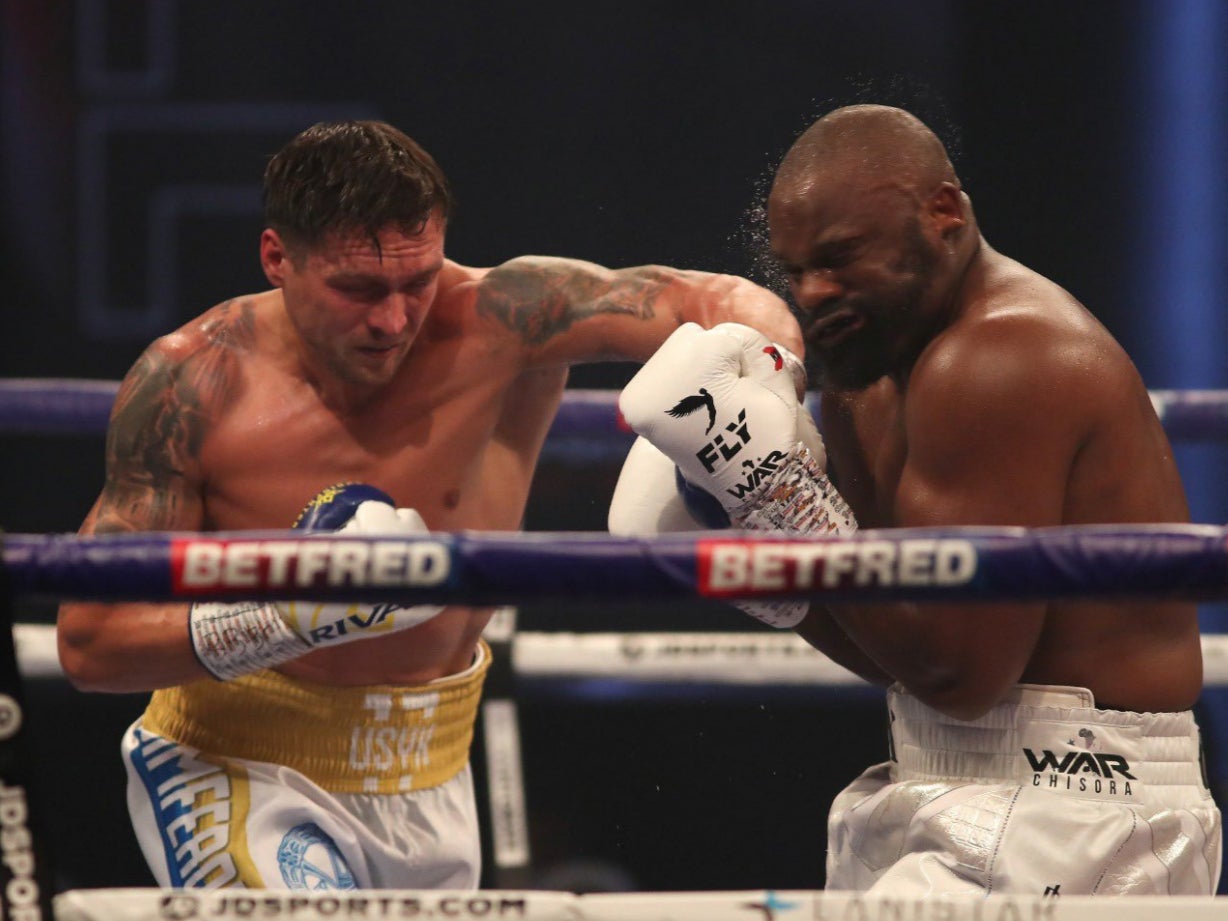 Usyk said: “He has big power and big, strong punches, but I was prepared for it.”

Hearn added: “I thought it was really, really close, it was a brilliant fight. It was a great fight for Usyk to learn about the division and kick on from there.”

Hearn’s next three shows will take place at Wembley and the Matchroom promoter revealed Joshua-Pulev on December 12 could even be shifted to the venue from the O2 Arena.

Hearn had been optimistic restrictions would be eased to allow limited numbers to attend Joshua’s title defence, but it seems a forlorn hope as England is set to go into a second national lockdown for four weeks from Thursday.

Hearn said: “AJ-Pulev may end up landing here, subject to the official ruling on crowds, which doesn’t look good. Rather than move it over to the O2, maybe we’re back at Wembley.”