Angland, who rode Ace High to victory in last year's Victoria Derby, argued against the severity of the penalty stemming from a careless riding suspension incurred in last weekend's Spring Champion Stakes.

His legal counsel, Paul O'Sullivan, claimed it was a low-grade offence rather than medium one – a submission agreed by two of the three panel members – but it didn't result in a reduction of his ban that would have allowed him to ride in the Caulfield Cup owing to the template for the length of careless riding bans. 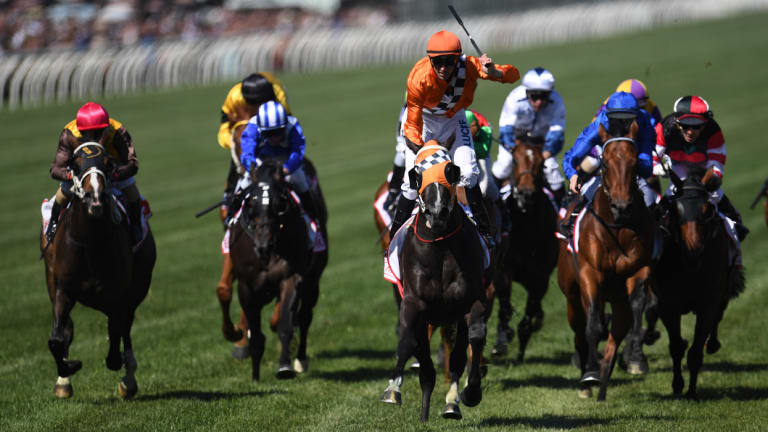 "Tye was charged with careless riding in the mid-range category and suspended for four meetings," O'Sullivan said after the hearing.

"Tye is disappointed in those circumstances, which I can understand."

Stewards said Angland's suspension came in at more than 4.5 meetings on the day of the offence, wasreduced to four under their discretion, and would have been calculated as 3.9 meetings if graded in the low category.

Ace High is a $15 chance with BetEasy in next Saturday's $5 million Caulfield Cup.

"Damien's got plenty of experience around Caulfield, which is going to be a big help," Ace High's trainer David Payne said.