The Chelsea forward needed six stitches to close the wound after his collision with Chelsea club mate Matt Miazga in France's 1-1 draw with USA on Saturday. 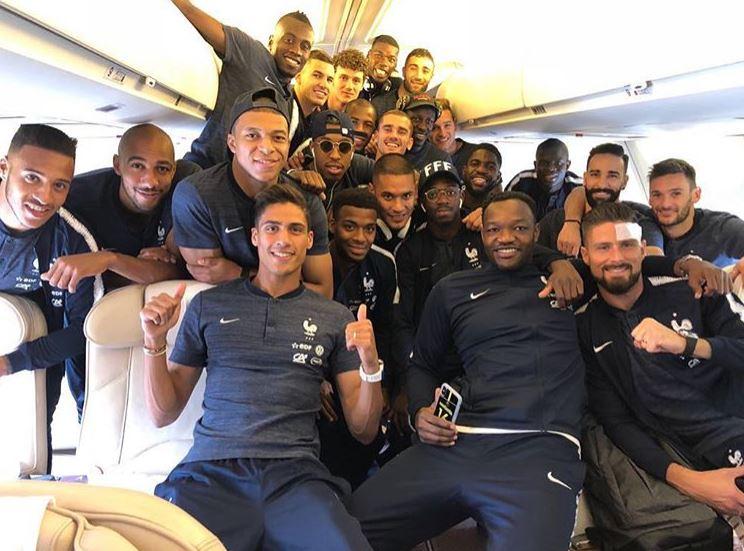 Coach Didier Deschamps has confirmed that the striker will be fit to face Australia in their first group stage match.

Speaking after Saturday's friendly, the 49-year-old said: "Olivier Giroud has a beautiful cut of six centimetres.

"But he will be able to face Australia."

Giroud was covered in blood and forced off the field in the 58th minute after he clashed heads with the USA defender. 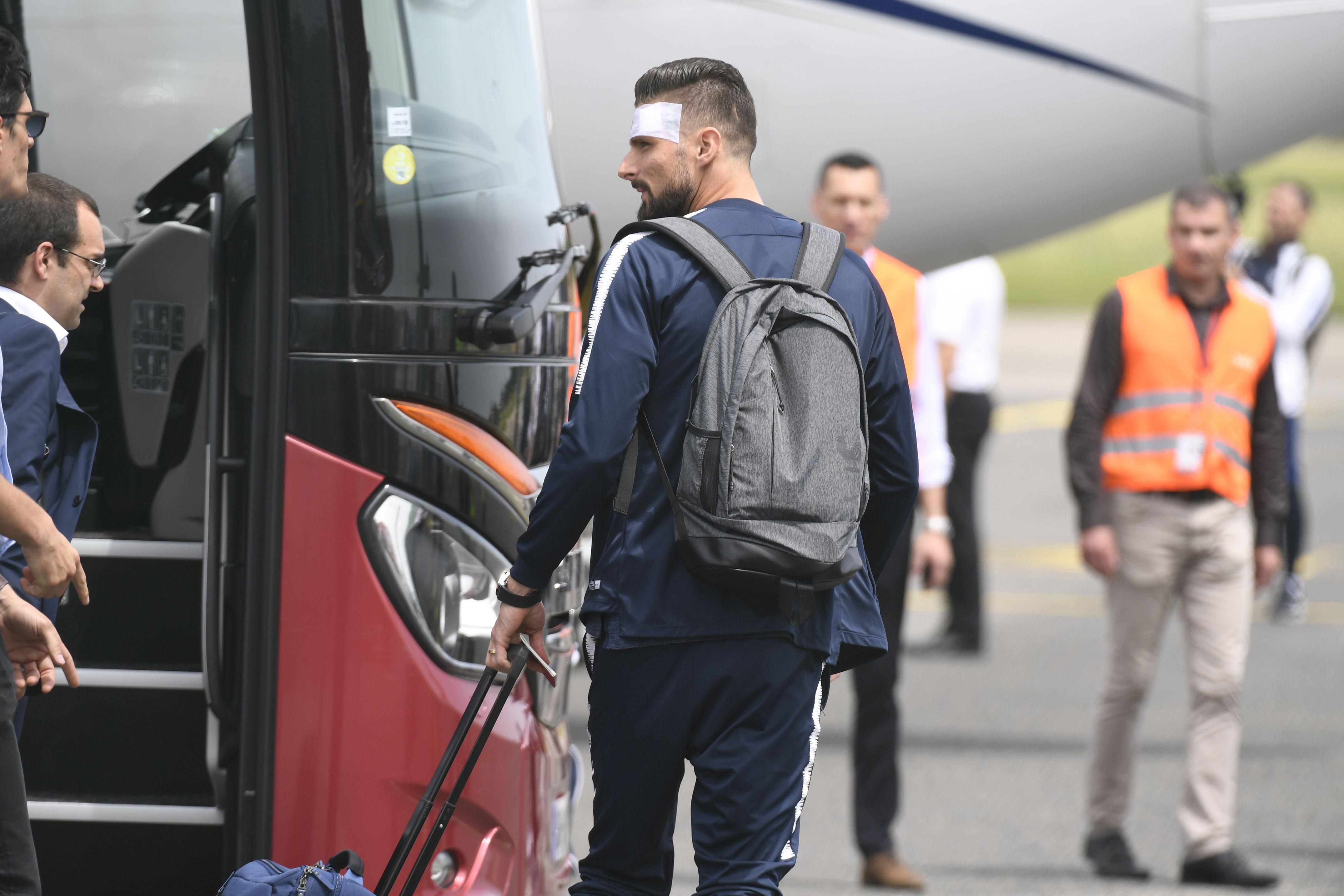 Following his treatment, the 31-year-old was wearing a the plaster above his left eye as he arrived at Lyon-Bron airport.

He clenched his fists and smiled as he posed for a photo with the team before take off.

Paul Pogba shared a video to his Twitter page of the squad chanting and cheering on the plane.

After facing Australia, Deschamps' side will come up against Peru and Denmark in the group stages. 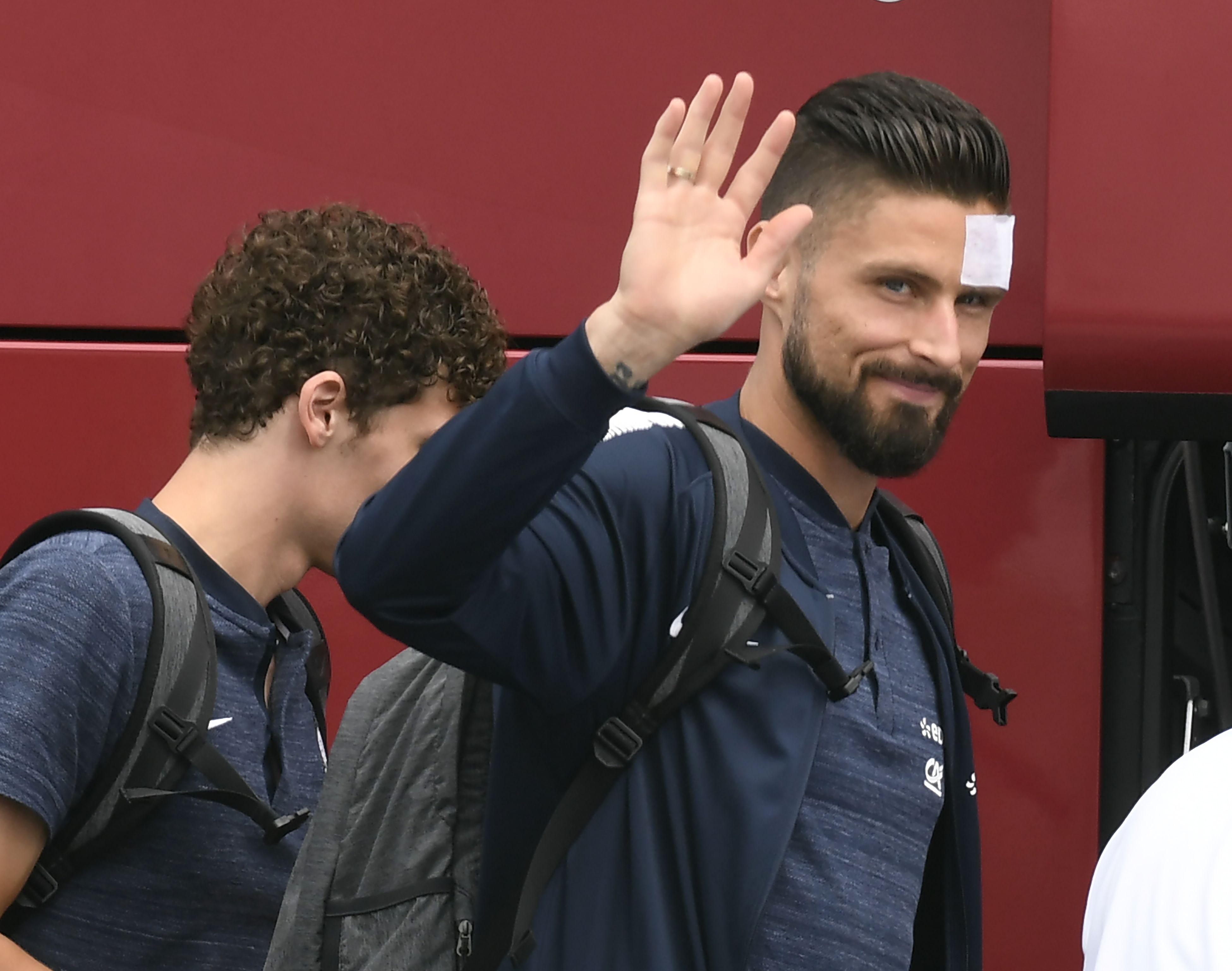 Giroud appears to be recovering quickly, but Miazga is being closely monitored after concerns of concussion.

The USA defender, 22, received 15 stitches after being hauled off the pitch on Saturday. 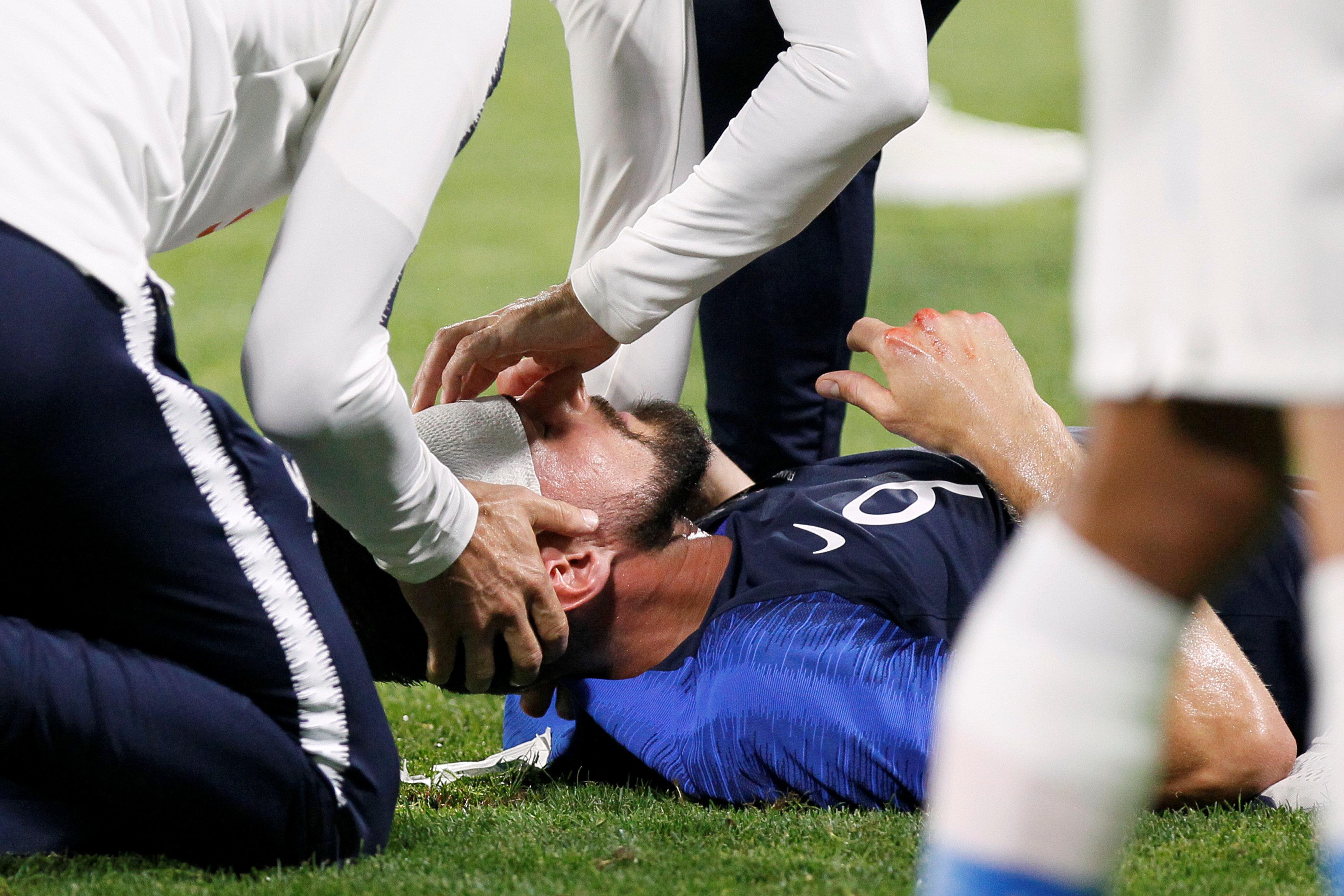