Italy’s Rachele Bruni (C) takes refreshment at a feed station along the course during the women’s 10km marathon swimming event during the Tokyo 2020 Olympic Games at the Odaiba Marine Park in Tokyo on August 4, 2021.

It is an Olympic endurance test that saw competitors race for two hours under sweltering conditions in bacteria-filled water with fish flying at them.

But one of the most noticeable things about the 10km marathon swimming event was the bizarre way in which the athletes took drink breaks while in the water.

And Olympic viewers at home have been obsessed with the sport’s feeding stations.

They are a fixed or floating pontoon where the coaches can get food or drinks to the athletes as they make their way around he course, without them having to climb out of the water.

The coaches fix the refreshments to the end of a long pole, decorated in their country’s colours and hold it out for the swimmer to grab.

The athletes can then flip over on to their backs to take on the drinks, before throwing away the bottle and carrying on with the race. 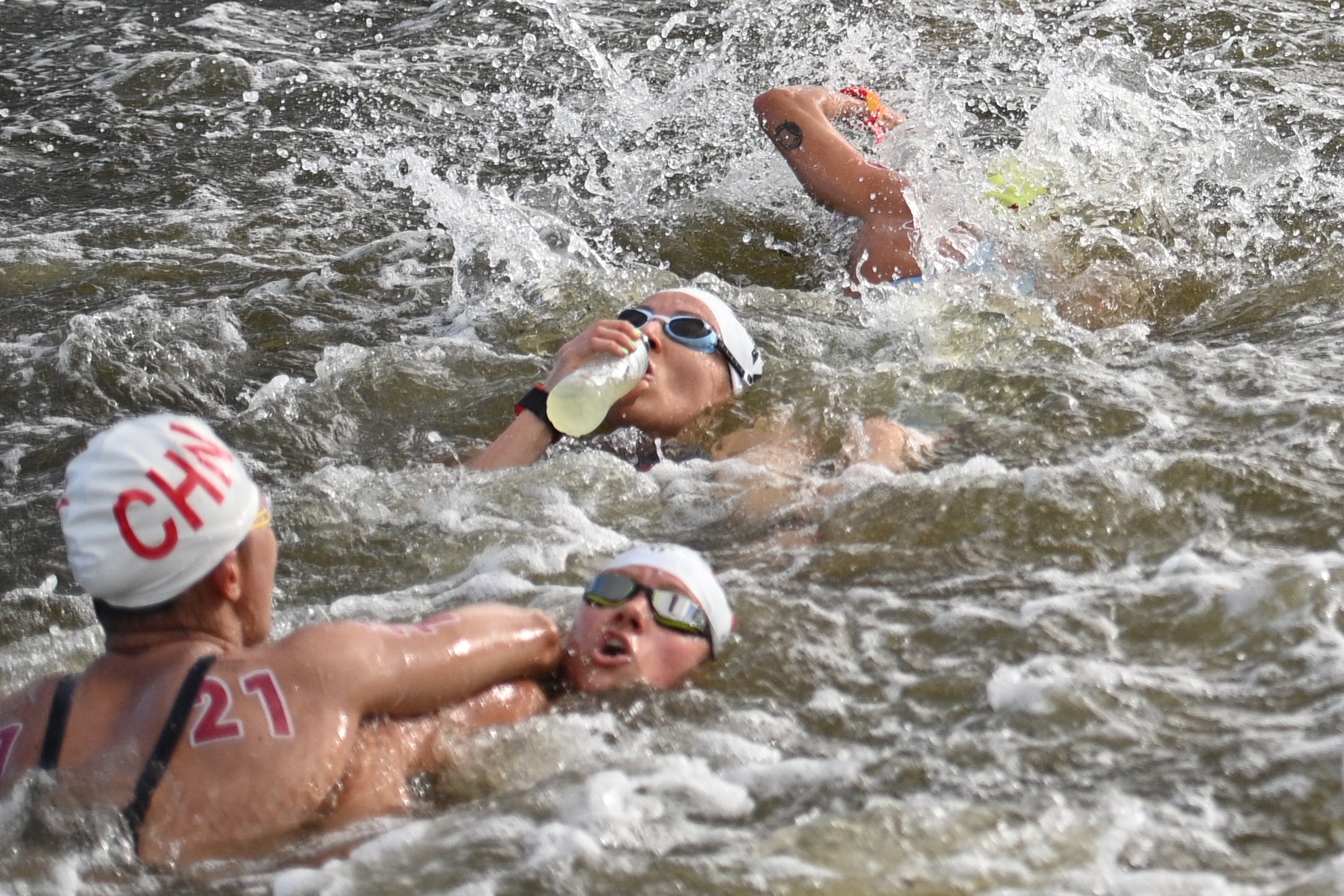 Social media lit up with mentions of the feeding station during the event.

“I can get easily bored during some long events, but give me a marathon or a 6-hr road race and I’m hooked. Love this open-water swimming marathon, complete with their own feeding station,” tweeted @indaeo.

“Getting marathon swimmers their water bottle could be an Olympic sport by itself,” wrote @joepompliano on Twitter.

And @kaleyed added: “Obsessed with open water marathon swimming and that fact that there’s a feeding station and they talk about the swimmers feeding like they’re guinea pigs.” 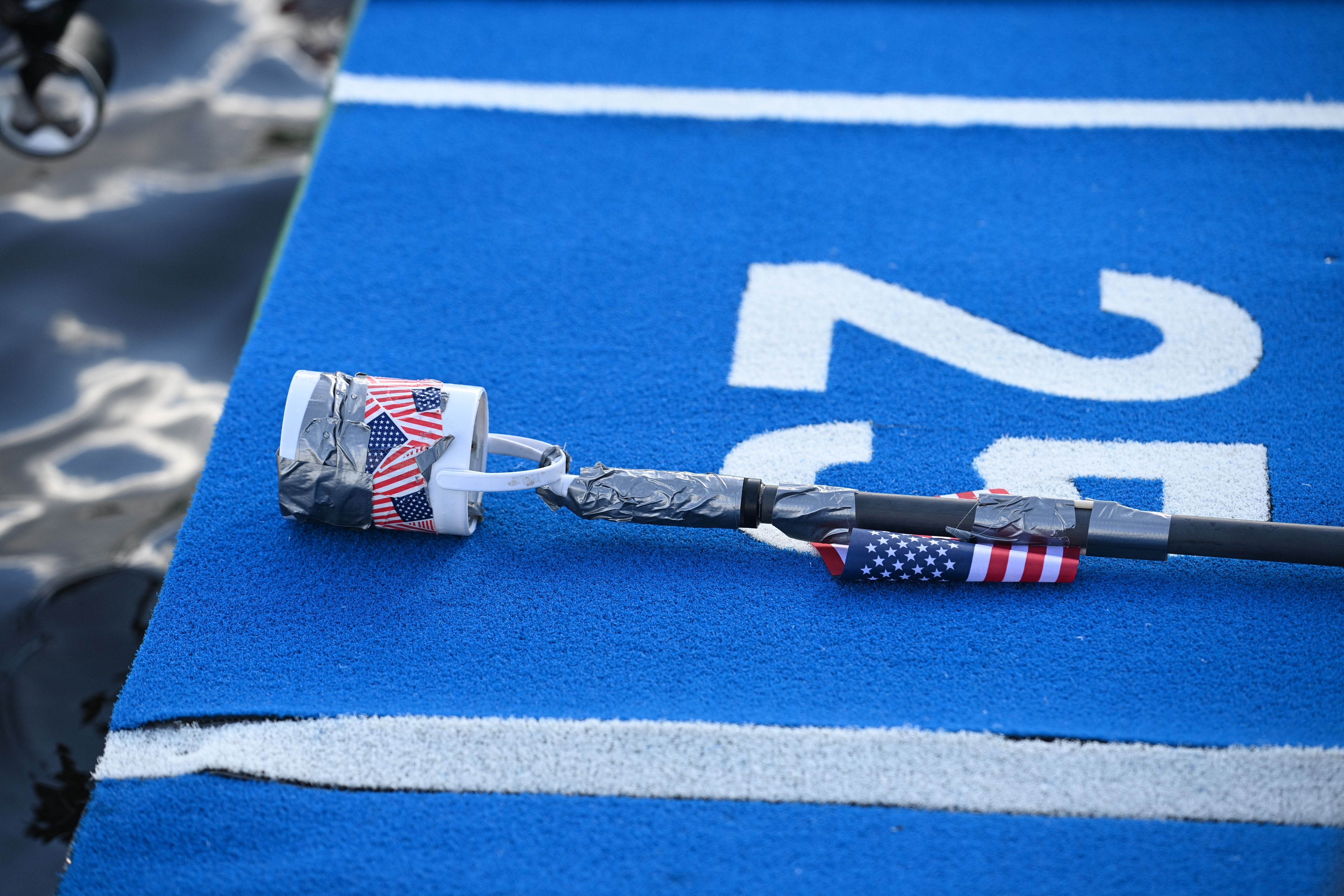 Marathon swimming made its debut at the Beijing games in 2008, and at Rio 2016 was held in the open ocean for the first time.

Event organisers in Tokyo said they had installed a filtration system to keep down the level of E.Coli bacteria, and also had put in a water circulation system to bring cooler water from the bottom to the top. 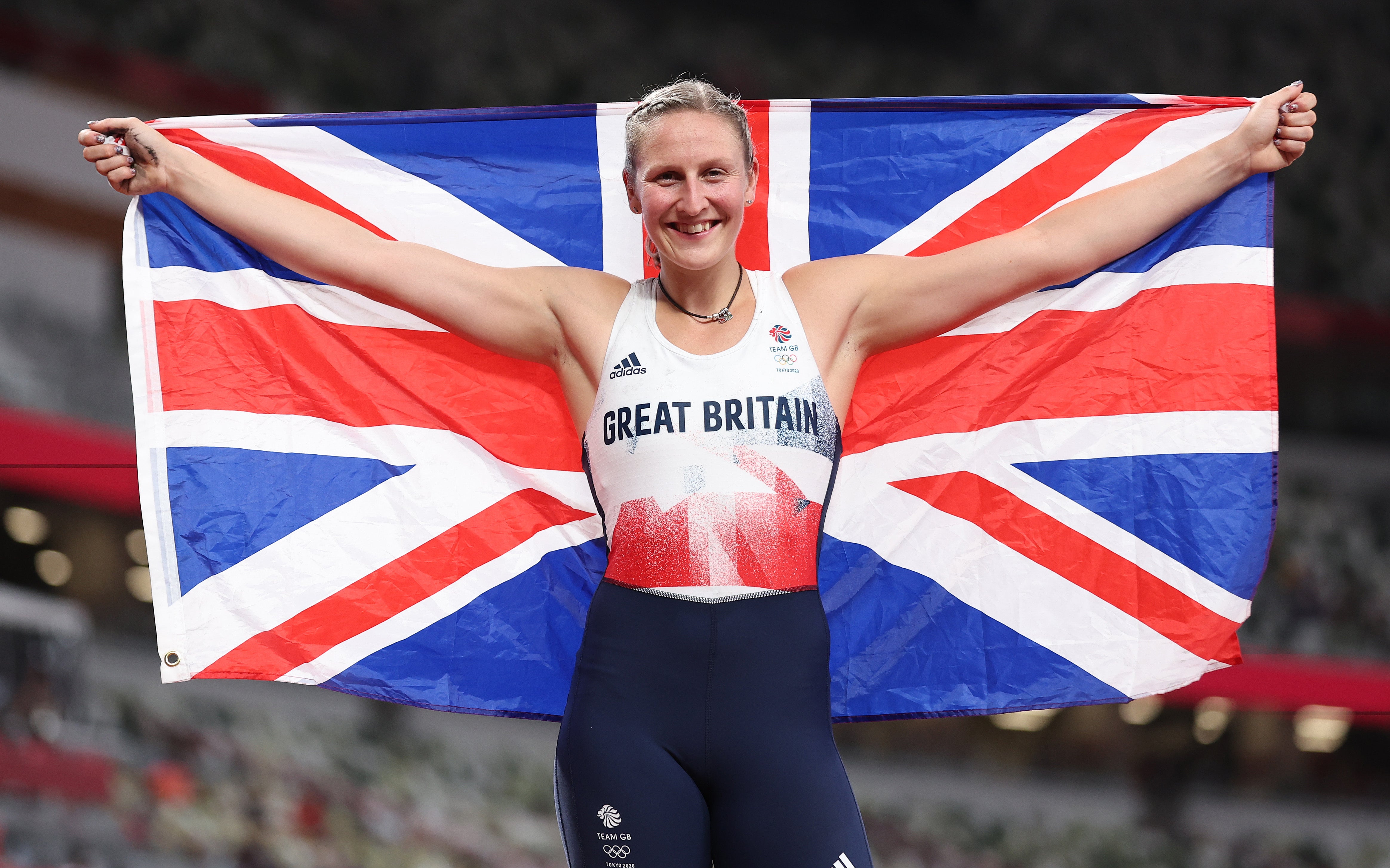 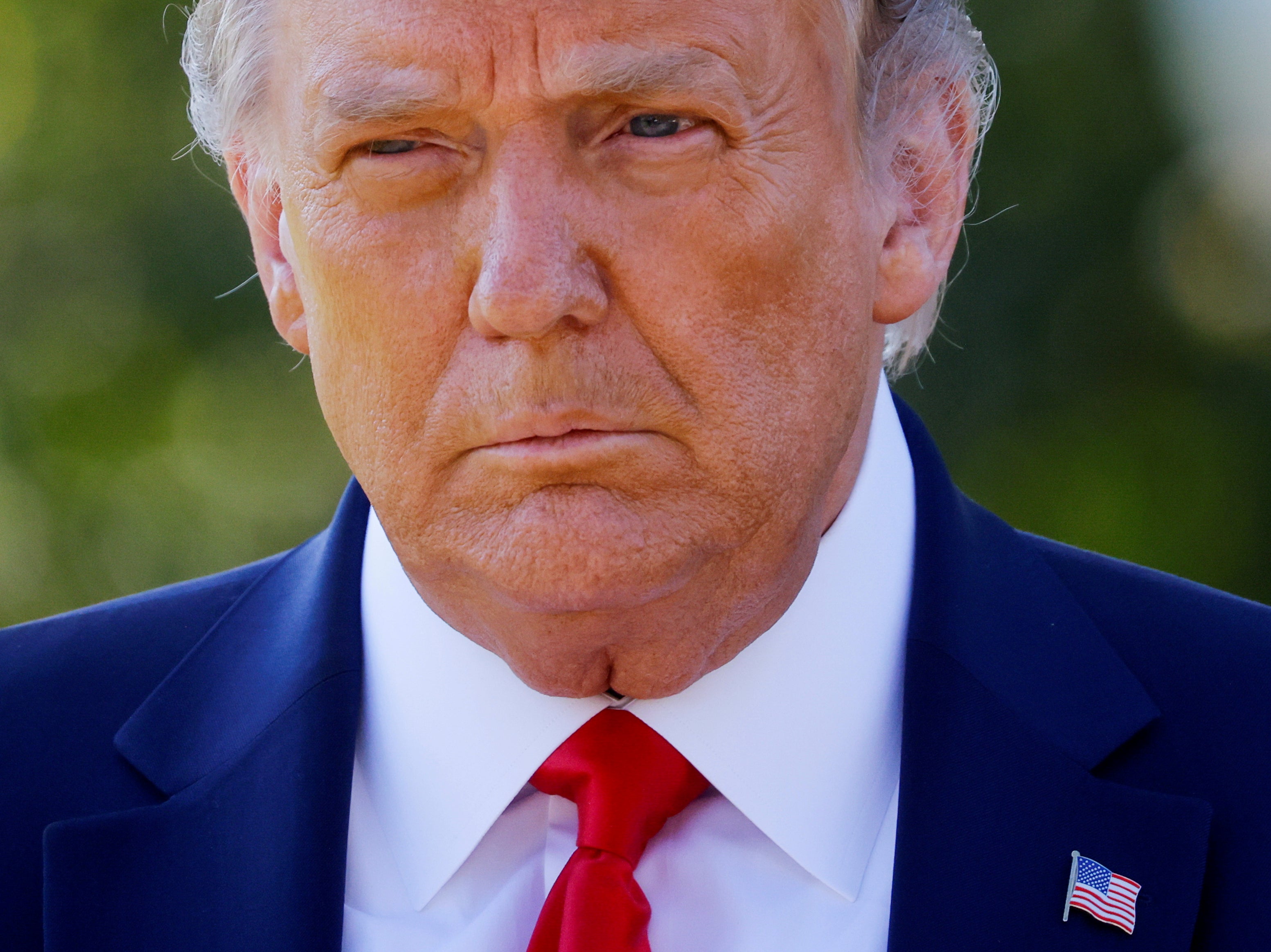