An older and wiser Destanee Aiava hopes to parlay an Australian Open wildcard into a breakout grand slam run this month.

The teenage talent has been rewarded for her stirring first-round showing at Melbourne Park last year, when she almost snatched the opening set off Simona Halep on her centre-court debut before falling 7-6 (7-5) 6-1 to the world No.1. 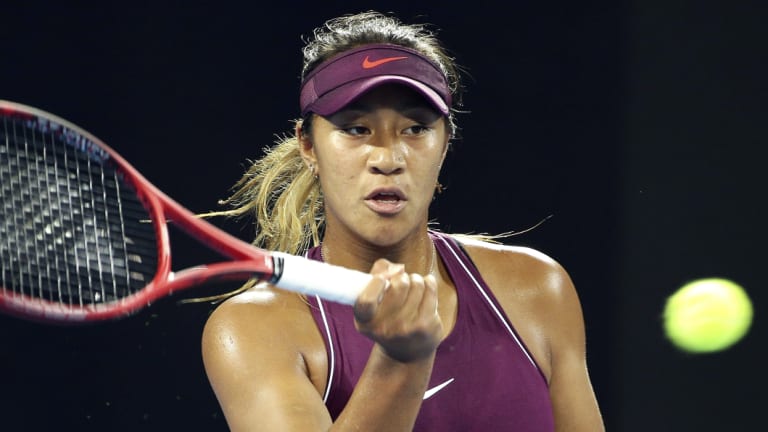 "I really enjoyed that, the first time playing on Rod Laver," Aiava told AAP after receiving the good news on Friday.

"She was just too good on the day but I learnt a lot from that match and it's pushed me this whole year to be better.

"I've improved a lot from that match and probably the focus is to just improve more and maybe win a couple of rounds because I know that's where I'm at at the moment and I'm capable of it."

In 2017, at just 16, Aiava became the first player born this century to play a grand slam singles match.

The quietly-spoken youngster admits she found the pressure suffocating at times but is now coping better.

"There's expectation that comes with that as well, especially during the Aussie summer; that you need to perform and play well," Aiava said.

"I've just learned to push that aside and not pay too much attention to it because this is my career path and no one else can tell you, 'you can do this'.

"It's just all up to me on the court at the end of the day.

"But I think my first year coming onto the scene, I did struggle with it a bit, as any young person would."

The world No.247 credits her tight-knit team of coach and family for helping overcome tough times.

"I have a small group that keeps me humble and they're all really good people and I like to keep my circle small. The tennis world is just crazy," Aiava said.

"But I've certainly learnt from all those experiences and I know what to expect now."

The Melbourne-born, Sydney-based 18-year-old has also received a wildcard into qualifying for next week's Sydney International.

"I got my licence last year and also my own car, so I'll be driving back and forth here," Aiava said.

Perez, a Wollongong left-hander, shaved more than 150 spots from her ranking to end the year at No.177, while Victorian Hives jumped from world No.378 to 220.