‘Wish the parents would pay for me to have Sky in my room’: Read the hilarious early tweets from England’s World Cup stars that show just how far they have come… on social media

For many people in the UK, England’s players propelled themselves into superstardom when they defied history to beat Colombia on penalties in the World Cup last-16.

It is almost difficult to believe that at one stage they were mere mortals like the rest of us, without all the fame and just trying to get by.

Some members of the England squad signed up to Twitter while they were still toiling away in academies or out on loan, hoping to earn a professional contract. 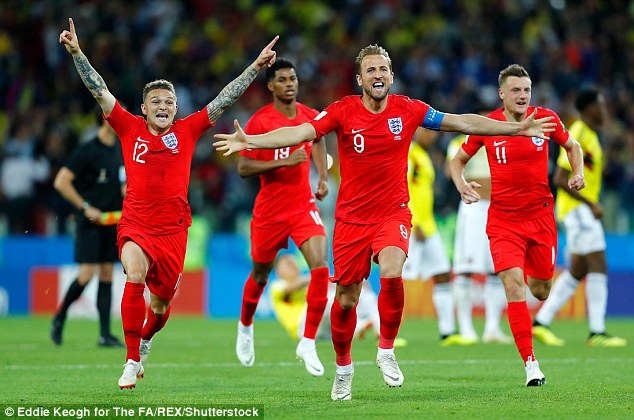 England’s players shot into superstardom, but a look at their Twitter makes them seem mortal

Some were in the infancy of their professional careers, meaning they were not constantly flanked by media managers or sponsors who dictate their social media output.

So as you can imagine, a little trawl through their Twitter profile has unearthed some gems from the past.

Jordan Pickford once berated his parents for not installing Sky in his bedroom, while Harry Kane was furious when his golf clubs weren’t delivered and Dele Alli just wanted two-for-one cinema tickets courtesy of Orange Wednesdays.

Here, Sportsmail compiles a few little nuggets to prove these superstars were once just like us.

Everton goalkeeper Jordan Pickford endeared himself to millions of England fans gathered around TV screens up and down the country on Tuesday.

His tremendous penalty save to deny Carlos Bacca in the shootout ensured England progressed through to the quarter-finals of the World Cup. He was the talk of the nation.

From the Sunderland academy to Moscow via Goodison Park, Pickford’s rise has been meteoric. 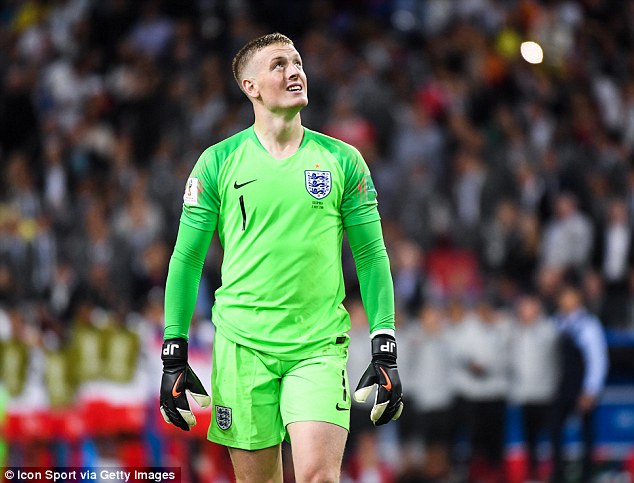 But during his first year as a professional in 2011-12, he was loaned out to Darlington to get some first-team experience under his belt – and the England No 1 shirt must have seemed a million miles away.

So much so, in fact, one of his biggest gripes was not having Sky TV installed in his bedroom and having to settle for freeview.

At that point Pickford also had a penchant for a Toby Carvery, Take That and referring to things which were ‘ideal’ as ‘Ian Beale’. 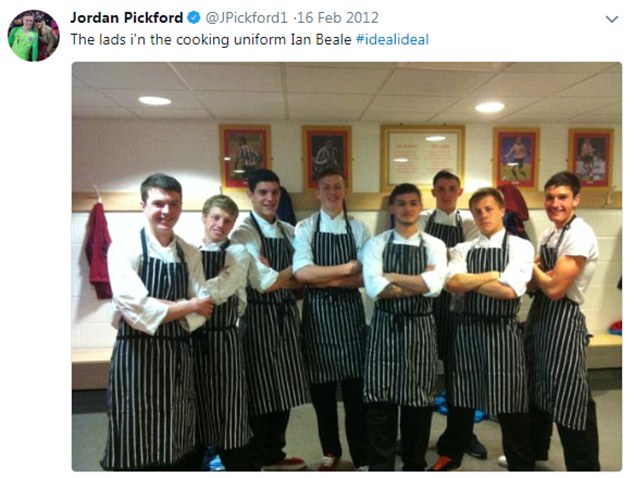 Dele Alli has taken the Premier League by storm the last couple of seasons. He is one of England’s key attacking threats and pivotal to Gareth Southgate’s system.

But back in 2012, Alli, just turning 16, was still in school, unsure of the future which lay ahead.

Pupils tend to fall into two categories; those who love school and those who hate it. Alli was certainly the latter. 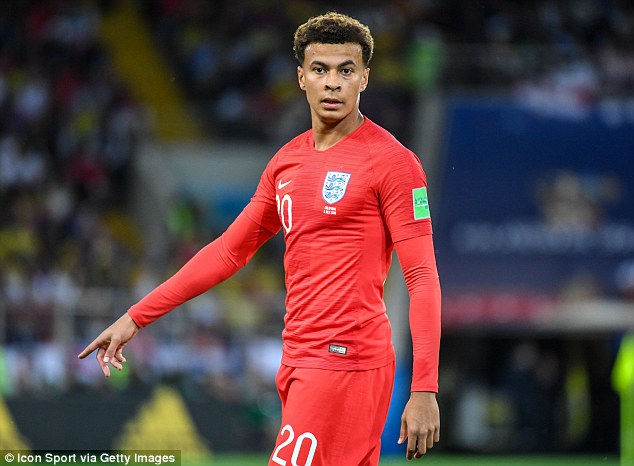 The Tottenham forward pleaded for people to keep him entertained during science lessons and was furious when coursework deadlines approached.

He did, however, have a couple of activities to keep his mind off his studies.

He played Powerleague (imagine coming up against him in your local five-a-side!), listened to the dulcet tones of Peter Andre and went to the cinema – but only if he got his hands on an Orange Wednesdays code!

Southgate’s selection of Nick Pope following his terrific season between the sticks at Burnley meant Joe Hart was left out of the England squad for this World Cup.

It’s been a tough journey for Pope, who went on eight loan spells in five seasons at Charlton before signing for Burnley.

And during those years on the road while signed to the Addicks, and Bury before that, he provided us with some Twitter gold. 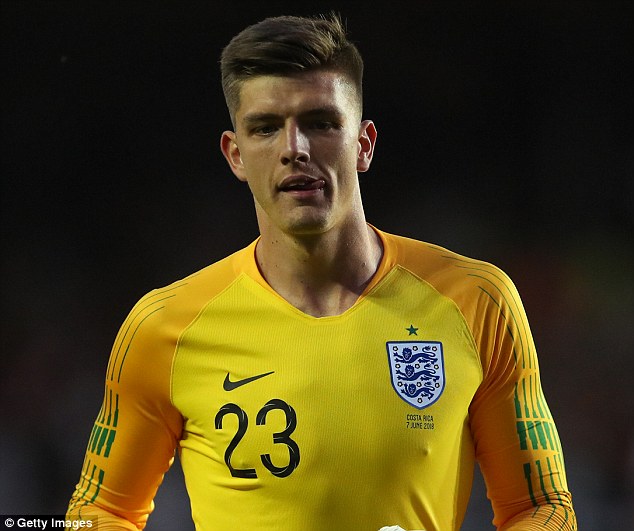 He developed a love for David Beckham, admired Gianluigi Buffon’s hairdo and considered Prince Harry a ‘lad’. And it seems he managed to get over the fact his beloved News of the World ceased publication in 2011.

Pope questioned Fabio Capello’s decision to select Danny Welbeck instead of Daniel Sturridge in the England squad — a decision Southgate seemingly agreed with when it came to his own World Cup 23 — and gave a nod to the 1966 heroes.

Will tweets be written about his cohort in years to come?

Kieran Trippier has been a standout for England so far at this tournament. He enjoyed his best season to date at Tottenham and has continued his form in Russia.

But his life was very different four or five years ago.

Trippier had just moved from Manchester City to Burnley and was forcing his way into the first team, eventually winning the club’s Player of the Year award that season. 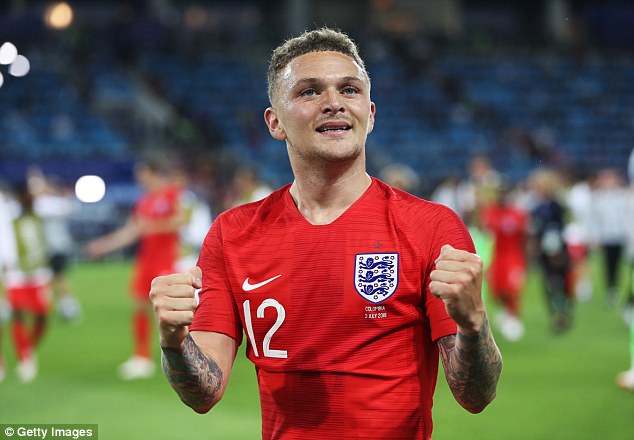 But in between all that, he was big into his TV. He religiously watched Jeremy Kyle and had pretty strong opinions on reality TV shows… but Paranormal Activity 4 scared the life out of him!

He was also building up his collection of tattoos, once sitting in the chair for five hours while they inked his chest.

The coolest man in Russia on Tuesday night, Eric Dier was the star who clipped home his penalty to send England through to the last-eight.

The Tottenham midfielder has been used largely as a substitute in this tournament, but delivered for Southgate when he needed him most.

Dier is another who has stepped up to the plate at Spurs of late, but six years ago he was on loan at Everton and making his own music. 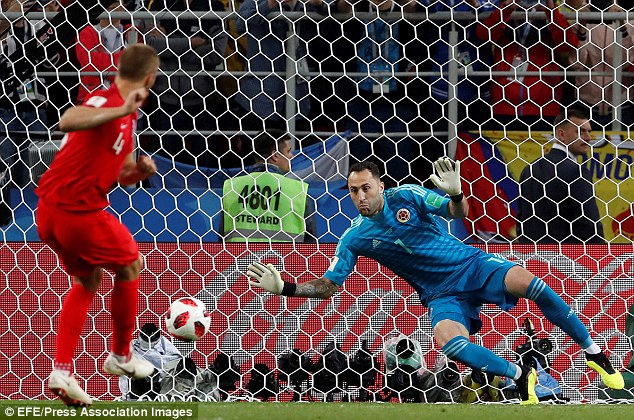 Dier’s obsession with football is evident on his Twitter timeline and he was not afraid to give his opinion.

Back then, the midfielder lauded the likes of Radamel Falcao, Vincent Kompany and Thomas Vermaelen. It is a mark of just how far he has come that he played against them all in the last week on the biggest stage.

But he did think Arsenal players were all ‘wingebags’, maybe he was destined for Tottenham after all.

Raheem Sterling was well established in Liverpool’s ranks by 2013 – he was just a year away from going to his first World Cup in Brazil.

And although he was fairly measured in his Twitter posts, Jordan Henderson managed to grab hold of his account and tweet about his ‘barnet’. He also invited his entire Twitter following down to the beach! 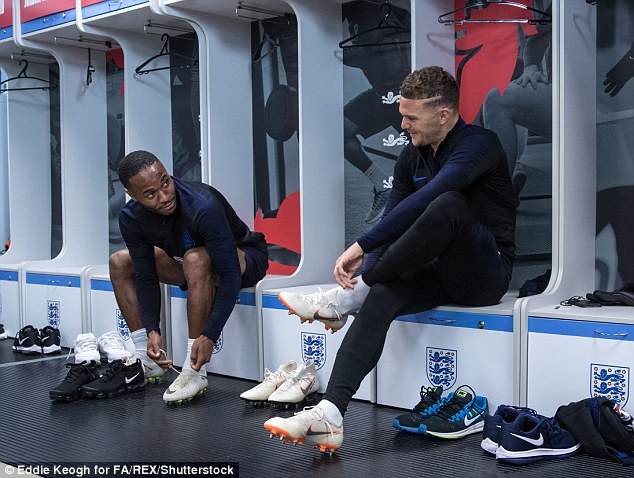 And what of England’s captain? The man who is out in front on his own in the race for the Golden Boot in Russia.

He has single-handedly fired England into the quarter-finals, scoring in each of the games he has played – undeniably the Three Lions’ talisman.

But a little dig into his Twitter past, when he was trying to earn a first-team spot at Spurs, and Harry Kane appears to have spent most of his time on the golf course.

When he wasn’t on the green, however, he was often an emotional wreck watching Deal or No Deal or screaming at Louis Walsh’s decision to vote Jonjo off X Factor. 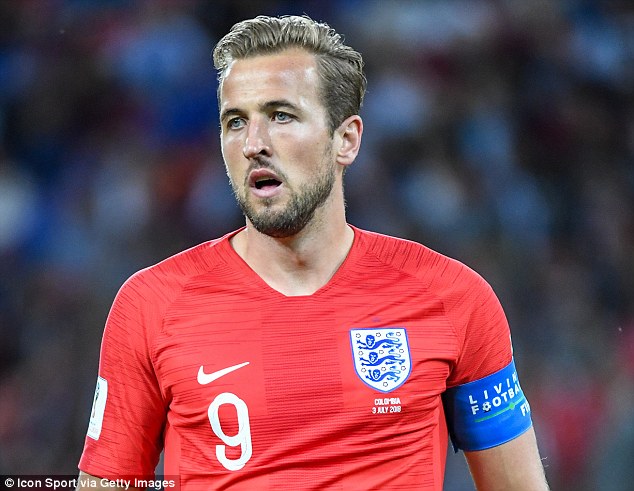