Prompt Response is one of those horses that deserves a group 1 victory, and co-trainer Adrian Bott hopes it will come in the Tatts Tiara at Doomben on Saturday.

The signs are good heading to the Tiara – a game return as runner-up in the Dane Ripper Stakes,   a weight turnaround on her rivals from that three-way photo finish, and a good barrier of three. 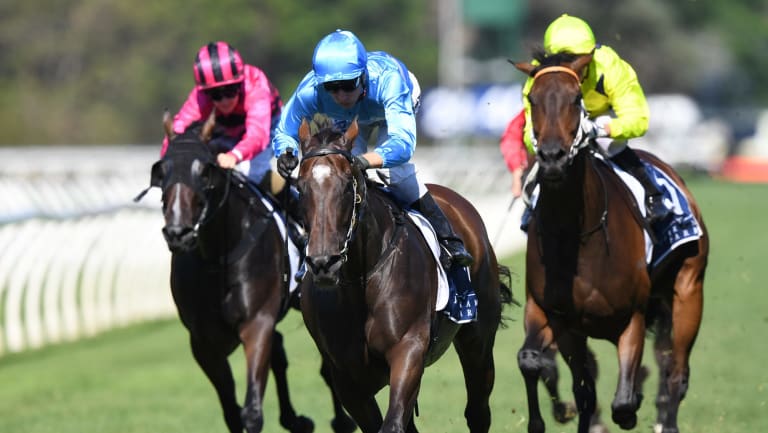 Ready to peak: Prompt Response will look to go one better in the Tatts Tiara at Doomben on Saturday.

“She is one of those mares that never runs a bad race. She has run a couple of seconds in group 1s, including this race last year, and in her other two group 1 runs she was beaten under a length,” Bott said. “They don’t give them away, but she is going to put herself in a position to win on Saturday.

“She is an easy horse to like because you know what you are going to get her. She won't give in, and she showed that in the Dane Ripper when she just kept fighting after being three wide without cover all the way.

“This has been her best year and, if you look at her form in the autumn, she won a couple of group 2s, which means the group 1 is the only thing that is missing, so we aimed her at this race.

“I think she is probably going as well as last year, and she had a bit of improvement out the run the other day.”

Prompt Response, who is prepared by Bott in partnership with Gai Waterhouse, is the $6.50 second favourite at Crownbet in a group 1 that has many chances, which made the barrier draw even more important to Bott.

“She is very versatile but getting that gate lets us be where we want to be, whether that is forward or back. Blake [Shinn] knows her very well and he should have her in the right spot,” Bott said. “They are a very evenly matched group, which made  the draw is so important, so when we got an inside one it was a relief.

“She goes very well at Doomben and, as I said, she has improved to peak for this race.”

Stradbroke placegetter Champagne Cuddles is the $6 favourite and has also drawn well in gate four.