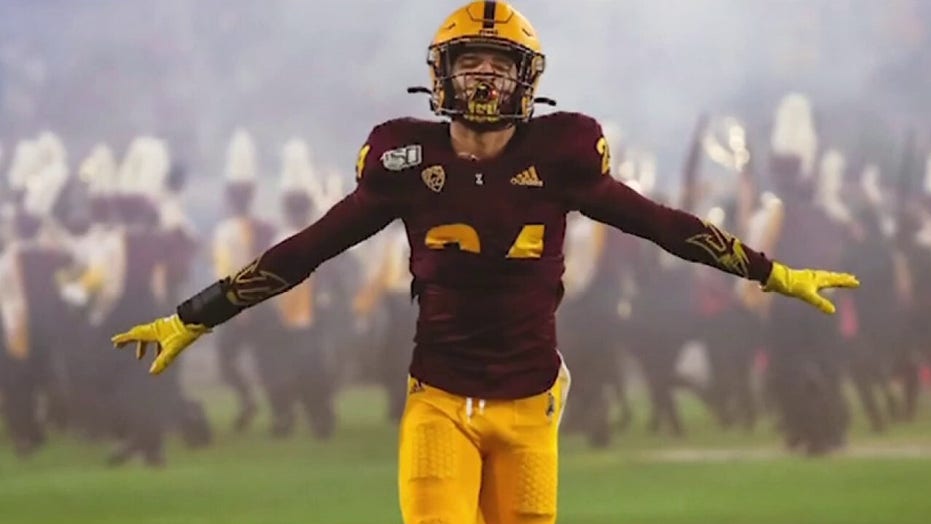 Eric Shawn: Last down for college football this season?

Chuck Culpepper of the Washington Post on the impact of coronavirus on the school gridiron.

The Pac-12 Conference voted Tuesday to postpone its college football season and all other sports through at least the end of the calendar year, joining the Big Ten Conference in pausing play due to the coronavirus pandemic.

Conference officials intend to explore the possibility of playing fall sports after Jan. 1, 2021. The decision was made by the Pac-12’s CEO group, which includes a top official from each of its member schools.

“The health, safety and well-being of our student-athletes and all those connected to Pac-12 sports has been our number one priority since the start of this current crisis,” said Pac-12 Commissioner Larry Scott. “Our student-athletes, fans, staff and all those who love college sports would like to have seen the season played this calendar year as originally planned, and we know how disappointing this is.”

Pac-12 medical officials had expressed concern about holding contact practices this fall during the pandemic. Affected athletes will maintain their scholarships and academic support resources.

The Pac-12's member schools include several top college football programs, including the University of Oregon, the University of Southern California and Stanford University. The conference said it will encourage the NCAA to provide affected athletes with another year of eligibility.

The Pac-12 revealed the postponement about an hour after the Big Ten Conference announced a pause in its fall sports season. Like the Pac-12, the Big Ten said it would consider the possibility of playing in the spring.

TRUMP: CANCELING COLLEGE FOOTBALL WOULD BE A 'TRAGIC MISTAKE'

“The mental and physical health and welfare of our student-athletes has been at the center of every decision we have made regarding the ability to proceed forward,” said Big Ten Commissioner Kevin Warren. “As time progressed and after hours of discussion with our Big Ten Task Force for Emerging Infectious Diseases and the Big Ten Sports Medicine Committee, it became abundantly clear that there was too much uncertainty regarding potential medical risks to allow our student-athletes to compete this fall.”

The NCAA’s “Power Five” conferences include the ACC, Big Ten, Big 12, Pac-10 and SEC. The ACC, Big 12 and SEC have yet to announce whether they will move forward with their fall sports seasons.

Some officials have raised the possibility that teams in conferences that postpone or cancel their fall seasons could pursue alternate options, such as scheduling games against schools in conferences that still plan to play. At present, it’s unclear if the Big Ten and Pac-12 will permit schools to take that route.

Critics have argued that fall sports pose too great to risk to student-athletes during the pandemic. A number of college football programs reported a spike in cases among players when on-campus workouts resumed earlier this summer.