KUALA LUMPUR: Manny Pacquiao produced a dominant display to stun Lucas Matthysse with a seventh round knockout and claim the WBA welterweight title. 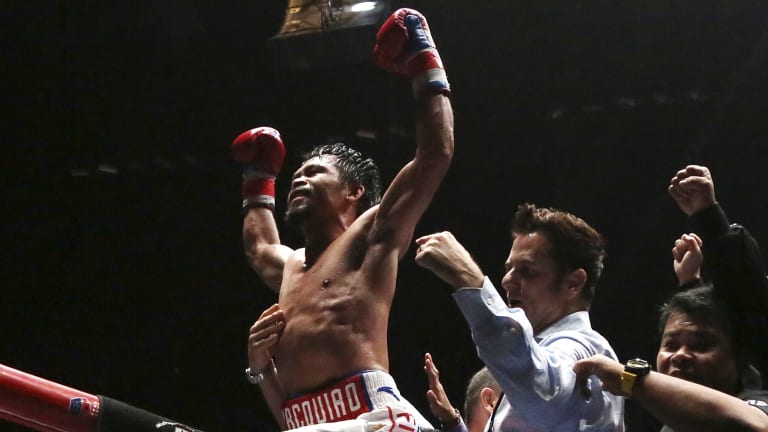 The Filipino boxing legend looked focused and busy from the opening bell and had the 15,000 fans at the Axiata Arena on their feet when he sent his Argentine opponent to the canvas three times with an array of clubbing blows.

The southpaw dropped Matthysse for the final time with a brutal uppercut and the win.

Matthysse hailed Pacquiao as a "great legend" and said he will take a break after his loss.

"This is part of boxing. You win some, you lose some," Matthysse said.

It was Pacquiao’s first victory inside the distance since 2009 and improves the eight-division world champion’s record to 60-7-2.

The 39-year-old rebounded from his disappointing loss last year to Australian Jeff Horn and his victory could extend his boxing career, which had taken a back seat to his political life as a Filipino senator.