Paine to consider his ODI future after whitewash in England

Australia captain Tim Paine intends to bide his time over deciding on his own white-ball future after his side fell to a 5-0 whitewash against England.

Jos Buttler's stunning century steered England to a thrilling one-wicket victory over the Aussies at Old Trafford on Sunday to wrap up a 5-0 whitewash. 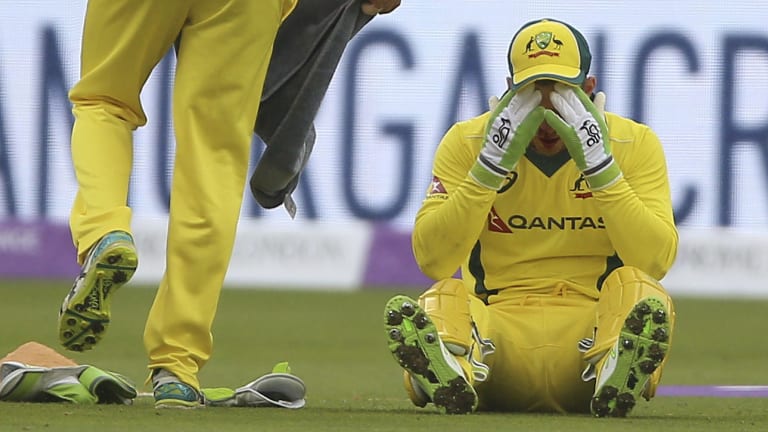 Friendly fire: Australia’s wicket keeper Tim Paine was one of the few people troubled by the Australian attack this series.

But while the run of bad results has left Paine unsure about his one-day captaincy, he fully intends to continue leading the Test team.

"I haven't thought about it to be honest," the 33-year-old wicketkeeper-batsman said after Sunday's defeat.

"All I know is I was coming here to do this series and I've said a few times before, when you are my age it's a bit foolish to look ahead.

"Certainly I am really looking forward to captaining the Test team and continuing how I have been playing in that format.

"But where I go with the rest of my cricket is something we will discuss in the coming weeks."

Paine's own performances over the series – scores of 12, 15, five, three, and just one in Sunday's final match, which saw his side post a paltry 205 off 34.4 overs, have left the Tasmanian bitterly disappointed.

"It's been difficult," Paine added. "Obviously you play cricket to do well and this series I haven't done that, I haven't played as well as I would have liked to.

"That happens but it's not certainly through a lack of effort. I'm trying my guts out, like the rest of the guys. It's one of those series, started off poorly and just couldn't get it back on track."

Paine says that despite their setback in England, he expects to see most of the squad returning next year for their defence of the World Cup.

"I think everyone who's here is going to be in the mix for that squad," he said. "We don't know who we will have available next year.

"But I've heard a few times that this team doesn't have a plan, or it doesn't know where it's going, but we do have a clear direction.

"We know we are a long way off the mark at the moment but the World Cup is not for 12 months and we know when we get our best team on the park, playing our best cricket, we are going to be right in the thick of it."