Chelsea’s £62million German attacker blitzed Palace with a sensational showing to get manager Thomas Tuchel’s top-four assault back on track. 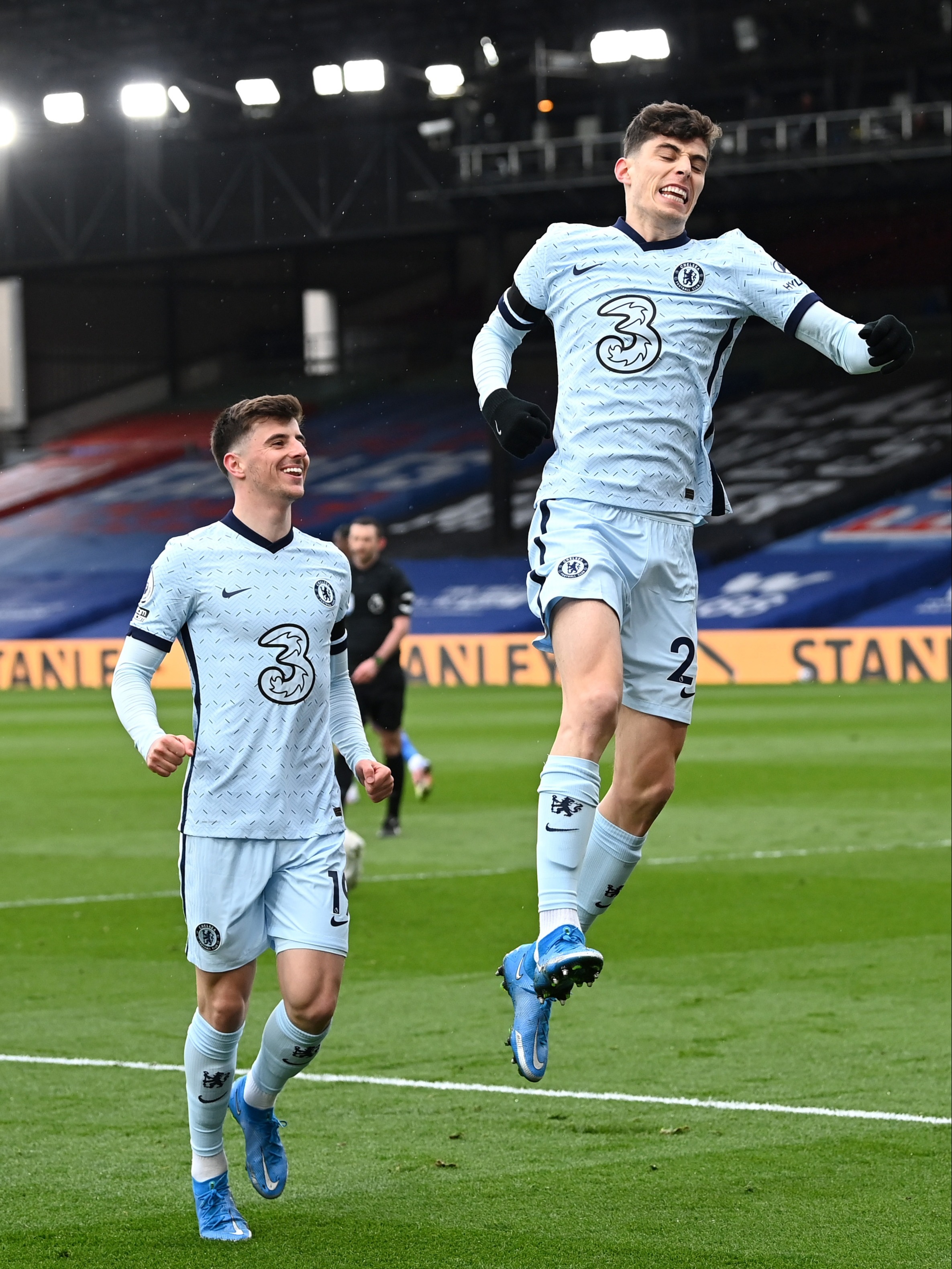 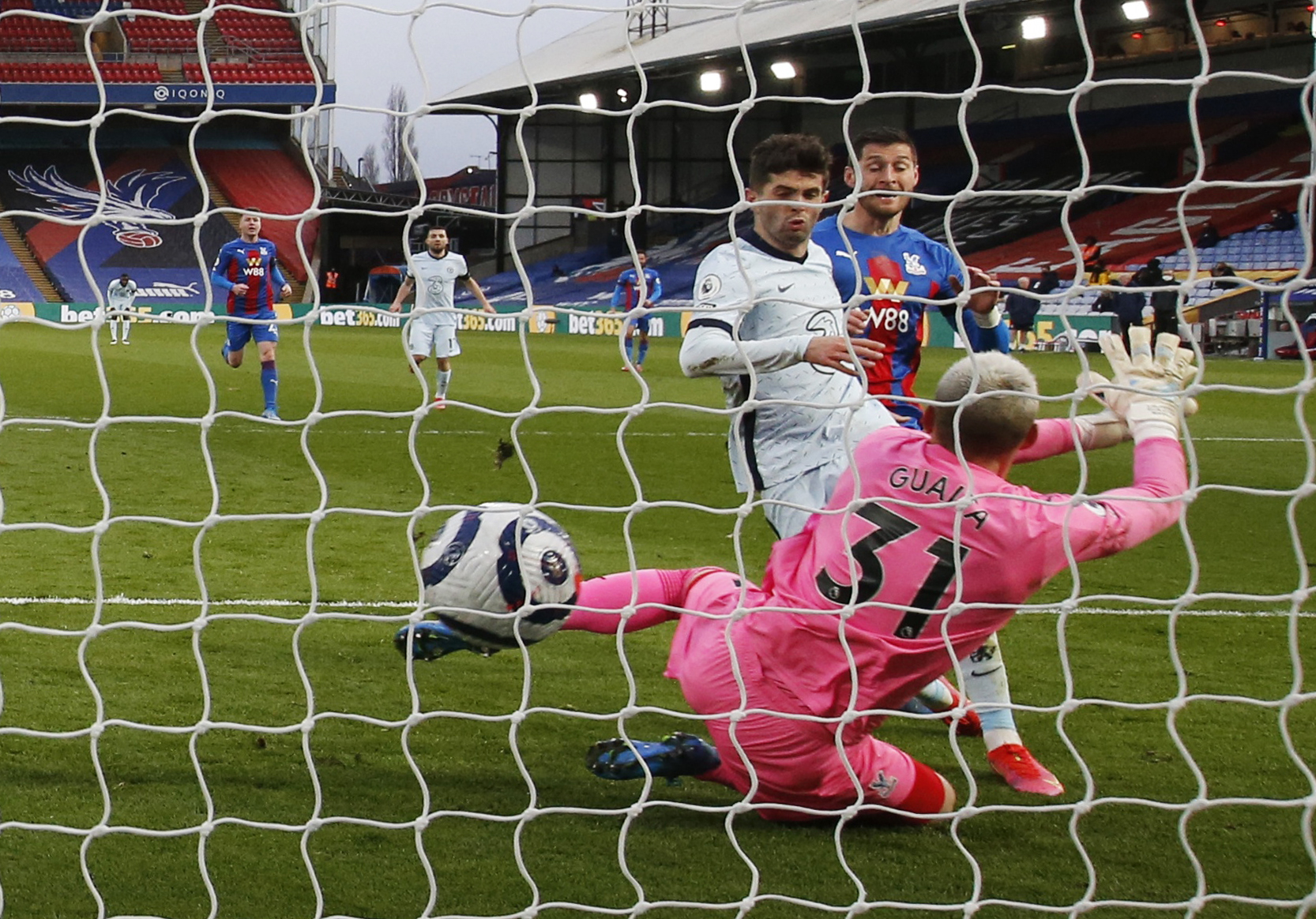 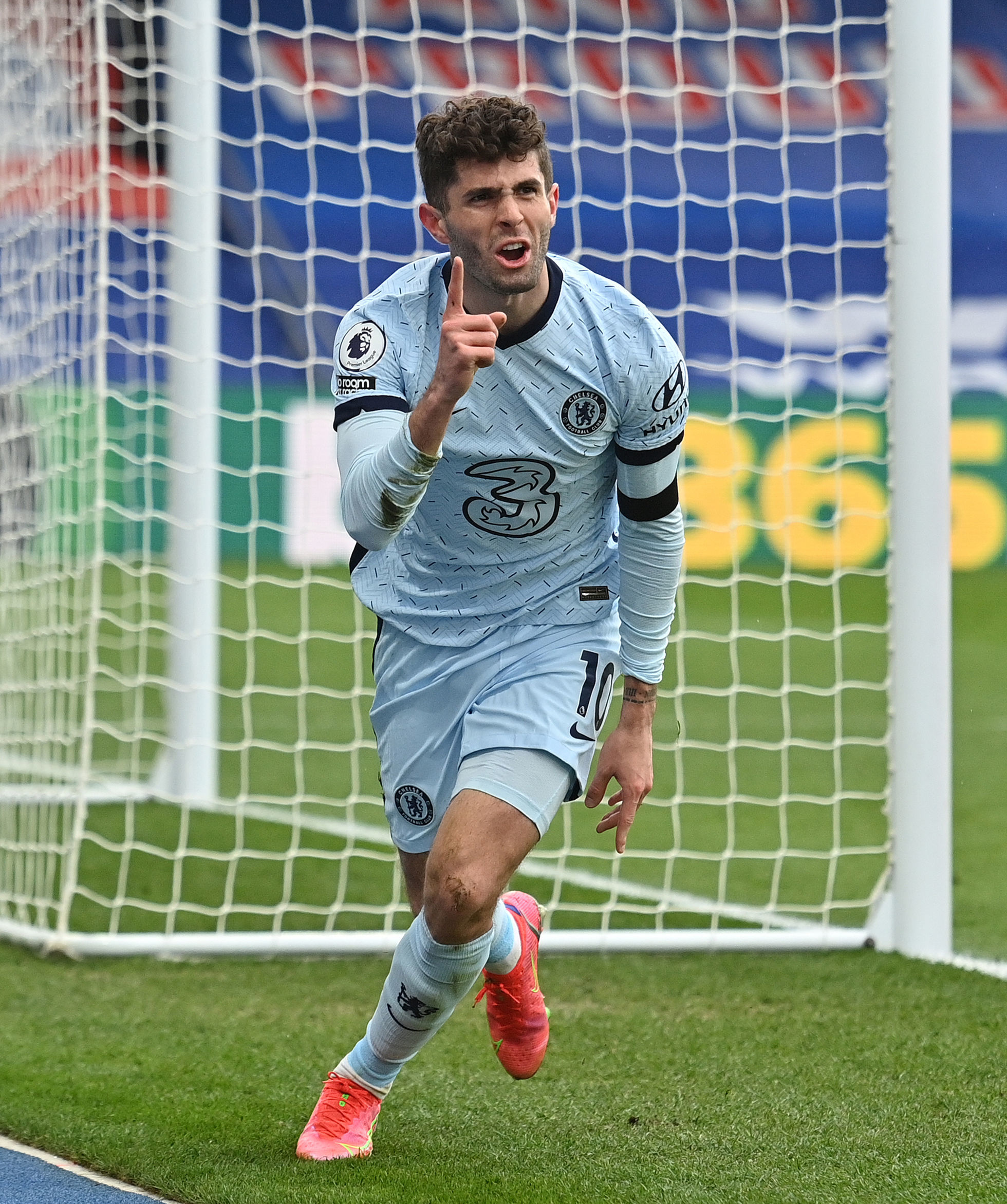 Red-hot Havertz scored the first and laid on the second for Christian Pulisic as the Blues raced into a 2-0 lead inside 10 minutes.

Kurt Zouma made it 3-0 before the break to banish memories of last week’s 5-2 stuffing at home to lowly West Brom.

It was all too much for Palace star Zaha, who well and truly spat out his dummy as first he became embroiled in a 40-yard slanging match with team-mate Patrick van Aanholt.

Then the stroppy Ivory Coast international had a go at Eagles midfielder Eberechi Eze.

And after countless instances of throwing his arms in the air and blaming his team-mates for everything he tried to pick a fight with Chelsea’s Mason Mount – which resulted in ref Michael Oliver calling over both captains to defuse the situation.

You could understand Zaha’s frustration, but not his reaction. He was as much to blame for this defeat as anyone in red and blue.

The angrier he became the more distracted he became and the worse he performed.

He needed to take a leaf out of Havertz’s book who was so calm and relaxed he was practically horizontal as the fast-improving ace put one of his best displays since his megabucks switch from Bayer Leverkusen in September. 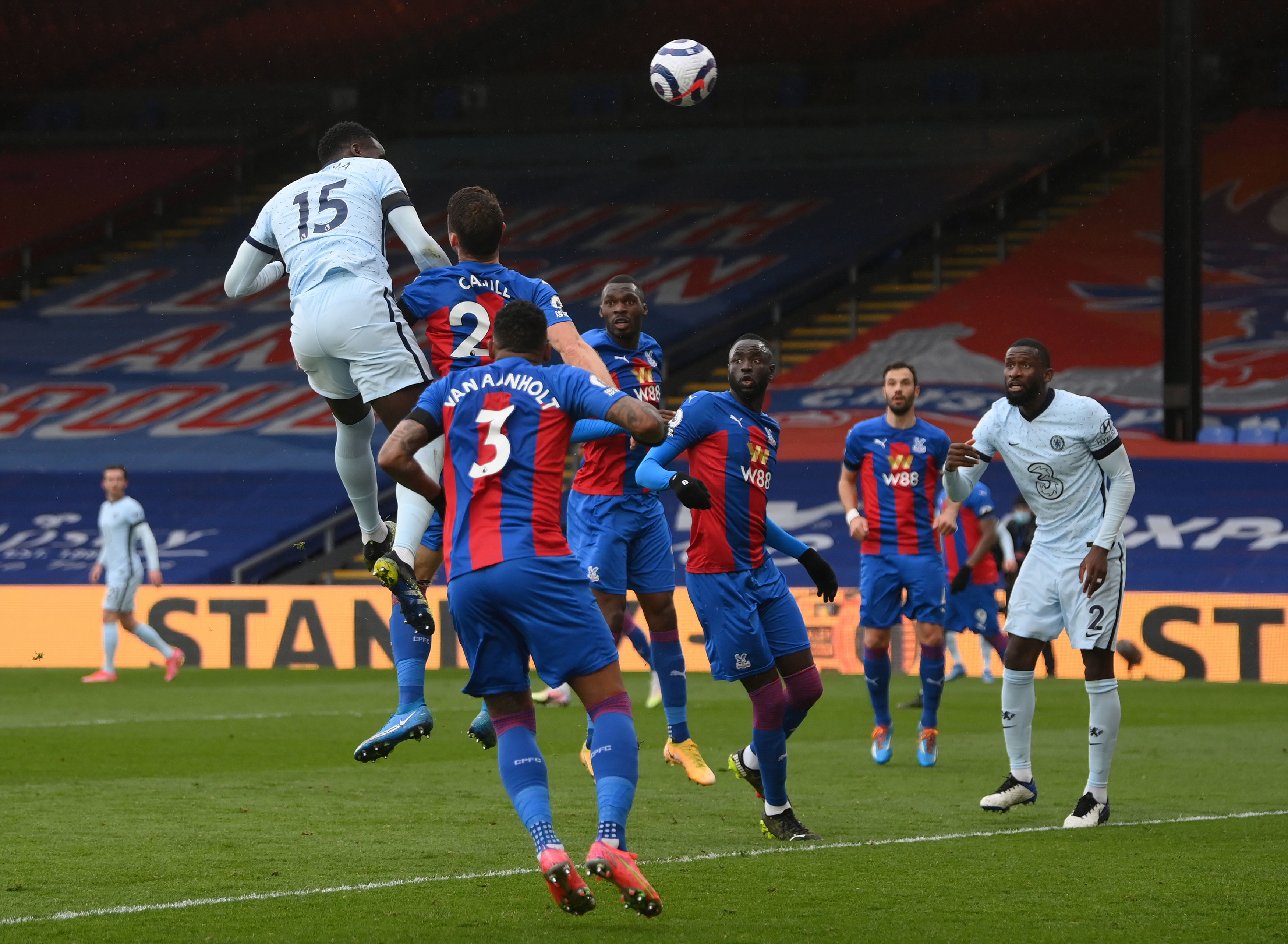 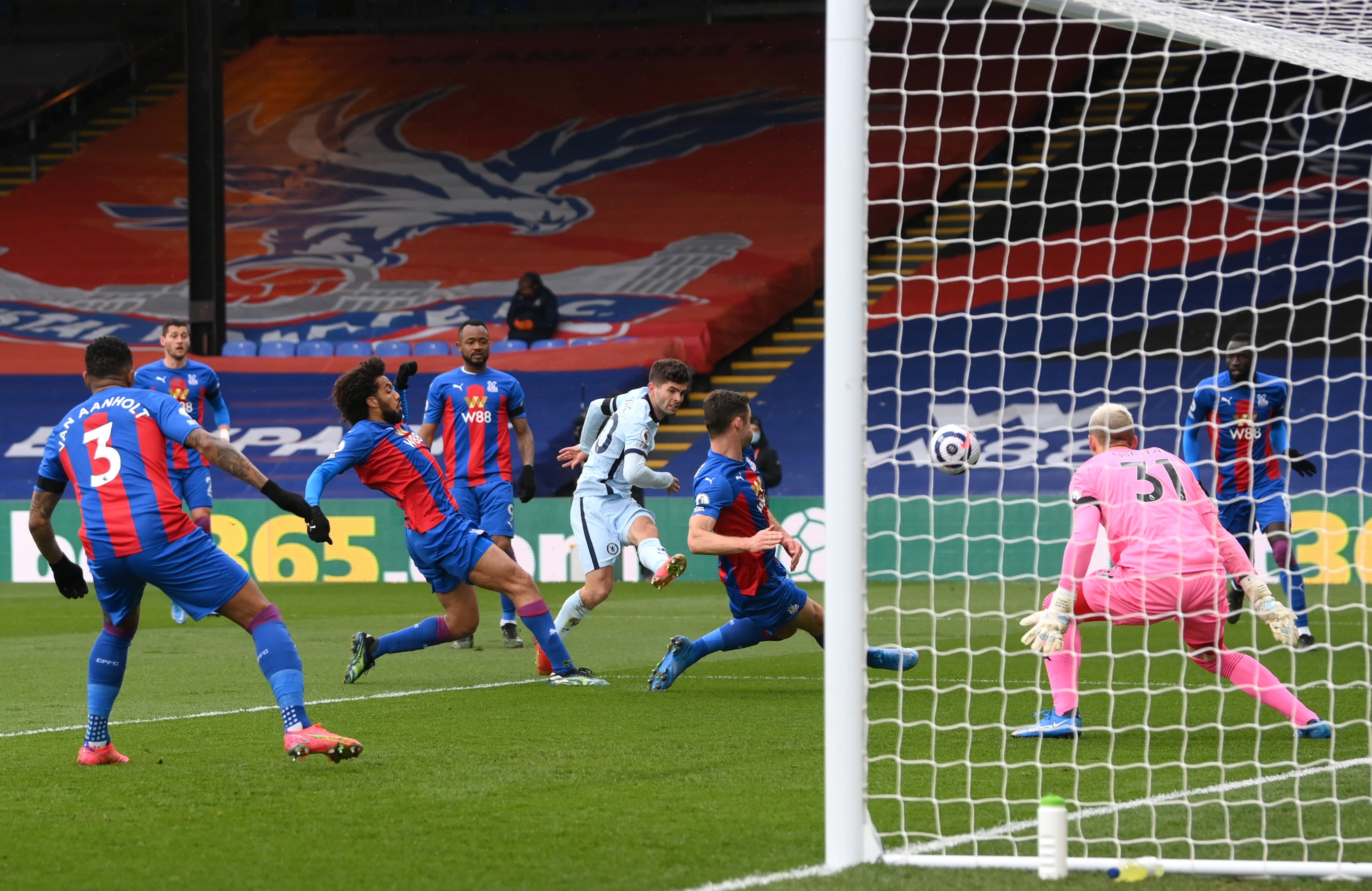 And he was not the only Chelsea player to turn on the style.

As for Palace, this defeat should not detract from a season that has seen them defy the odds but not expectations by avoiding the drop.

Christian Benteke second-half header was scant consolation and with Hodgson, his assistant Ray Lewington and 12 first-team stars out of contract at the end of the season, it seems the Eagles hierarchy are planning for a summer overhaul.

Not so at Chelsea – who notched a fourth with Pulisic’s second of the match 13 minutes from time.

Last weekend’s bashing by the Baggies was their first defeat in 14 matches under Tuchel and left the door ajar for their rivals in the race for a top-four Prem finish.

After West Ham leapfrogged above them into fourth with their win at Wolves on Monday, Blues had dropped to sixth by kick-off here due Liverpool’s late salvo against Aston Villa. 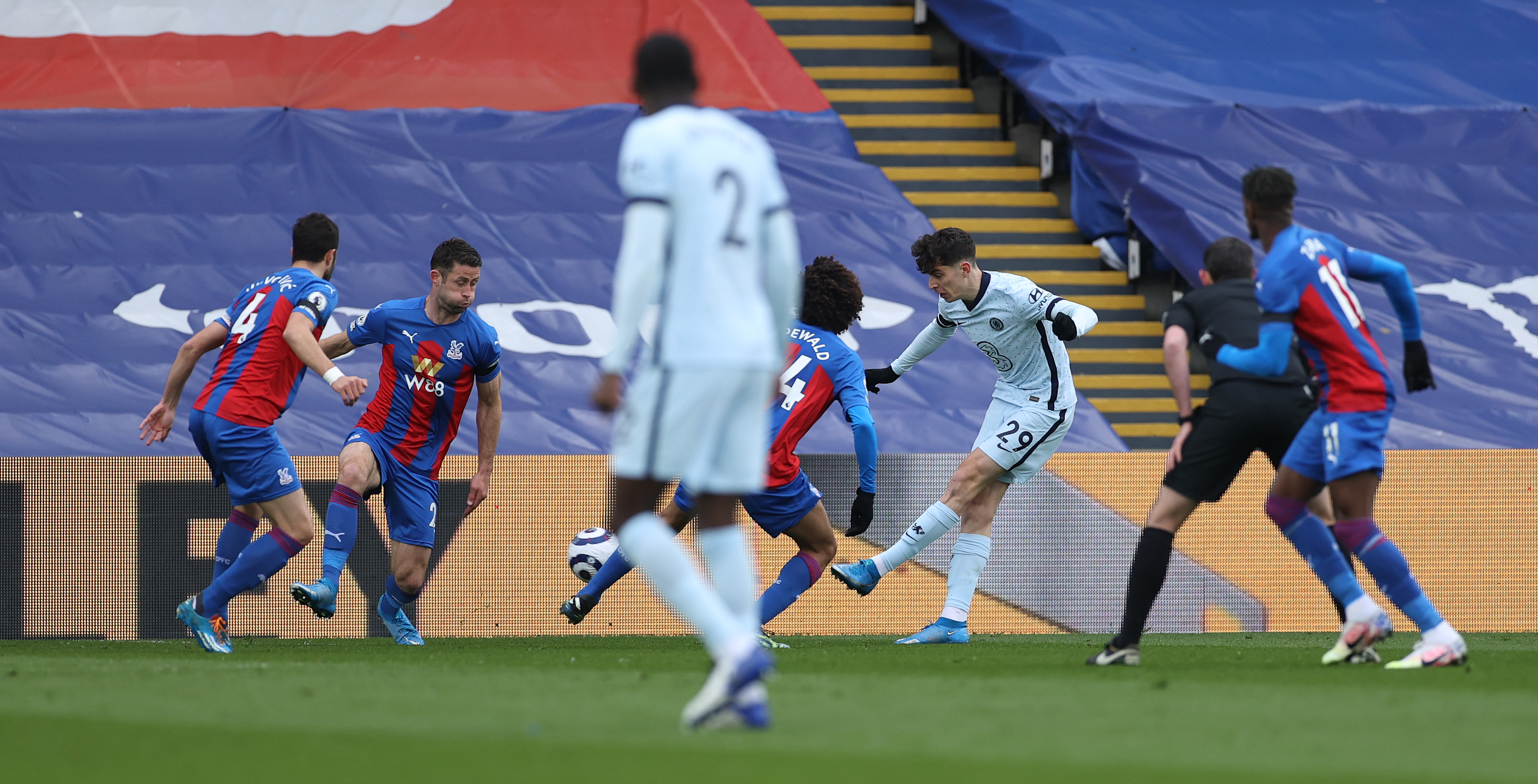 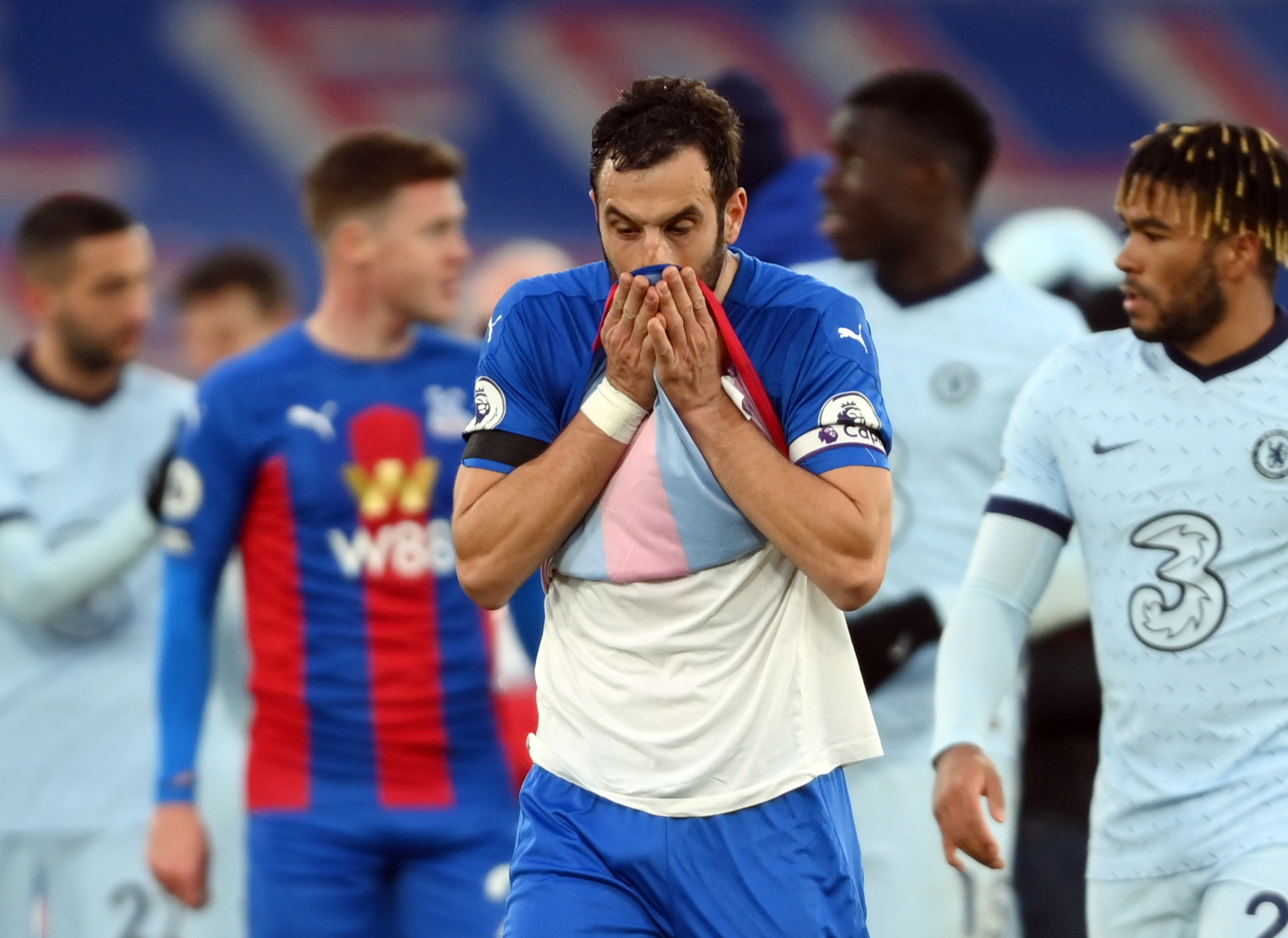 But just one point below their challengers, Tuchel and his team knew a victory here would see them finish the day two points clear in fourth – with the Hammers hosting Leicester on Sunday.

And so it came to pass as Chelsea followed up their excellent 2-0 win ‘away’ to Porto in their Champions League quarter-final in Seville on Wednesday with another fine showing.

Tuchel made three changes to his starting line-up from that trip Zouma, Pulisic andHudson-Odoi coming in for Andreas Christensen, Reece James and Timo Werner.

Hodgson named the same team that drew 1-1 at Everton on Monday – although on-loan Chelsea striker Michy Batshuayi, who came off the bench to score a late equaliser, was ineligible to face his parent club.

Tuchel has honed a reputation as a top coach and master technician but he showed it is sometimes best to keep things simple as he screamed an order at his stars in the opening stages to “Stop playing long balls.”

Message received and understood, the visitors took an eighth minute lead when after Palace keeper Vicente Guaita had produced a stunning close-range block to deny Pulisic. 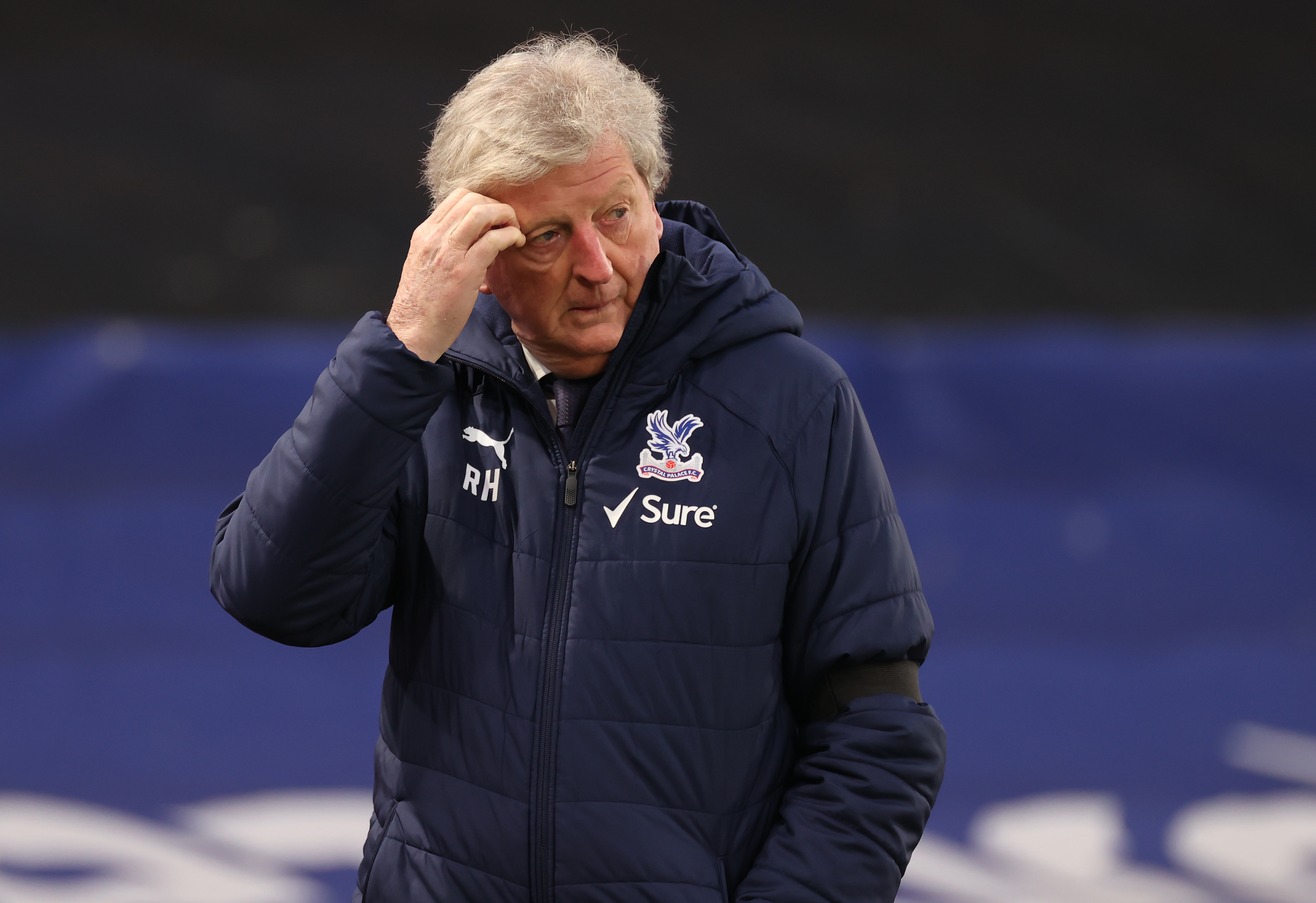 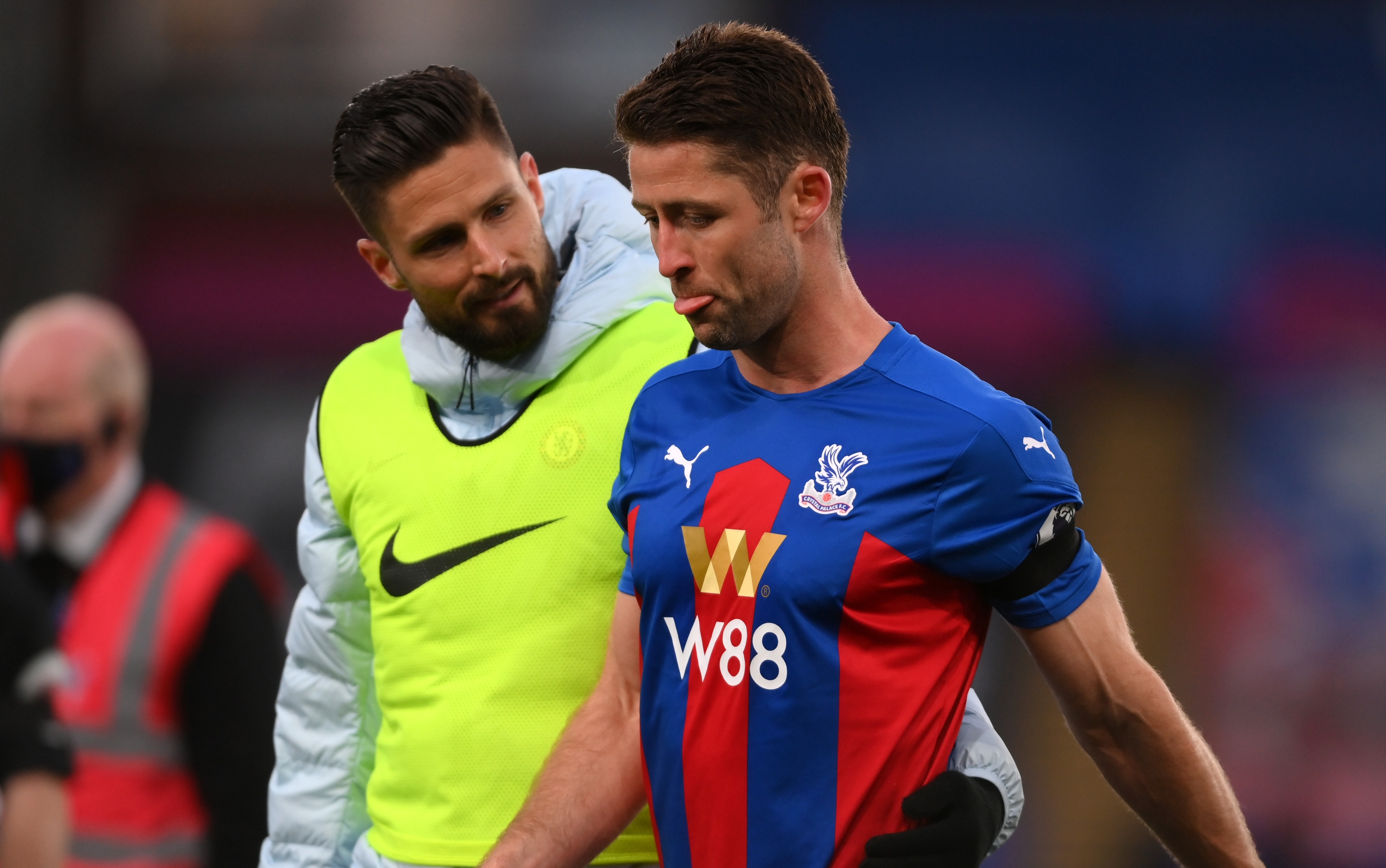 Eagles' England Under-21 playmaker Eze failed to clear his lines and Hudson-Odoi fed Havertz, who jinked into the box before delicately steering a shot into the far corner.

Two minutes later Chelsea were 2-0 up with Havertz turning provider as he played in Pulisic who thumped his shot past Guaita.

Poor old Palace did not know what had hit them as they struggled to get out of their own half.

After the shellshocked hosts managed to go a few minutes without conceding a chance, Lewington tried to rally his troops with a shout of: “We’re better, we’re better…”

In truth, they could hardly have been worse following their dreadful start.

But Chelsea refused to sit back as they went in for the kill. Antonio Rudiger went close with a header, Havertz had a stunning effort saved by Guaita and Hudson-Odoi’s shot was blocked by Blues’ old-boy Gary Cahill before Zouma headed in Mason Mount’s free kick for their third on the half-hour mark.

Zaha’s temper boiled over as he confronted Mount, who just laughed in his opponents’ face.

Mind you, he could afford to laugh after his side’s blistering opening.

Palace were lucky not to go in at the interval further behind after Mount drove a shot wide Zouma had a header cleared off the line by Van Aanholt.

Ben Chilwell should have made it four straight from the restart but after getting into the box he blazed his shot across the face of goal. The left-back then fired another shot over the bar.

Chelsea were cruising but the closing stages were harder than they should have been after Benteke pulled one back for Palace with a 63rd minute header from Jeffrey Schlupp’s centre.

But Pulisic bundled in sub Reece James’ cross to complete the scoring in the 77th minute.