Penrith will pay a heavy price for supplying the bulk of the stars for the representative period, with the club facing the prospect of paying up to $85,000 in rep bonuses.

The Panthers will provide the Blues with James Maloney, Nathan Cleary, Regan Campbell-Gillard and Tyrone Peachey, triggering $45,000 in bonus payments as per their contracts. The total could have been five had Josh Mansour's injury not ruled him out of contention. 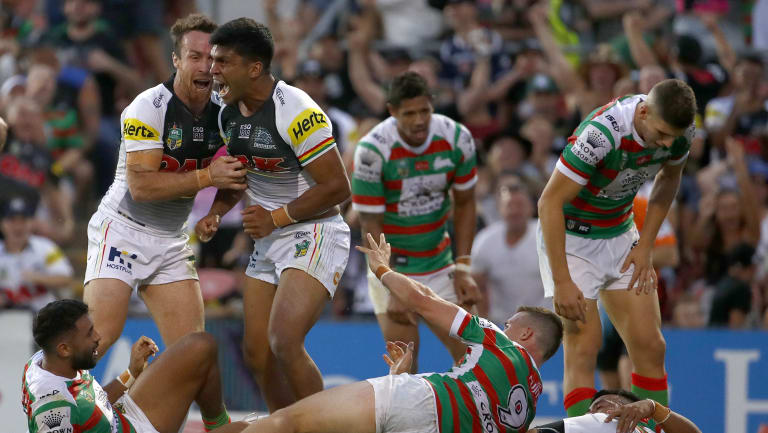 Awesome foursome: The Panthers playing Origin, including James Maloney and Tyrone Peachey, will prove costly for the club.

The mountain men also face the prospect of paying out an additional $40,000 if the majority of their New Zealand candidates – Dallin Watene-Zelezniak, James Fisher-Harris, Corey Harawira-Naera, Dean Whare and Sione Katoa – get a call-up for the Denver Test against England.

The club is sitting on top of the NRL ladder after toppling St George Illawarra over the weekend and its representative contingent has played a key role. While Panthers supremo Phil Gould last year threatened to make his players unavailable for State of Origin due to the “toxic” culture of the Blues at the time, he and the rest of the Panthers hierarchy are fully behind NSW for this season’s campaign. However, a sore point is the fact that rep bonuses will be included in the club’s salary cap, a punishment for the club’s success.

“That’s where the cap is wrong, the better you go, the more you get penalised,” said Penrith CEO Brian Fletcher. “There’s nothing wrong with us giving them a bonus, we don’t mind paying it, but it’s terrible when you have to put it in the cap. You get penalised twice.”

Most pundits predicted the Dragons would be the Sydney club most affected by Origin, but only Jack De Belin, Tyson Frizell and Paul Vaughan made the Blues side. Most player managers include bonuses for when their players make their first rep side and the Denver Test will provide some with another opportunity to make an earn.

The NRL, the players’ union and the clubs have agreed no players will be sanctioned if they pull out of the Denver Test, although it’s understood just about everyone eligible contender is keen to be involved in the landmark international at Mile High Stadium.

“We would never (ban players),” Fletcher said. “Our football department and coach and everybody will advise them on what’s best for them. Then they can make their own decision.” 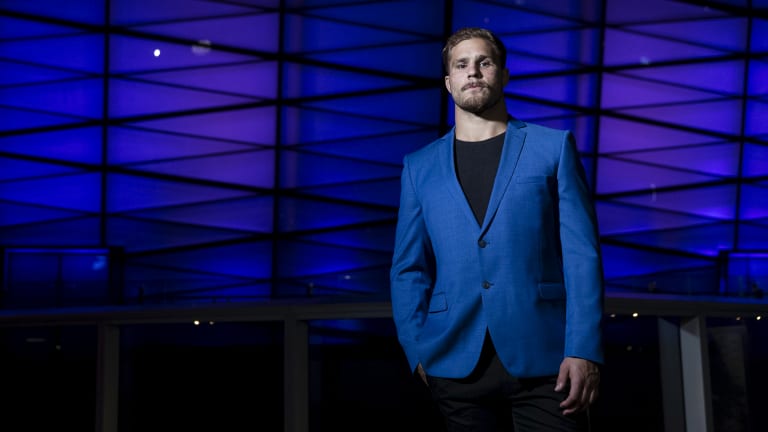 Fired up: Jack De Belin is one of three Dragons players in the NSW side.

How enlightening is this. Panthers prop Regan Campbell-Gillard, interviewed on stage during the NSWRL’s True Blues ball at The Star, was asked about what he will be thinking in the moments before running out for his debut. He could have pulled out any number of cliches. Instead, he produced this gem.

“If we’re kicking off or if I’m receiving, that’s one thing I’ll try to get my head around,” Campbell-Gillard said. “Hopefully they kick it my way and I can start the game from there. I’m just excited to be here and hopefully when I put that jersey on I can start killing some people.”

I’m just excited to be here and hopefully when I put that jersey on I can start killing some people.

Mark this one down in the ‘you had one job’ department. When Brad Fittler caught up with Tom Trbojevic recently to discuss his Origin prospects, there was only one message. It’s fair to say, it didn’t sink in.

“I caught up with Freddy about three weeks ago and he made one point to me that he was going to stress throughout the whole camp,” Trbojevic explained. “He goes: ‘I just hate forward passes, they can’t happen in our game. You’ve got to cut them out of your game or you’re not going to win.’ Little do you know, the next week I threw two of them.” 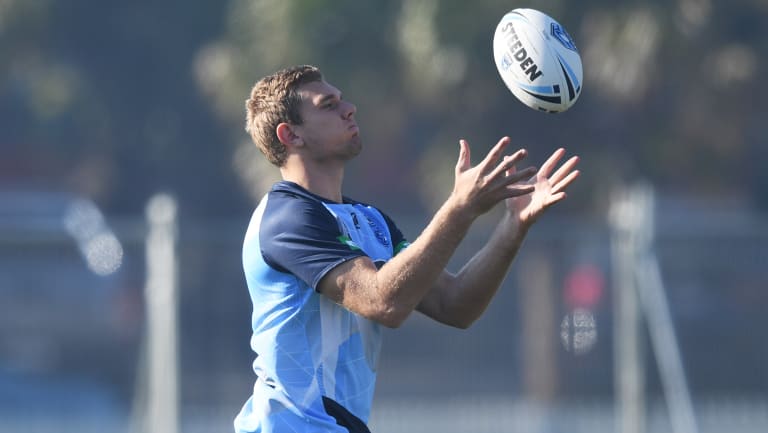 Close call: Tom Trbojevic almost below his shot at being a Blue.

Fittler at that stage had Trbojevic pencilled in as his fullback ahead of James Tedesco. But after watching ‘Tommy Turbo’ blatantly disregard the edict, he almost punted him from the side altogether.

We’re tipping the message has now sunk in.

Sunny days ahead for Freddy

If you look closely at this pic of uber cool NSW coach Brad Fittler, you will notice that he is rocking Beau Ryan-branded sunglasses. Ryan recently released his own brand of shades and figured Freddy would provide a pretty solid endorsement. 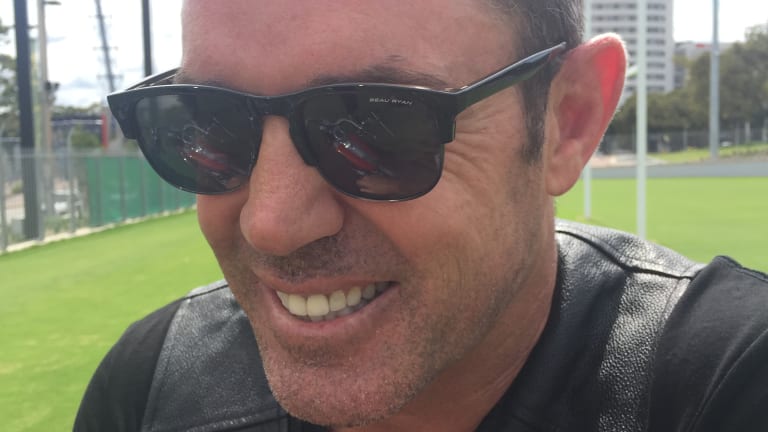 Fittler has ensured his new-look squad is also a stylish one. It was his idea to outfit the team in black T-shirts under their jackets at the True Blues Ball, disposing with the formal shirt-and-tie tradition.

Paul Vaughan, when he makes his Origin debut at the MCG, will etch himself forever into Blues history. The Dragons prop will become the 1000th player to pull on the sky blue jersey, dating back to the very first interstate clashes.