PAUL ELLIOTT had experienced intolerable bigotry in Italy and Scotland, then Ken Bates popped up to Glasgow and suggested a move to Chelsea.

His pitch was made over a drink in Victoria’s nightclub and Bates’s personality far outweighed his club’s reputation of racism from the terraces. 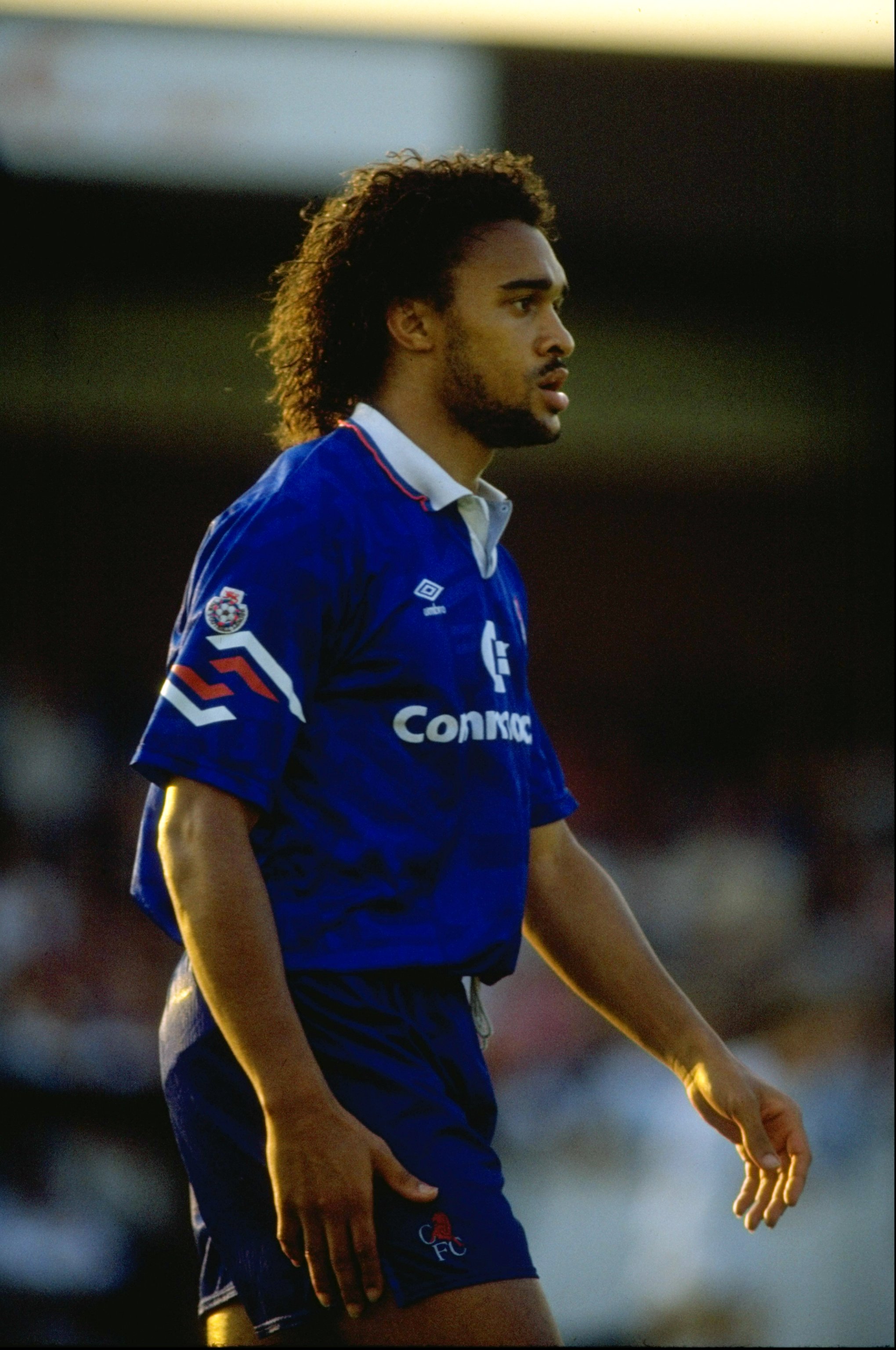 “I said to him I’ll come to Chelsea as long as there are no electric fences,” said Elliott.

“He said ‘they are long gone, we got rid of that’. We knew about Chelsea’s past but knew it had changed.”

Bates’ fences were soon dismantled, although perceptions have remained.

Not much has changed either in Serie A since Elliott became Pisa’s first black player some 32 years ago.

He returned to the club this month to mark their centenary and was asked about Leonardo Bonucci’s reaction to Moise Kean getting abused.

And sectarian abuse in Scotland has been in sharp focus this season, which Elliott also witnessed north of the border.

Elliott’s job now is with the FA, using his experience of discrimination during his own career and trying to make the game more diverse today.

At 55 he has seen it all, starting in the 1980s when racism was commonplace in the stands, rarer in the dressing room but still present.

“I won’t say which club but I was young and was the only time I had an issue with a team-mate,” Elliott said.

“I remember him saying ‘let’s get some coonflakes for Paul’ when I wanted cornflakes.

“But that player realised it was an error of judgement. That is when I realised that strength of character that came from my Mum and grandmother.

“They would never accept that on the street so why should I accept that in the environment that I work in?”

I won’t say which club but I was young and was the only time I had an issue with a team-mate. I remember him saying ‘let’s get some coonflakes for Paul’ when I wanted cornflakes.

Elliott’s family hailed from Jamaica and his grandmother Sissy was part of the Windrush generation that moved to the UK after the war. His mother Lucy was a social worker after studying for her qualifications.

“Proper South London,” he calls it.

Then as a pro with Charlton, Luton and Aston Villa he needed “an extra layer of skin” to deal with the bile from the terraces.

Elliott said: “The truth of the matter was football represented the ugliness of society then. The BNP and National Front had a strong presence on the streets. Parts of London just weren’t safe. It was a very very challenging time for black players.”

At Luton he learnt from his manager David Pleat. He was in awe of his team-mates Ricky Hill, Brian Stein and Vince Hilaire.

“David Pleat was a Jewish manager, a wonderful manager, playing eight black players but he played us on merit,” said Elliott.

Moving to Pisa in 1987 saw the footballing stars align. They were scouting Mark Walters but saw his team-mate impress against the likes of Graeme Sharp and Mark Hughes.

Ian Rush had just moved to Juventus and Elliott was one of the next on the plane to Italy, where his big mate was World Cup-winning Brazilian Dunga.

He marked Ruud Gullit in his first game. Not long after, he was facing Diego Maradona and fell for his dark arts.

Elliott said: “Ruud scored this unbelievable header and I was marking him and one of his dreadlocks poked me in the eye and I was bloodshot for two weeks.

“My third game I was sent off against Maradona as I had a bit of confrontation with him.

“I didn’t know what he was saying as he was talking in Italian but let’s just say he said his penny’s worth and got a bit back from me as well.

“Salvatore Bagni got involved and pushed me, I pushed him back and he’s gone down in installments like he was shot.”

No bad feelings towards Dean

PAUL ELLIOTT insists he holds no bitterness towards Dean Saunders after the tackle that ended his career.

Elliott retired at 30 from a knee injury after Saunders’ challenge in 1992 and has not seen the ex-Liverpool striker since.

He said: “I’ve seen ex-players carry anger and bitterness. It is very unhealthy. It can put pressure on other organs if you carry that resentment.

“I’ve got no pain. I’ve got no anger. I said tongue-in-cheek at the time that I’d like to meet him in a telephone box! If I saw him now I’d walk up to him and say ‘hello Dean, how are you?’

“People said he should have been man enough to speak you me but maybe he was advised otherwise. It didn’t really bother me.”

Elliott lost a lawsuit against Saunders for the challenge but said: “I did what I thought was right.

“If the challenge happened today it would have been a slam-dunk. I would have got the outcome.

“At that time it was a first. They didn’t want to set a dangerous precedent.

“When something is so personalised and those people haven’t got the experience of walking in my shoes and living that, they don’t know what it’s like.

“It’s the same with the injury. They don’t know I had several operations, the physical discomfort that I had and the way it impacted me.”

Part of the learning curve was dealing with the monkey chants and booing.

“The advantage was I didn’t speak Italian but the noises were familiar,” he said. “It is universal, there is no misunderstanding when you hear it.

“I can understand why people say there has been a lot of denial in Italy. There had been historical denial, there is no question about that.”

Elliott is still known as the “Geezer from Pisa” at his old club.

He opened their museum when he returned recently but racism has never been eradicated in Serie A.

“The challenges are historical and the leadership has not been strong enough," he said.

His big pal Walters had a huge part in persuading him to join Celtic.

After a few weeks Elliott called him up and made the tongue-in-cheek comment that he had been stitched up, given the abuse he was receiving.

This isn’t Chelsea’s problem. It is a societal problem.

Now at 25, Elliott publically made his feelings clear that found it unacceptable.

He said: “It was a seminal moment in Scotland. It was like the Raheem Sterling moment but in a different way.

“I realised it would be a failure or a dereliction of my duty if I didn’t speak up at 25. I was mature enough and I had that global experience where I had the credibility to speak.

“Celtic-Rangers games were brilliant games and they would call you a Fenian so-and-so and refer to my colour. There would be the booing and monkey chanting as well.

“That came from a minority as you would go out socially and I would meet the other side of the Rangers support and they were fantastic.”

When he arrived at Chelsea the newly-formed Premier League was around the corner and audiences were changes.

Chelsea has never shaken off that tag of having a problem with race, but Elliott said: “This isn’t Chelsea’s problem. It is a societal problem.

“What we cannot afford to do in football is for the minority to supercede the great majority.

“What sport has a duty to do – and it doing – is when they are in stadiums, there has to be zero-tolerence.

“Every time there is a challenge at Chelsea, Bruce has shown strong leadership and there is zero-tolerence, strong messages and intervention from the law. Whether it is Chelsea or any other club, that is all they can do.”