MANCHESTER UNITED midfielder Paul Pogba sported a personalised backpack as the team arrived at The Lowry Hotel ahead of their game against Brighton later today.

The World Cup winner showed off the stunnig design, which featured a drawing of himself, his shirt No6 and a smattering of French colours. 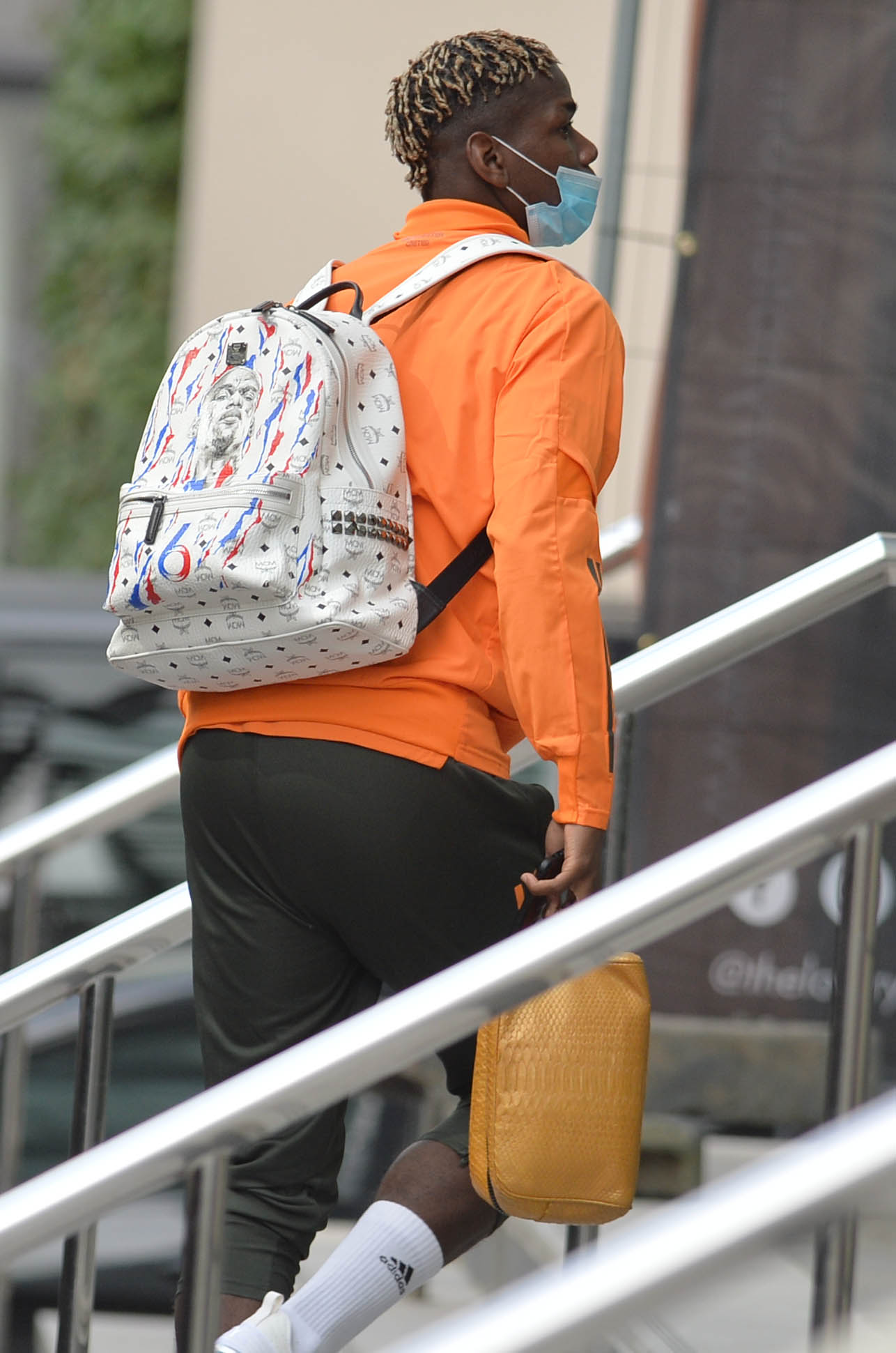 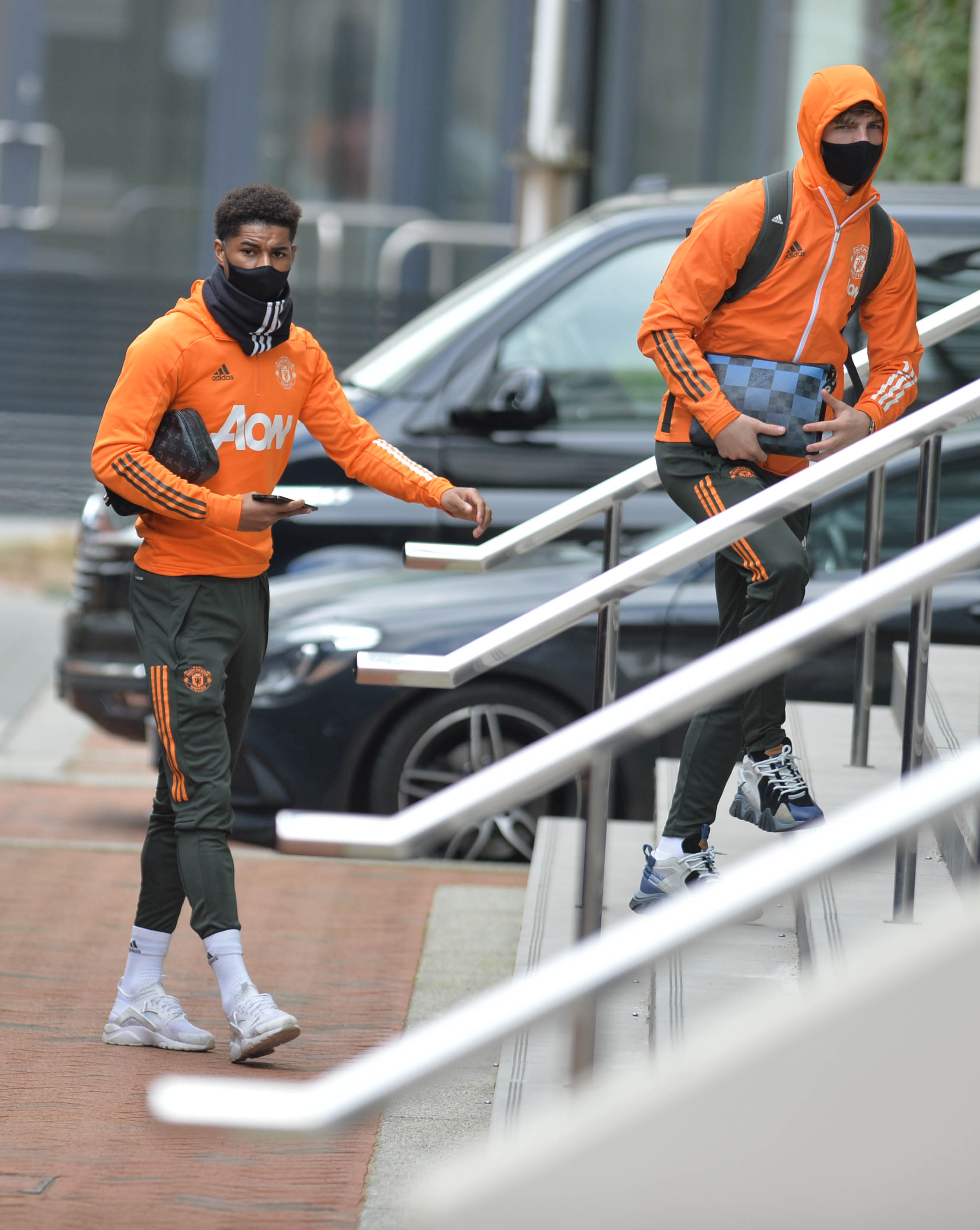 Among those spotted arriving at The Lowry was Marcus Rashford, who returned to training earlier this week.

The England forward missed United's defeat to Leicester before the international break due to a foot injury.

Mason Greenwood also resumed first team training a few days ago as he recovers from a knock of his own.

But Anthony Martial will not feature at Old Trafford as Pogba's international team-mate remains sidelined following an injury he sustained for France against Kazakhstan.

David de Gea was another Red Devil snapped entering the team hotel ahead of the Brighton game.

The Spanish keeper will be hoping he can reclaim the No1 spot from Dean Henderson after missing a number of games due to the birth of his daughter Yanay.

Henderson had only conceded one goal in five games prior to United's visit to Leicester in the FA Cup before the international break where they were beaten 3-1. 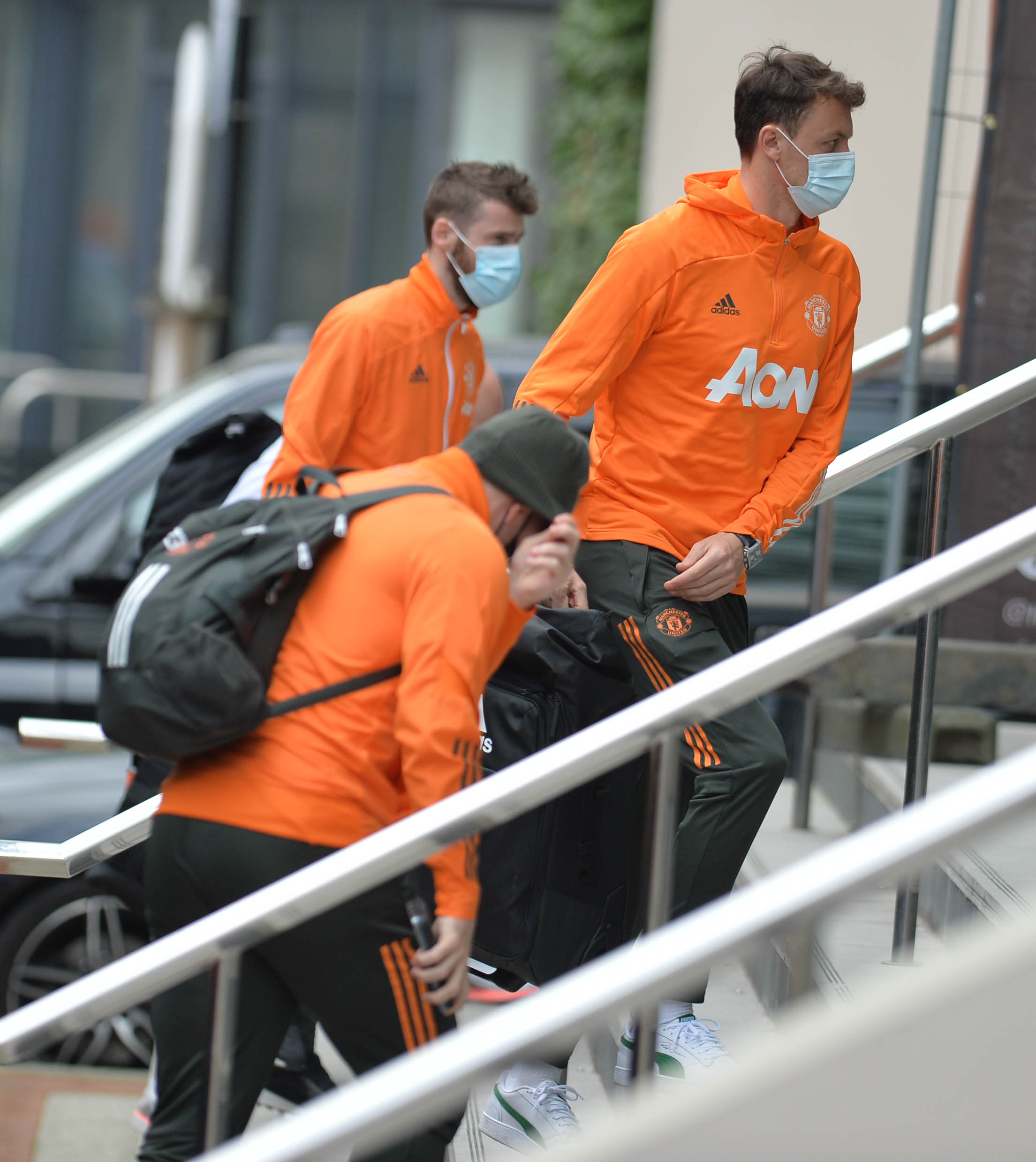 A number of other fringe players will be hoping they can keep up the momentum they have built from successful spells away with their national teams.

Dutch midfielder Donny van de Beek, who has struggled for minutes in the Premier League, netted for The Netherlands against Gibraltar.

And Daniel James scored Wales' crucial winner over the Czech Republic in midweek.

England's Harry Maguire also scored for Gareth Southgate's side against Poland on Wednesday and will be looking to captain his club side to another victory this evening.

Man Utd will be looking to move four points clear of Leicester City and establish second place in the table with three points today.