The diminutive winger was involved in a horror collision with the opposition keeper that resulted in him being grounded for a few minutes. 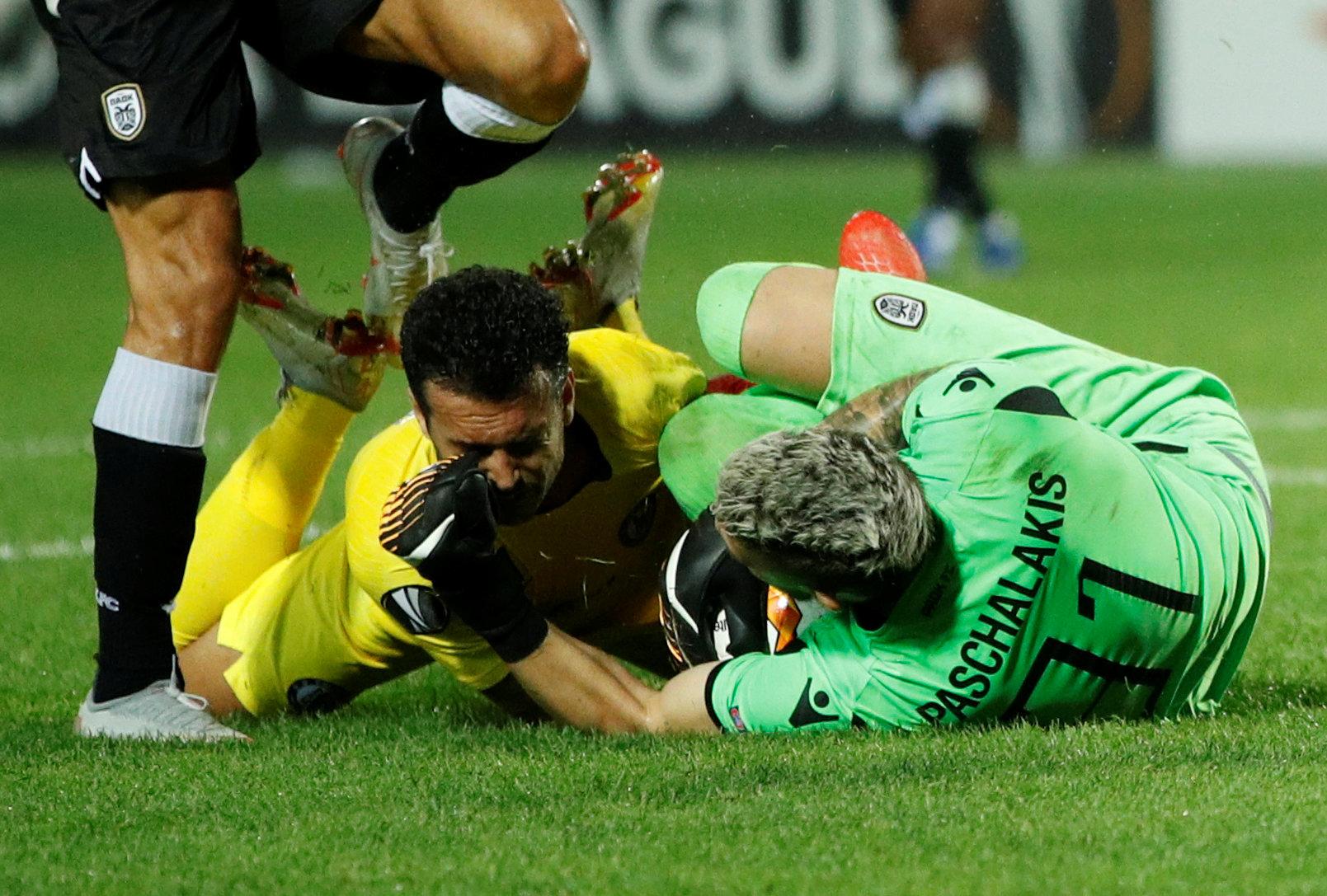 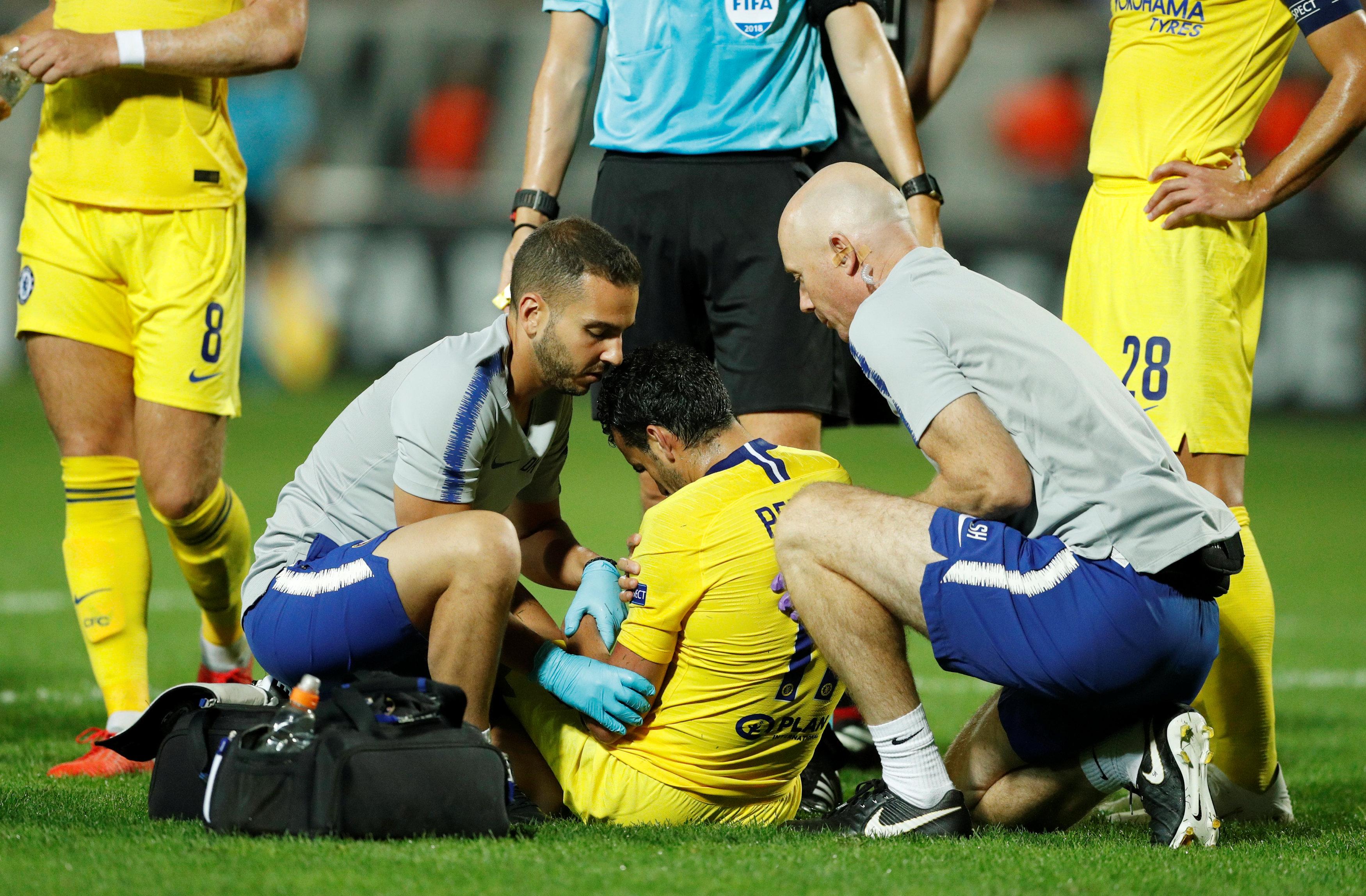 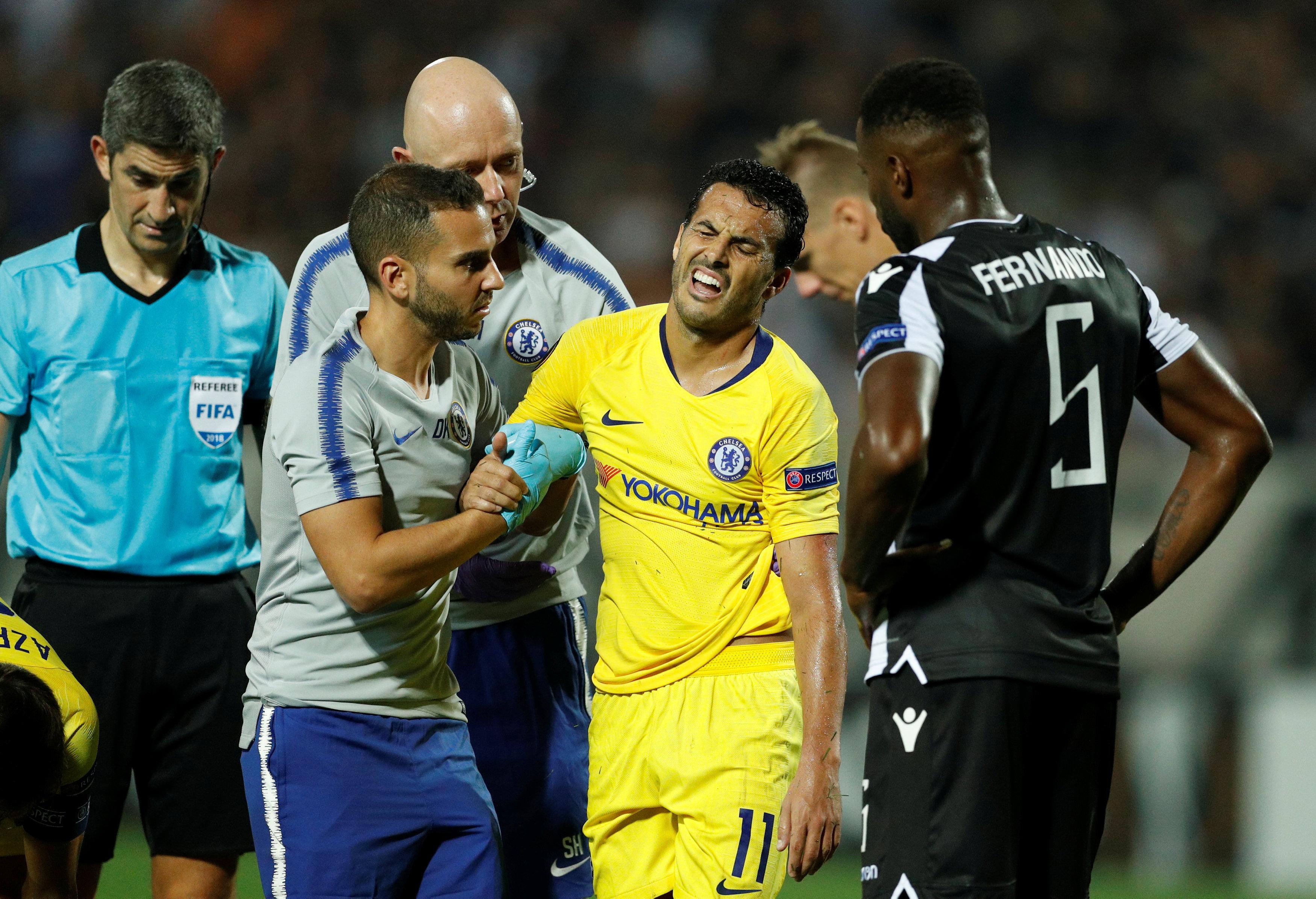 But Blues boss Maurizio Sarri played down fears saying after the match that the injury was "probably not very serious".

As he got to his feet, it appeared he had picked up a shoulder or arm problem, and he was helped off the pitch by the Blues' medical staff.

The Spaniard was squinting in pain as his left arm hung gingerly by his side, as his team were forced to see out the last few minutes with ten men.

But they held on to record a 1-0 victory thanks to captain-for-the-night Willian. 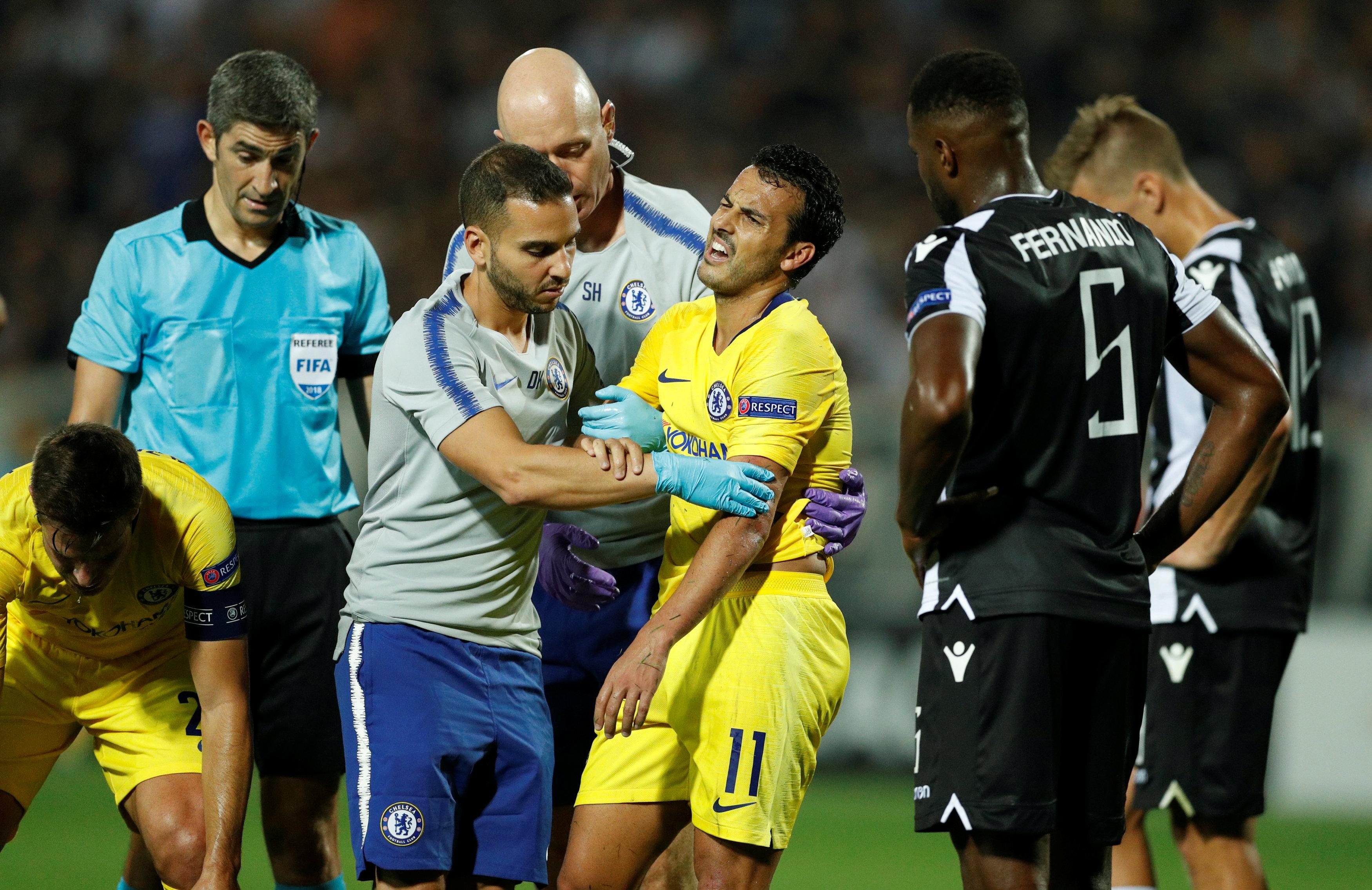 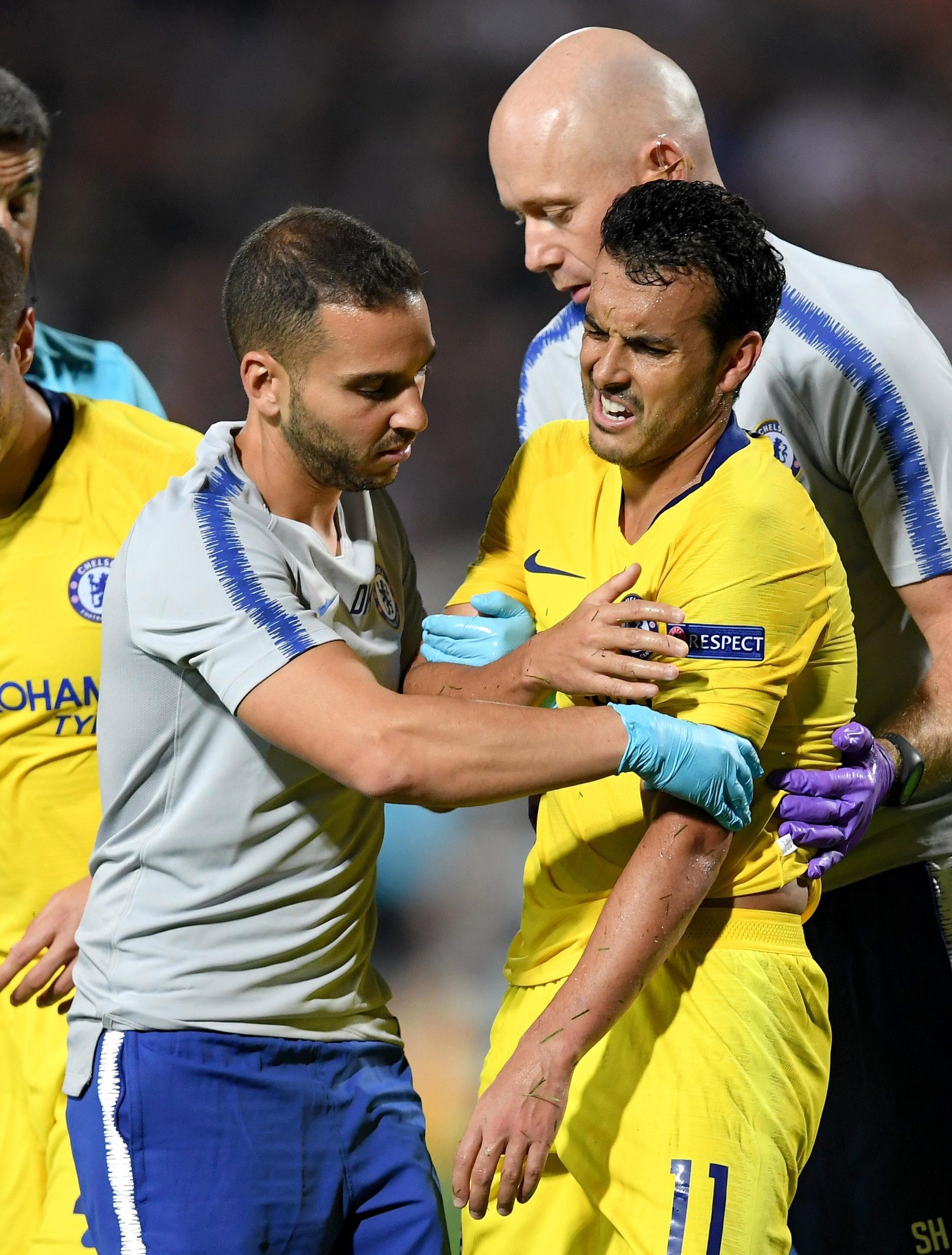 Sarri said after the game: "I don't know the situation exactly.

"I spoke to him for a few seconds but it probably isn't a serious injury.

The Brazilian was given the armband by boss Maurizio Sarri and then scored a seventh minute goal to put his team at ease in their opening Europa League game. 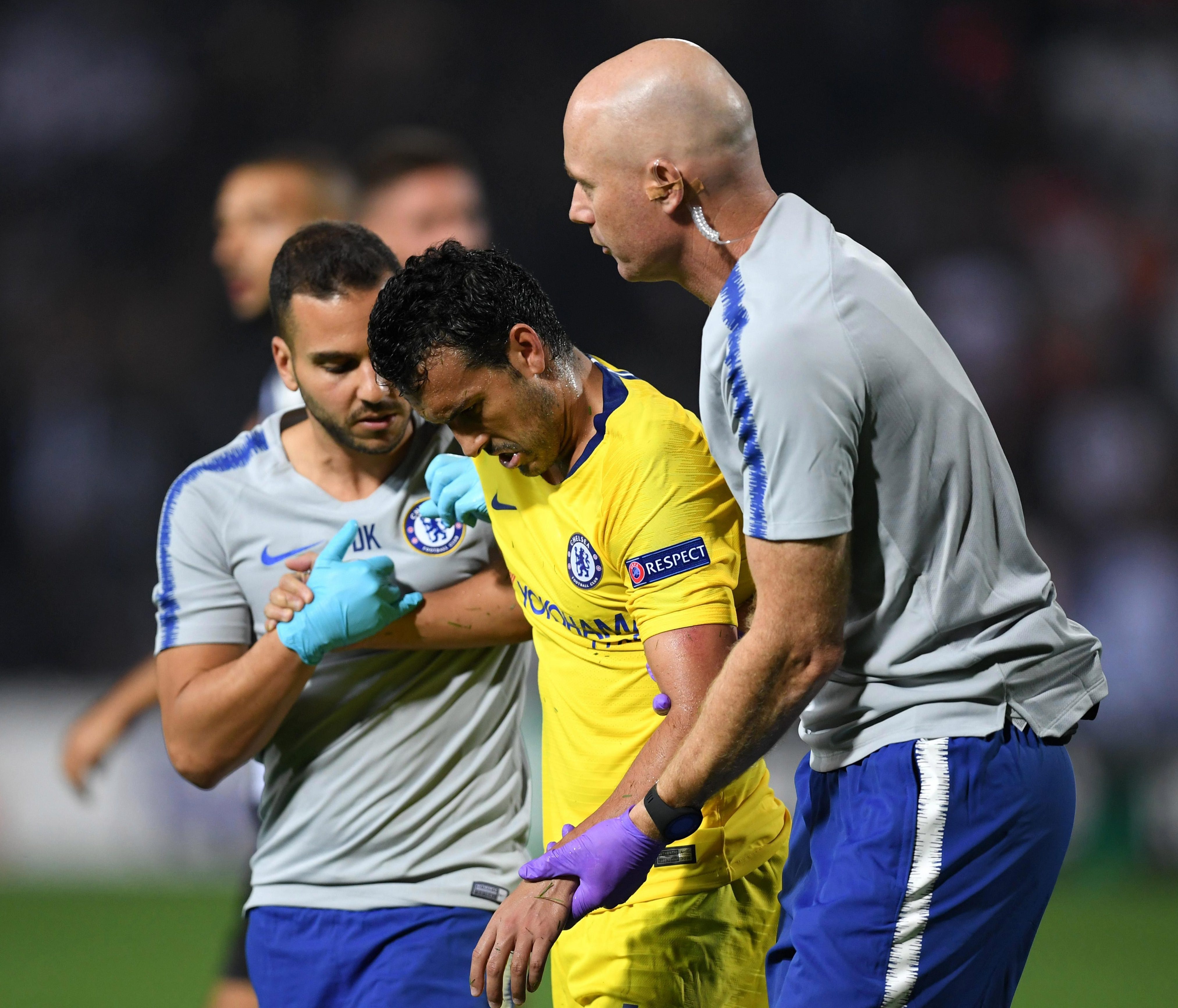 It was the rejuvenated winger’s second goal in as many games following a brilliant strike against Cardiff City in the Premier League last Saturday.

But more than that it shows how the once-unsettled star is now fully at home again following the sacking of his arch-enemy Antonio Conte and the arrival of Sarri.

Today is exactly five months since Chelsea won the FA Cup against Manchester United and Conte’s face was etched off a picture of the team celebrating, which was then posted on Willian’s Instagram account. 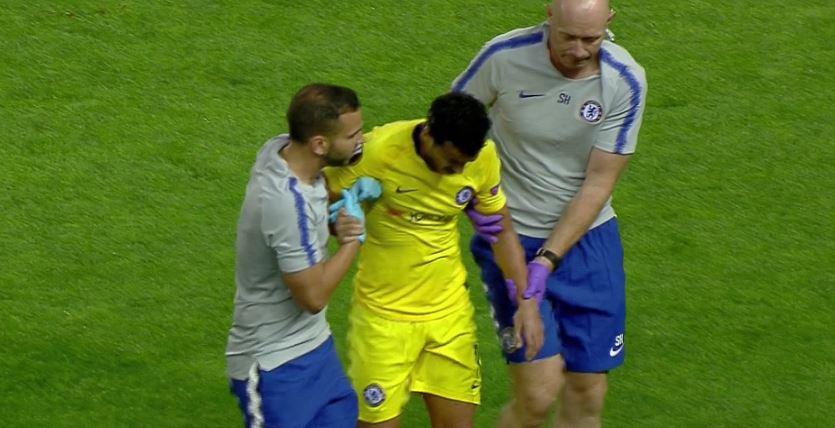 He later claimed one of his kids did it.

Willian was captain for a pre-season friendly against Lyon but this was the first time for him to lead the team in a competitive game.

And with the trademark cheesy grin back on his face and a black band round his left arm, Willian fired Chelsea ahead early with a goal not as classy as last weekend’s but more important.