PELE has named Lionel Messi as the greatest player on the planet just months before siding with arch-rival Cristiano Ronaldo.

The Brazil legend is widely regarded as one of the best footballers of all time and revealed he would have relished the chance to link up with Barcelona ace Lionel Messi. 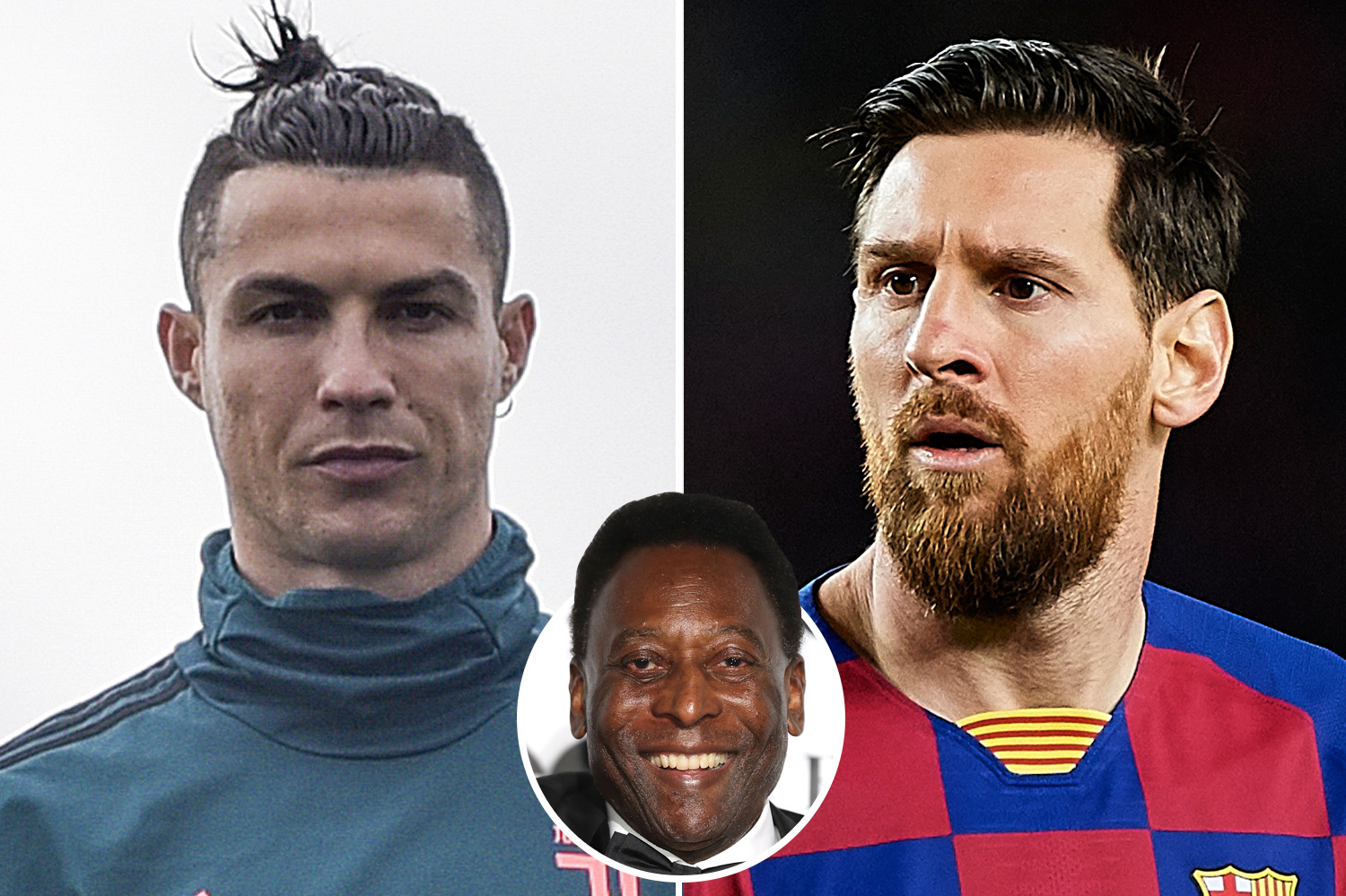 The 79-year-old, who holds the Guinness World Record as top scorer of all time with 1,281 goals, helped Brazil win three World Cups between 1958-1970.

And while he stayed loyal to Brazilian club Santos for 18 years, it has taken him just a month to switch allegiances from Ronaldo to Messi in the "greatest of all time" debate.

"If we were in the team together, the opponents should worry about two players, not just one!

"Today, Messi is the most complete player."

Ronaldo, 35, has scored an eye-watering 725 goals in 1000 total games over the course of his glittering career.

But Messi, three years his junior, also boasts an amazing record, having bagged 697 goals in 856 games.

Sun Sport recently brought to you what the superstars say about each other in the GOAT debate that divides football fans across the globe.

Pele hailed Neymar as the third best player in his eyes, but believes world class aces are scarce in the modern game.

And he included his old rival Maradona in the list, despite snubbing his South American counterpart last time out.

He continued: "Once, you found two or three in every country with a great football culture.

"Eusebio, (Antonio) Simoes, (Johan) Cruyff, (Franz) Beckenbauer, (Diego) Maradona, Garrincha, Didi. How many did I say? There were so many.

"Today we have two or three in all. Messi, Cristiano Ronaldo, I would say Neymar, who in Brazil has not yet managed to become a great figure."

Only a month ago, Pele had named Ronaldo as the greatest footballer to grace this generation before casually switching allegiances.

He told YouTube channel Pilhado: "Today the best player in the world is Cristiano Ronaldo.

"I think he’s the best, because he’s more consistent. You can’t forget about [Lionel] Messi, of course, but he’s not a striker.”

The former Brazil star named a host of other contenders for the top spot but not without insisting that he is in fact still the greatest player on the planet.

He added: "It is a question that is difficult to answer. We cannot forget about Zico, Ronaldinho and Ronaldo.

"Now, it’s not my fault, but I think Pele was better than them all."

Before the Messi- Ronaldo debate, Pele and Maradona ruled the roost during the 1970s and 1980s.

Both claim to be the greatest footballer of all time and neither one has seen eye-to-eye over the years.