City have just 64 hours between kick-off against the Belgians at the Etihad and the start of the Old Trafford showdown. 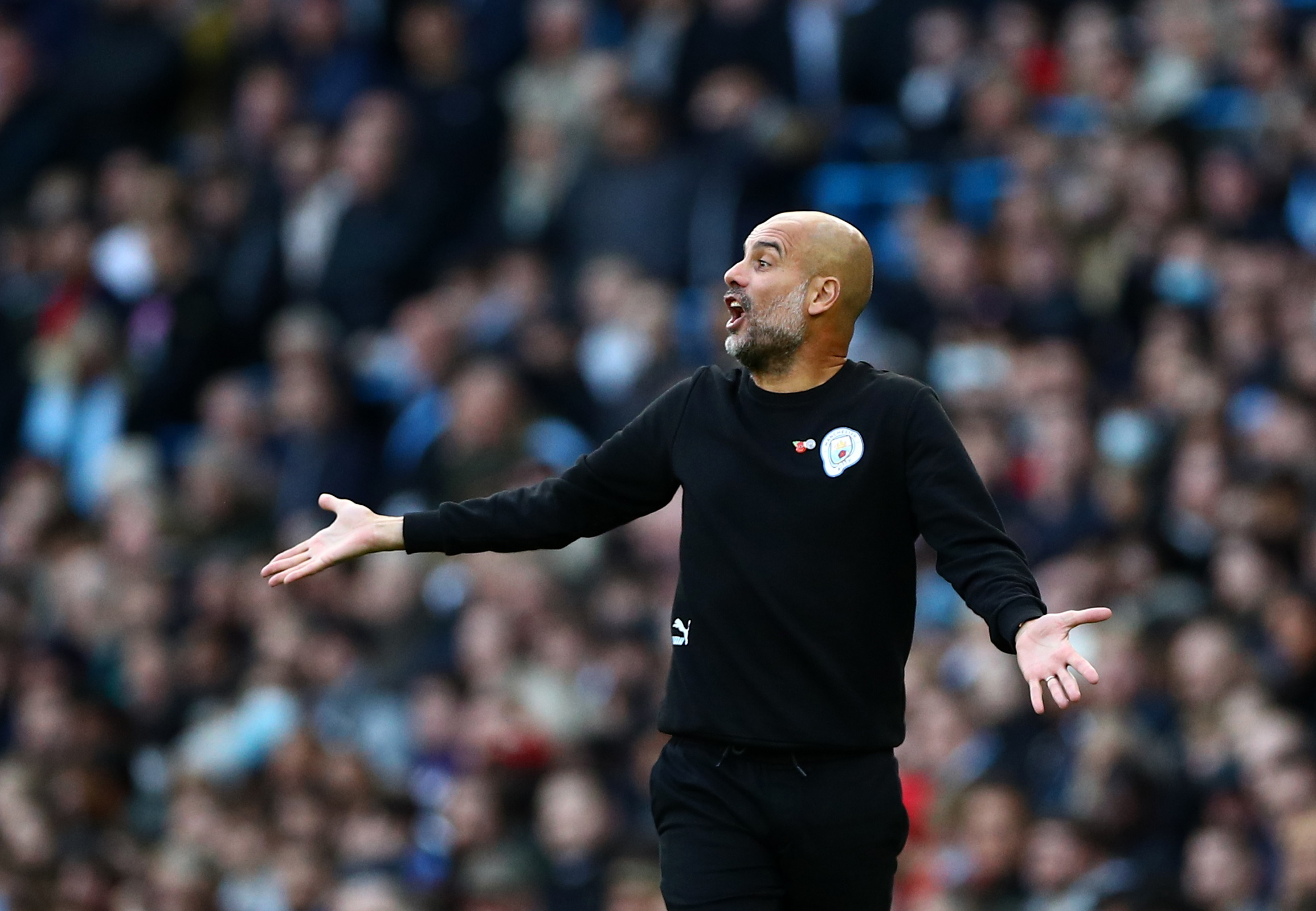 Having thrashed Philippe Clement’s team 5-1 just a fortnight ago, some managers may look to keep their squad fresh for a cross-city clash but Pep insists this Champions League tie is the bigger game.

Guardiola said: “This is much more important than United.

“This game can give us an incredible step to make the last 16.

“In the Premier League there are many games, here there are just six and only three are left.

“So we have to take it seriously to make a good performance and take a step forward in qualification.

“The group stages every year get more difficult. If you drop more than one or two defeats, we’re in trouble. We lost in Paris, so we have to take advantage of being at home.”

City lost 2-0 to Crystal Palace at home on Saturday but Guardiola feels they are playing as well as they have throughout his five-year reign.

He said: “We are at an incredible level, the way we are playing in the last month, month-and-a-half.

“Results we have to improve but many things we are doing really, really well."

While City are playing well, some have questioned whether record signing Jack Grealish has done enough to justify his £100million fee.

City and England team-mate Kyle Walker says the squad know all about the former Aston Villa man’s quality – but feel he needs time to show his best.

He said: “We have all seen over the last number of years just what Jack can do.

“He has come into a new team with a new philosophy and different style of play.

“People take time, people can react in different ways, the talent is there, he shows it day in day out in training.

“Let’s just give him time. He has not played badly.

“He’s probably not hit the levels he was at Aston Villa but we share the load here.”