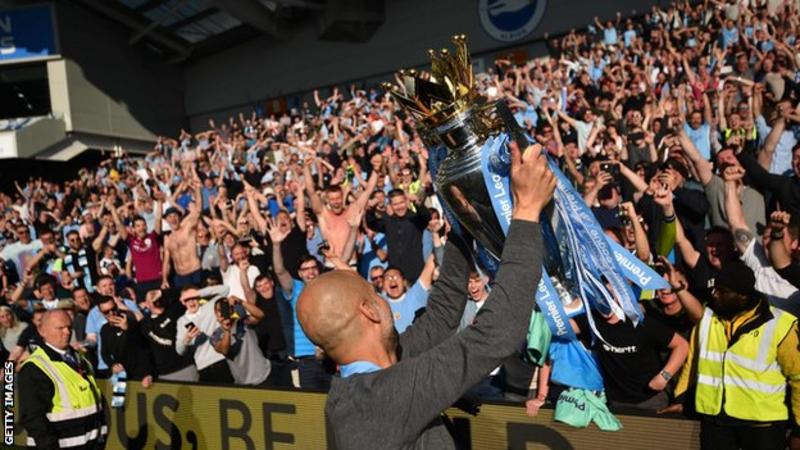 Manchester City manager Pep Guardiola says “winning is so addictive” as his side go in search of an unprecedented domestic treble on Saturday.

They face Watford in the FA Cup final (17:00 BST) at Wembley, a match you can watch live on BBC One and the BBC Sport website.

City have already retained the Premier League title and won the Carabao Cup.

“When you win, you take a shower and then you want to win the next one and the next,” Guardiola told BBC Sport.

“It makes your life better and easier. Winning helps to win more and it helps to make this club better.

“If we don’t win, it does not change my life or opinion of what we have to do next season.”

In a wide-ranging interview, Guardiola spoke about:

‘From joy to devastation’ 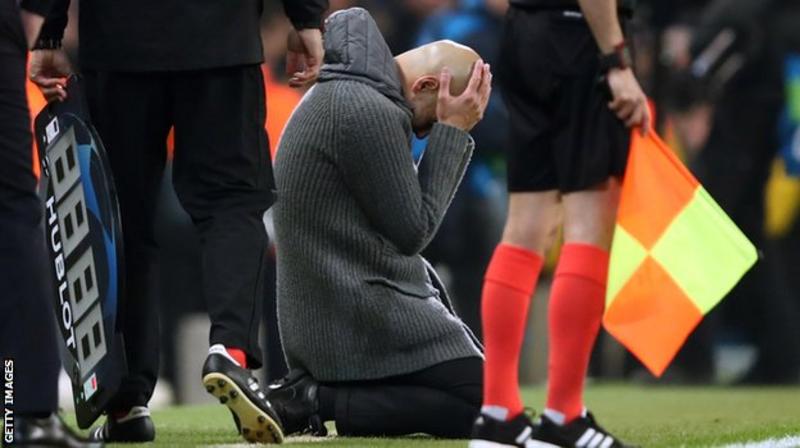 City could have been going for a quadruple, but were beaten in the quarter-finals of the Champions League by Tottenham. Guardiola’s side thought they had won the tie in injury time, but Raheem Sterling’s strike was ruled out by the video assistant referee for offside.

“Yes, this time it did take a little bit [to recover]. Two and a half days later we had Spurs again in the league, it was tough.

“It was incredible to see 60,000 fans enjoying getting through to the semi-finals of the Champions League and in one second you are dropped. You pass through joy to be devastated.

“You are thinking, ‘no this cannot have happened, it is not possible’. I could not say to the players, ‘forget it’. I told them ‘live with the hurt, it is good and live with the situation for as long as possible’. We have to accept it – sometimes you win when you don’t deserve it, sometimes you lose, it is life. Life is not easy, life does not come to you how you want, it happens.

“Football is incredible emotions, when you are in the moment you have to run and celebrate. I would do it again and again. How we reacted, beating Tottenham, Manchester United and Burnley, this team is incredible.”

‘This season means more than the last’

City were vying for the Premier League title all season with Liverpool, eventually claiming back-to-back titles by a single point over the Reds. Following 2017-18’s tally of 100 points, they have now collected a total of 198 over the past two campaigns.

“Sometimes it is easier to win a title when you have not won it for a long time. It is more complicated to win it back-to-back after last season.

“They did not just win the Carabao Cup, but reached the final of the FA Cup. For one situation we are out of the Champions League but it has been incredible. That means a lot this season more than last season.

“Last season the opponents could not stay in our rhythm, but this season we had an opponent who were always in front of us, seven points at one stage, but we were there every single day.

“After 100 points, there was a tendency that the levels would drop and it was completely the opposite. They are heroes for me because you are leading them, being with them every day. We did not have one midweek off in five months, and that is incredible.

“If you do not reanalyse what you are doing every single day, you cannot improve. People believe we are doing well because we are winning, that is a big mistake. When you are winning, you have more to correct, you have to put more emphasis on where you can do better and that is the only way you can sustain the competition between themselves and try to achieve another step.”

‘Kompany taught me a lot’ 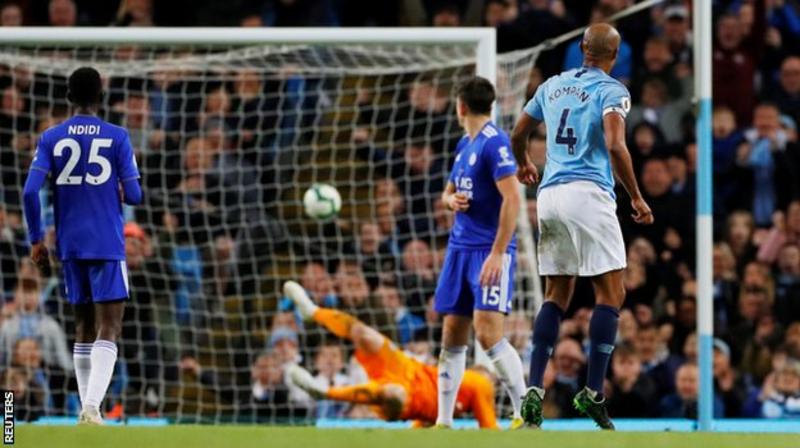 One of City’s most crucial victories came in their penultimate league game of the season. With 70 minutes gone and the game goalless, skipper Vincent Kompany stepped up to smash a 25-yard finish into the top corner. After the game, striker Sergio Aguero said he was telling Kompany not to shoot.

“Everybody thought that, me too. His last shot on target was in 2012 and we did not practise this in training. Nobody in the world can expect Vinny from 30 yards to put the ball into the angle of the net and beat Kasper Schmeichel. That is football and that is why it is nice.

“The time we are together, when he was fit he was incredible and a really important part of our team. He is a guy who teaches me a lot about the club, helped me in the bad moments and this club is built for the players who have played important roles like Kompany, David Silva, Sergio Aguero, Pablo Zabaleta and Joe Hart.

“These kind of players were here for eight, nine years and created the feeling that they are being respected all around the world and the club is going forward. This business belongs to the players, all the others are here just to help them.”

‘In a cup final, anything can happen’

Watford had been on course for a top-half finish, but lost their last three league games to end in 11th position. The Hornets have lost all six of their games against City since Guardiola has been in charge. They were FA Cup runners-up in 1984.

“Watford and Wolves are the best teams outside of the top six. They were consistent teams, Everton were up and down, Leicester finished incredibly well under Brendan Rodgers. Watford with Javi Gracia, he is an experienced manager from working in other countries and I think he is an excellent guy, an excellent manager and knows exactly what to do.

“They have huge talent up front, many physical players, good on set pieces and this is a final, we know what can happen. We believe a lot in ourselves and we will have to find the antidote to beat them.

“Normally the better team wins but a decision of the referee could make the difference. In the Premier League you have another chance and can be more relaxed, but this is completely different.”