Torpedo off the starboard quarter at 400 yards and closing?

No, more like a school of crook mullets vaguely headed this way.

At least the thrust of the tweets and emails directed at me were fairly straightforward: “Given that FINA has now banned all trans athletes, will you now take back everything you have written on the subject, and apologise to the Lib candidate for Warringah, Katherine Deves, as her position is now vindicated?”

Uh, no. Captain to the engine room and crew: no need to dive, just grab a net and pull a few of these stunned mullets on board, so we can school them a little.

The FINA ruling changes nothing.

As I noted in this space earlier in the year, yes, “there has been a recent issue in America where an average male swimmer transitioned to win trophies as a female swimmer, but it is not remotely as if there is a wave of such episodes occurring. As my Trans correspondent, Kirsti Miller, from Broken Hill told me: ‘Since the IOC has created a rule for trans athletes to compete in 2003, over 71,000 people have become Olympians. Out of those 71,000 Olympians a total of 2 have been trans women & one came dead last the other came 37th out of 42’.” 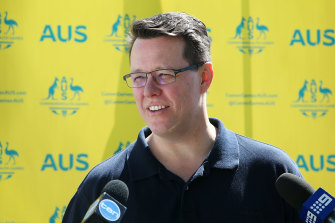 Can you spot a huge problem there?

But, yes, there is relevance in case of Lia Thomas who last year became the first transgender NCAA champion in the 500 yard freestyle, which brought on . . . the APOCALYPSE! 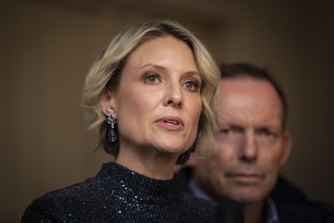 And certainly not here in Australia where the issue of trans people in sport was so all-but-completely invisible that when this first arose, not a single Australian sport had made any approach to the federal government to ban trans athletes.

It simply wasn’t an issue – and on the ground, still barely is. I vaguely remember a trans surfer doing well in a female comp in WA, yes? There might have possibly been one or two other episodes, but we don’t have trans athletes making any impact at elite netball, football, cricket or anywhere else? Those trans athletes who are visible are mostly at the community level, where they have been wonderfully embraced as living, breathing examples of the joys of sporting inclusiveness.

Come one, come all, of all colours, religions, genders, sexualities. No one cares about that stuff, just come and play!

So why, if there was no problem, did the Morrison mob go so hard on it? As discussed in this space, it was simple gutter-level, dog-whistle politics, and Ms Deves was tapped as the torchbearer of it. (In the process of rallying the mob against trans women in sport she had already invoked all of the Holocaust, the Stolen Generation, serial killing and self-mutilation, while insisting “half of all males with trans identities are sex offenders”. Oh, and she also wanted a “respectful debate”.) 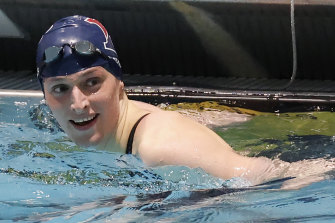 Australian sports are strong enough to deal with cases like Lia Thomas should they arise.Credit:AP

Following exactly the Donald Trump playbook – who mastered ganging up on just enough minorities that he could get a majority – the hope of the Libs was to push trans-bans not because there was any huge problem to address, but to bring on board every homophobic nutter in the land, together with the simpletons who might chortle about the horrors of playing against “chicks with dicks,” and vote the Libs’ way because of it.

Happily, the Deves exercise was a disaster in Australia, not only bringing a record low for the Libs’ vote in Warringah, but also being blamed for suppressing the Lib vote in the six electorates where “Teal” independents got up courtesy of electorates who refused to be played by such base-level nastiness.

It might work in southern Alabama, but not here.

Far more eloquent than me on the whole subject, and wonderfully so, has been the ever more impressive Kieren Perkins, the former Olympic champion, who became President of Swimming Australia and is now the CEO of Sport Australia.

“This is a really challenging dialogue for anybody,” he told SEN radio this week, when asked about the FINA ban, “and one of the main reasons is that, unfortunately, the far sides of the argument have created this incredible emotive energy around the topic. The reality is the Save Women’s Sport movement, which suggests women’s sport is about to disappear because of a wave of transgender athletes, is incredibly erroneous. Then of course, at the other end, that there should be unabated, open competition for whatever gender you identify with, is going too far and missing the fairness argument around speed, strength and stamina.”

So good, yes? You might already know that Perkins in recent years has developed such wisdom, eloquence and cut-through, but I did not know he was this strong. Go on, Kieren.

“FINA has been clear in their dialogue that they are talking about a very small microcosm, which is elite [sport]. What they have missed in acknowledging that, is that it is the billboard for sport, the main focus, and I get very, very concerned that domestic competitions will accept that ruling and run with that regardless of the human carnage it creates at their local, domestic level.”

Yes, if local examples of a Lia Thomas emerge, each sport can deal with it under existing regulations. But there is simply no need for Australian sports to issue Morrisonian bans that will cause human carnage. That kind of stuff was put to the people on 21 May, and it helped take the Libs back by 20 seats. Australia is taking a different, better, more inclusive path.

Sports news, results and expert commentary. Sign up for our Sport newsletter.