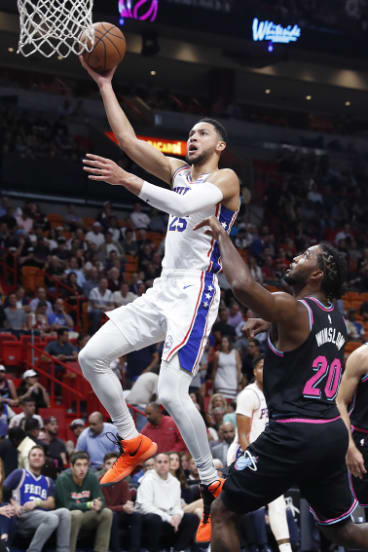 Joel Embiid has scored 35 points and grabbed 18 rebounds while Ben Simmons had three late-game dunks as the Philadelphia 76ers beat the Miami Heat 124-114 in the NBA.

The win came hours after the Sixers finalised a trade with the Minnesota Timberwolves to land four-time All-Star Jimmy Butler, who is expected to makes his debut with Philly against the Orlando Magic.

The Sixers improved to 9-6 for the season to be third in the east as Embiid registered his 14th double-double in 15 games this season.

The Sixers centre has nine games with at least 30 points and 10 rebounds – nobody else in the NBA has more than three.

Goran Dragic scored 22 points for Miami, who have dropped three straight, all of them at home.

Joe Ingles had a team high 19 points in the Utah Jazz's 96-88 road victory at the Memphis Grizzlies. 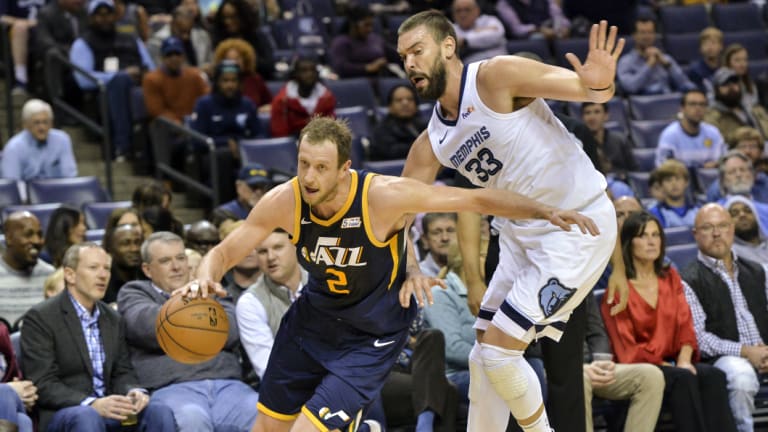 Small forward Ingles shot 50 per cent from the field with a trio of three-pointers, including one in the final minute that sealed the result.

His Australian colleague Dante Exum scored back-to-back baskets to spark a 21-7 run that extended into the fourth quarter and finished the game with nine points in 20 minutes.

The Jazz have won three in a row to take their record to 7-6 – with five of those victories away from their home court.

Anthony Davis had 25 points and a season-high 20 rebounds while E'Twaun Moore scored a season-high 30 points in the New Orleans Pelicans' 126-110 win at the Toronto Raptors.

Jrue Holiday had 29 points and matched a season high with 14 assists as the Pelicans won their third game in a row to end Toronto's unbeaten home record at eight.

Pascal Siakam scored 22 points and Kawhi Leonard had 20 for the Raptors, who have a league best 12-2 record.

Paul George matched his season high with 32 points with six three-pointers to lead the Oklahoma City Thunder to a 118-101 defeat of the Phoenix Suns.

Karl-Anthony Towns had 25 points and a season-high 21 rebounds in Minnesota's 120-113 win over the visiting Brooklyn Nets.

Harrison Barnes top scored with 23 points as the Dallas Mavericks secured their first road success in seven attempts with a 103-98 win at the Chicago Bulls.

John Wall had 25 points and 10 assists as the Washington Wizards won consecutive games for the first time this season with a 117-109 success over Orlando.