South East Melbourne Phoenix owner Romie Chaudhari loves basketball but his lessons from English and US soccer could be what helps his new franchise get off to the best possible start. 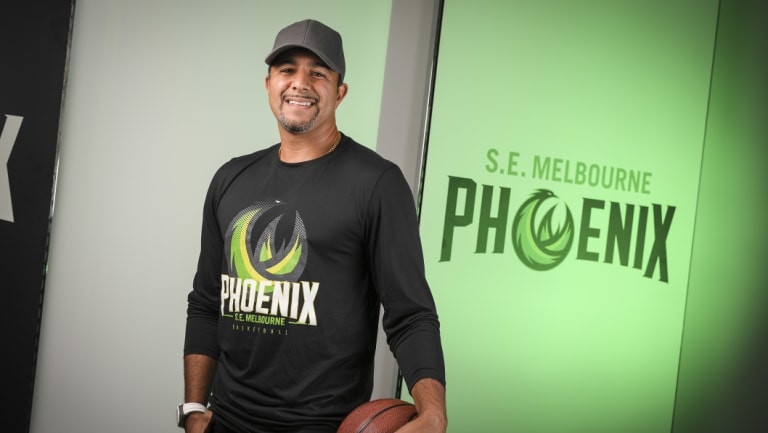 As one of a group of US investors in Swansea, Chaudhari learned painful lessons after they took charge in 2016 as the appointment of American manager Bob Bradley failed and last season the team was relegated from the English Premier League after seven seasons in the top flight.

Swansea is still in the hunt for a place in the promotion playoffs later this season and it’s believed their financial position has remained solid despite the pain of relegation.

Chaudhari joined several of the same partners in buying into DC United and they have enjoyed some success as they rode the signing of Wayne Rooney and the opening of their new stadium to a place in the play-offs.

Chaudhari, 44, has spent the past few weeks in Melbourne working with Phoenix general manager Tommy Greer and staff as they go through the exhausting task of building a club from the ground up.

The Phoenix have announced their colours and logo, signed former Melbourne United assistant coach Simon Mitchell as coach and Australia NBA G-League player Mitch Creek as their marquee player although he will continue to chase a place in the NBA and join them if he misses out on the US league.

They have also inked a managerial services agreement with Hawthorn who will run the club’s financial, human resources and IT.

"This feels like it is a hybrid," Chaudhari told The Age this week.

"There you are dealing with constant pressure, in all sports you have that but with relegation it's something else.

"From a fan's prospective it makes it very competitive, very entertaining and for the teams at the bottom of the table, those games matter just as much as the games at the top, sometimes they matter even more."

At Swansea there was outcry from fans after the US-led owners bought in. The fans have long had a "community-owned" portion of the club but were reportedly left out of negotiations by the previous board members.

Those experiences have informed much of Chaudhari’s approach to entering the NBL as he wants the Phoenix to be the "community's club".

During his stay Chaudhari has attended home games for NBL clubs Melbourne United, Perth Wildcats and Illawarra Hawks along with a Melbourne Boomers WNBL home game at the State Basketball Centre where his club will make their training base.

"I've learned a lot of lessons in the two and a half years of ownership in the Premier League and I wanted to take those learnings and apply them here," Chaudhari said.

"Communication is everything and if you don't communicate then people will start to guess what is the owner doing or what is he thinking.

"I don't ever want that situation, especially as I'm not on my home soil, so I feel like it's a duty of mine to make this team for the community, to be a facilitator for that, and I want to tell everyone 'here is what we are doing, here’s what we are planning'."

The Rooney experience at DC United has been a telling one for Chaudhari who watched on as the long-time Manchester United and England superstar embraced his new club.

"He changed the team," Chaudhari said.

"We were near the bottom of the table but we had the perfect start to the second half of the season in the sense that we got to move into our own stadium, Wayne came on board and we became one of the hottest teams in the MLS and ended up making the play-offs.

"He felt like he was at home and has had a great experience there so far and I’m excited what we can do with him in the future."

Chaudhari has many friendships with NBA players and officials and while it is too soon to know if those links could be used to help the Phoenix snare their own Rooney, he does see a parallel in signing a highly respected player like Creek.

"At the Phoenix we got off to a great start in signing Mitch Creek and while it is a little early we will be rounding out our domestic roster than going after our imports," Chaudhari said.

Chaudhari has been putting in long hours from afar working with Greer and others from overseas and he hopes home games will see NBA-style entertainment and be a place for families and all-comers.

"We are all in this together," Chaudhari said.

"That's the view I’ve taken since day one and we are working very hard now to create that. Then I'd like to get out of the way and let everyone else who is making his happen every day be the ones who get the credit.

"It's not going to work any other way. I don't want to be perceived as someone who is just coming in here and doing whatever. I'm saying what are the customs here, what matters here and then doing those things.

"I’ve been busting my hump to do the best I can, to put something on the court that the fans can be proud of."