The gradual freeing up of player movement in the AFL will take another step forward at the end of next season when any player who has qualified as a free agent will become a free agent when they next come out of contract.

The biggest effect of the change will be for delisted players who spend a season or more out of the system as clubs will be able to recruit them as delisted free agents rather than them having to go through the national draft.

However the AFL confirmed the change will also mean that players on club lists who have been recruited to a new club as a free agent will once again be a free agent when they next come out of contract.

This interpretations means for example players such as Sydney recruit Dan Menzel will qualify as a free agent again next year despite switching clubs and Fremantle's Reece Conca will be a free agent when his three-year deal expires after switching from Richmond at the end of this season. 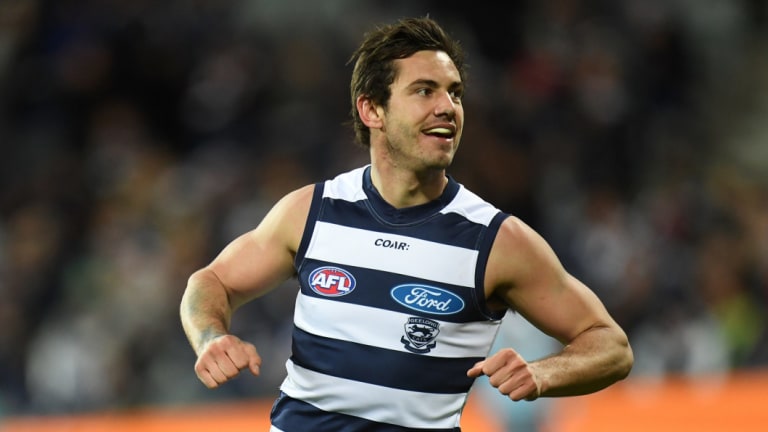 Dan Menzel will be a free agent again next year.Credit:AAP

Although on long-term contracts beyond the end of next season, players such as Port Adelaide's Steven Motlop and North Melbourne's Shaun Higgins will be free agents when next out of contract although most players who move clubs as restricted or unrestricted free agents do so on long-term contracts that means they are near the end of their careers when they come out of contract again.

However the ruling will make it even easier for clubs to acquire veterans late in their career to help with leadership as well as on the field.

The ruling could also make Fremantle's Joel Hamling a free agent when next out of contract, too, despite the fact he was traded from the Western Bulldogs to the Dockers after he played in the 2016 premiership because he qualified as a delisted free agent before switching from Geelong to the Bulldogs.

If the new rule had been in place when Hamling's contract expired at the Bulldogs in 2016 he would have been a free agent rather than being traded, however key people at the AFL and the players' association are of the view he will be a free agent when next out of contract under the new rules.

The rule also means clubs will be able to sign recently delisted players such as former North Melbourne speedster Billy Hartung or Geelong forward Cory Gregson as free agents at the end of next season if their form proved good enough rather than having to wait for the national draft.

Of course there are also possibilities for players in their situation to be picked up in the new pre-season supplementation period or in the mid-season draft when it occurs for the first time in 2019.

The change to the free agency rules, agreed to as part of the current collective bargaining agreement and referred to as lifetime free agency, was delayed until 2019 to allow clubs time to factor the shift into their strategic planning.