The Tottenham chief was also fined £10,000 for his row following last month's defeat to Burnley. 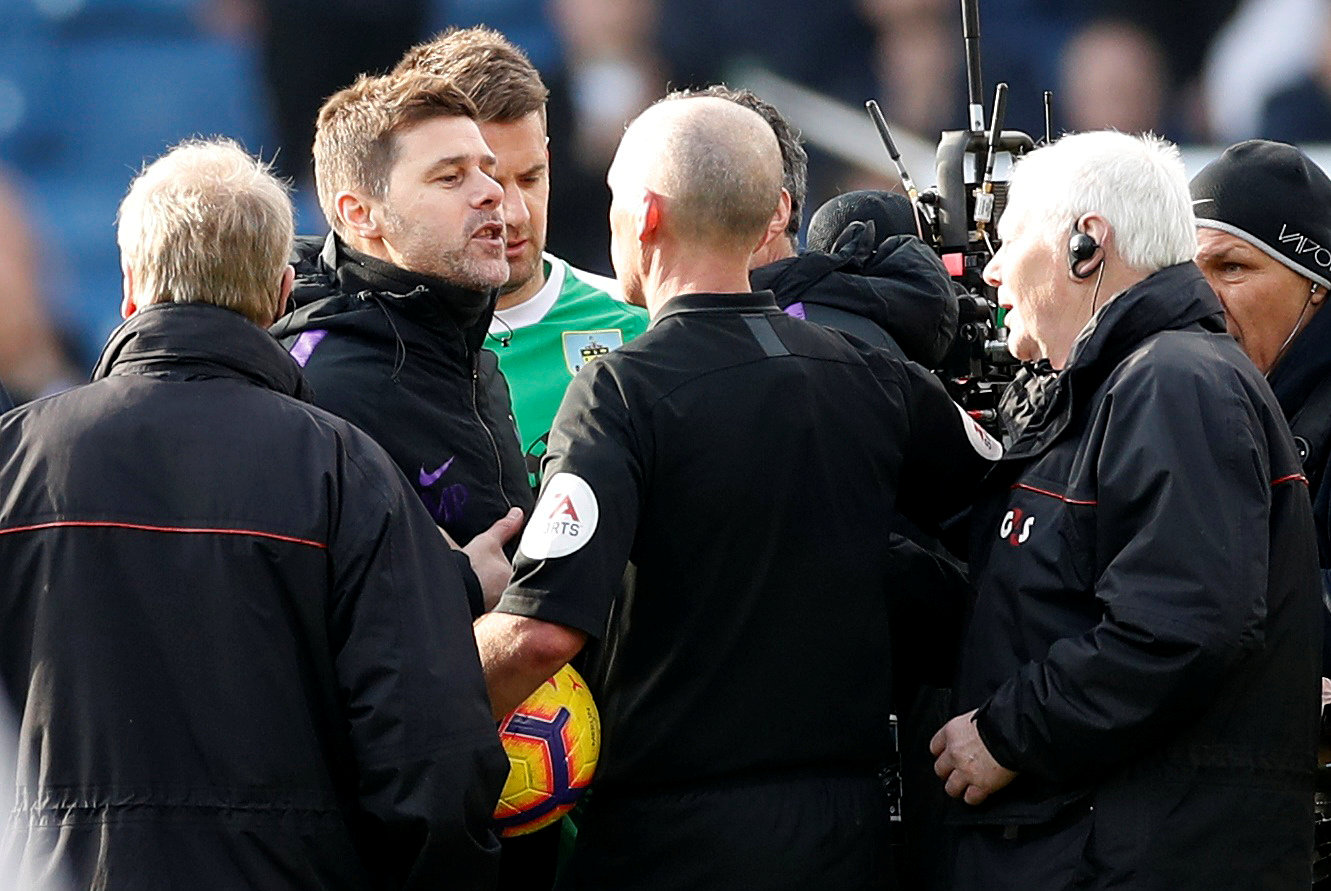 Pochettino previously admitted he had "crossed the line" with the official and made a public apology.

But despite Pochettino’s contrition, he has been banned from the touchline for Saturday’s trip to Southampton AND the crucial game at Anfield on March 31.

In a statement, the FA said: “Mauricio Pochettino has been fined £10,000 and will serve a two-match touchline ban following an Independent Regulatory Commission hearing.

“The Tottenham Hotspur manager accepted an improper conduct charge from The FA, which resulted from his language and/or behaviour – both on the pitch and in or around the tunnel area – at the end of the game against Burnley on 23 February.”

Pochettino, infuriated by a series of decisions during the 2-1 defeat, marched up to Dean and harangued him in the centre-circle after the match.

As he was walking away, Pochettino and his assistant Jesus Perez believed they had heard a mocking response from Dean, with the Spurs boss ordering the referee to “say that again – in front of the cameras”.

There was a further angry confrontation in the tunnel area, which brought the second charge.

Pochettino admitted immediately after the game that he had gone too far and decided he would accept the charge and apologise to Dean as soon as it was received.

In his next press conference, Poch said: “My behaviour was public and now I want to apologise in a public way too.

“There is a limit you cannot cross and maybe I out my toes over the line.

“I cannot behave in that way. Of course I want to apologise. I apologise to Mike Dean, all the referees and all the people.”

But Pochettino hinted at his impending punishment after the 1-0 win at Dortmund that sealed Spurs’ place in the last eight of the Champions League.

He said: “You are going to see tomorrow why I am not so happy with the people who run football in England.”