To get an understanding of just how much David Pocock loved being back in a Wallabies jersey against Ireland, you only have to listen to Michael Cheika’s comments after full-time.

“We had to drag him off,” the Wallabies coach said on Channel Ten’s coverage. “He was cramping up in both calves. He wouldn’t come off and we had to order him off in the end.”

Later in the post-match press conference, Cheika described Pocock’s work-rate across 74 minutes as “off the charts” in his first appearance in a gold jersey for 18 months.

Never one to blow his own trumpet, Pocock was remaining modest on Sunday about a performance highlighted by his match-winning try in the 72nd minute.

“It was good to be back out there,” Pocock said. “Good to start off with a win but I think they’re not No.2 in the world for nothing. They will be a much improved team in Melbourne.”

After a sabbatical last year, Pocock’s presence was a welcome return for the Wallabies. Any concerns he would take time to adapt back to the rigours of Test rugby were allayed almost immediately. He was a menace at the breakdown and backed himself time and time again to produce turnovers. 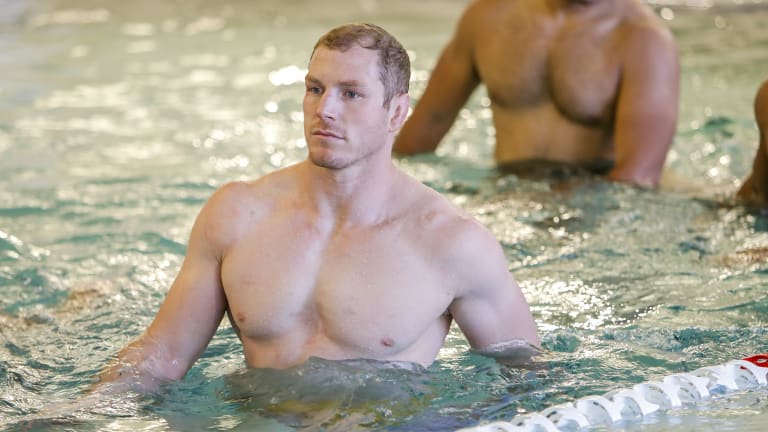 Star: David Pocock at a Wallabies recovery session in Brisbane on Sunday.

“You’ve got to back yourself in the fact if you’re doing all your prep, the physical and mental stuff, you’ll get back to your best,” Pocock said. “It was certainly a break. You think about what an incredible opportunity it is to represent Australia and as an immigrant I’m so grateful for the opportunities I’ve had.

“To be able to pull on the green and gold and represent Australia and get out there … it’s a huge honour and something I don’t take for granted.”

When Pete Samu won a penalty for the Wallabies with his first involvement in Test rugby, Pocock was the first man to run over and give him a big slap on the back.

He provided excellent impact, as did a number of Australia’s finishers, particularly the front-rowers Tolu Latu, Tom Robertson and Taniela Tupou.

Another debutant, Caleb Timu, was handy at No.8 and Pocock said he was happy with how the back row worked together. 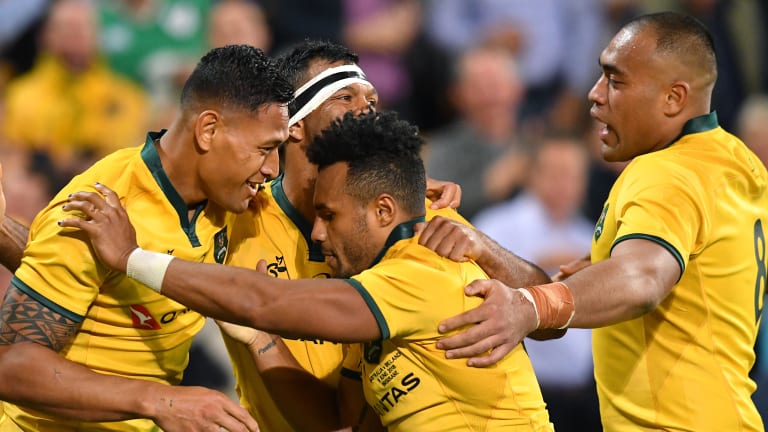 “I love playing alongside Hoops and we’ve been working on that this week; trying to get the balance, the talk around the field and make sure we’re filling the roles,” Pocock said. “When Pete came on he definitely made an impact. He’s a class player. Caleb was great on debut, too."

A number of monster tackles early on signalled the Wallabies had planned to bring extra physicality to the contest. While there were big hits, the accuracy of them was even more critical.

“Test matches are physical and the games are often won or lost there,” Pocock said. “Ireland are a big side. I thought they were also very physical. I’m sure game two is going to be the same.”

The Wallabies arrived in Melbourne on Sunday afternoon with boosted spirits but knowing very well their mission of winning the series is only half achieved.

Ireland’s improvement over the past two years is proof they will rebound with vigour for what will be a do-or-die match for them next Saturday at AAMI Park.

“We have to be better in the second game for sure,” Pocock said. “It’s a huge challenge. They are a fantastic team. I watched them through the Six Nations and then obviously Leinster have had a cracking season, so we knew it was a big challenge.”