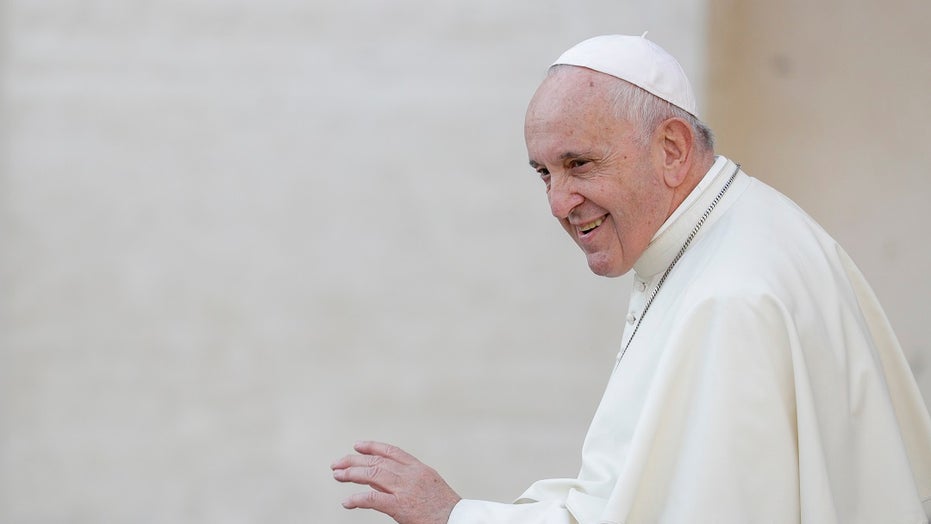 The Baltimore Ravens are sure to receive some additional blessings after Pope Francis was gifted a team jersey signed by star quarterback Lamar Jackson and head coach John Harbaugh.

Archdiocese of Baltimore representatives were in Rome and visited with Pope Francis as part of their trip. Baltimore Archbishop William Lori gave the pope the jersey, which also featured “Francis” on the nameplate and a No. 8.

“The pope, of course, he's a big soccer fan, but the pope gave us a thumbs-up. [It] got a big smile out of him … it was a really happy moment,” he told ESPN.

Harbaugh was happy to see the pope with the Ravens jersey.

“Baltimore is the home of the Catholic Church, Roman Catholic Church,” he told ESPN. “It first started here in the New World, here in Baltimore. So, it's an honor to have Pope Francis here, obviously, especially as a Catholic. I appreciate that. And it's kind of neat.”

Pope Francis was thought to have been a New Orleans Saints fan after a tweet from him thanking God for saints went viral. He had hashtagged “Saints,” which prompted the franchise’s team emoji to pop up alongside the hashtag.

There are team-specific emojis for each NFL franchise and those images are automatically added to tweets hashtagging the team names. So when the pope tweeted to "give thanks to the Lord for our new #Saints," it appeared the head of the Roman Catholic Church was calling on the man upstairs to help get New Orleans a victory.

The Saints eventually won the game and thanked Pope Francis for the blessing.

Both the Ravens and Saints could potentially meet in the Super Bowl, which could also divide the pope.