Richie Porte is fuming about the treatment of his old squad Team Sky at the Tour de France, saying fan behaviour was disgusting and an absolute disgrace.

Porte also is critical of the media commentary around the team's well-documented problems, wondering out loud how some prominent ex-riders would have gone if they were subject to modern-day doping controls. 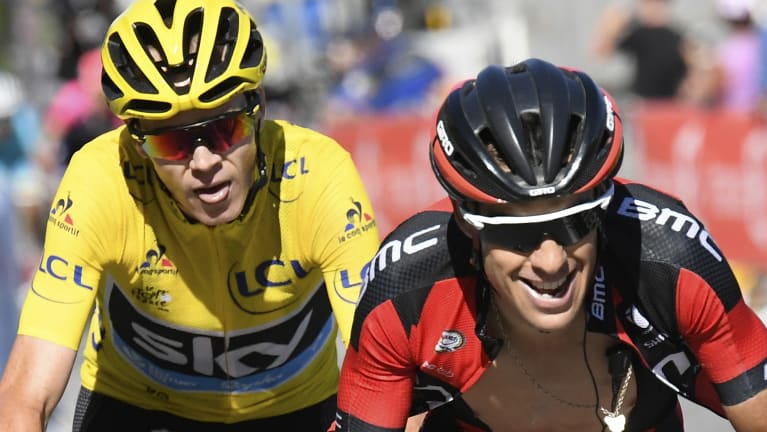 Froome was cleared a few days before the start of his title defence.

The four-time champion finished third overall behind teammate Geraint Thomas, who won the Tour for the first time.

There were a number of incidents involving fans, plenty of booing and team boss Sir Dave Brailsford had a running war of words with UCI president David Lappartient.

Porte crashed out of the race at the start of stage nine with a broken collarbone and watched the Tour unfold at home on TV.

"Watching, it was an absolute disgrace," he said.

"Some of the media, they need to take a little more responsibility for what they print.

"Some of these commentators saying things about Chris and Team Sky – if the controls that we have now were around when they were riding, maybe they would have a bit different palmares (career results).

"It's everyone's right to an opinion, but why turn up to a bike race to assault and spit on people? That's just disgusting."

Porte is also angry that Froome's investigation became public. It was only revealed because of a media investigation.

"It should never have been out in the open," he said.

Porte rode for Team Sky from 2012-15 before joining BMC and is friends with Froome and Thomas.

The Tasmanian and Thomas trained together ahead of this year's Tour.

"Obviously he (Thomas) was in the form of his life, probably like his drinking form right now," Porte said.