PARIS Saint-Germain are ready to sell Brazilian star Neymar to Spanish giants Barcelona but have demanded Antoine Greizmann as part of the transfer deal.

Barca know they will have to sell in order to buy – as they are also interested in Inter Milan's Lautaro Martinez, according to Sportsmail- and this may be their best option in order to get them both into the squad. 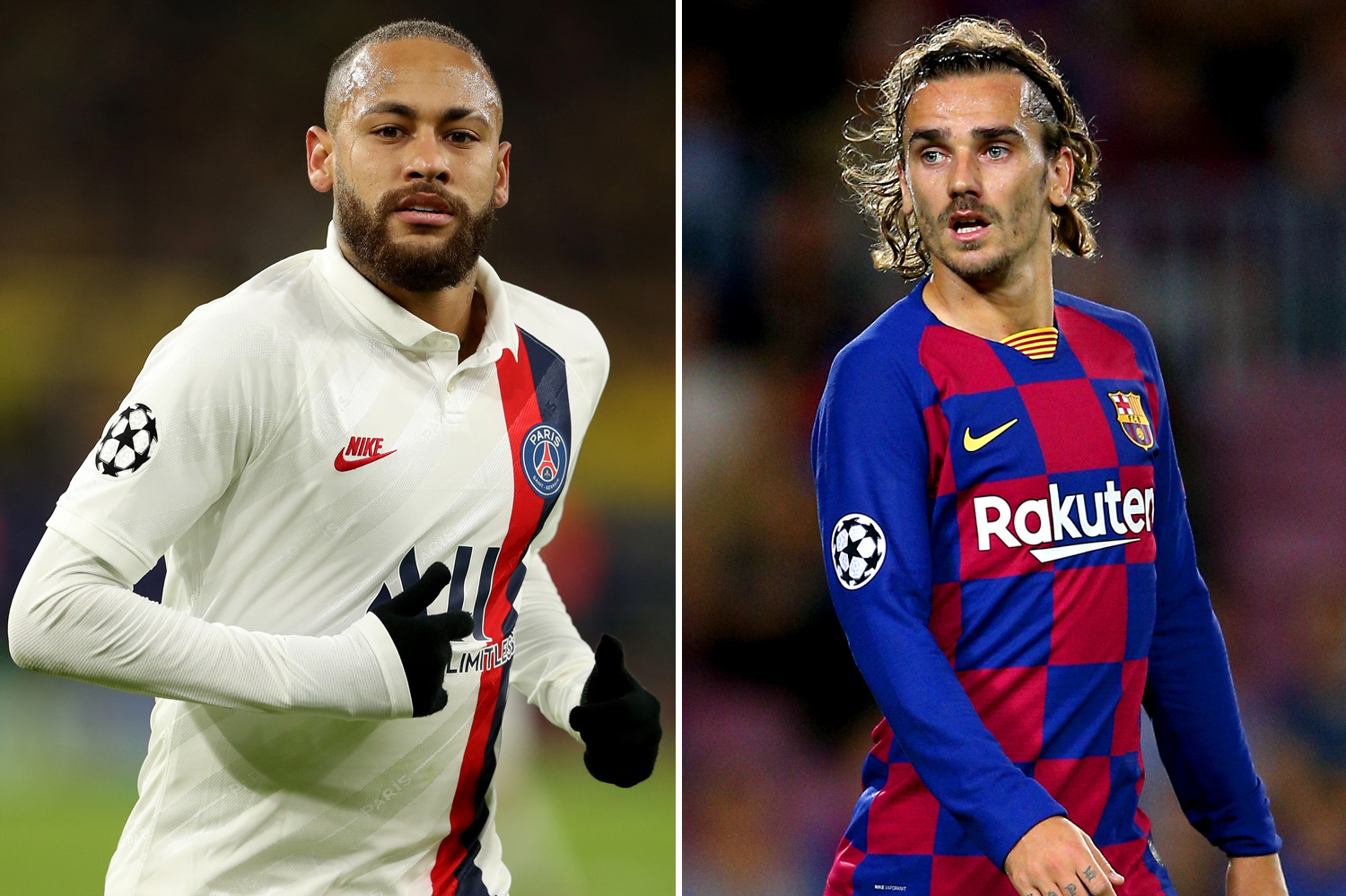 Neymar controversially left Barca in 2017 for a world record fee of £198million and sparked anger among fans in Spain.

The Catalan club have been trying to resign the 28-year-old in the last couple of windows and now face added pressure to get him with rivals Real Madrid taking an interest in him, too.

Barca promised Neymar they would sign him either last summer or in the upcoming transfer window in order to stop him from going to Los Blancos.

The forward has been unhappy with the Ligue 1 side, telling France Football last year: ''Today I am Parisian, I give my 100 per cent.

''I will give my whole life on the ground for PSG to triumph.

''I never wanted to hurt anyone but I always knew in my head if you're not happy somewhere, you must leave.''

He was the only one to get on to the score sheet in the eventual 2-1 loss in the opening leg of the last-16 clash.

The Brazil international hit out at management regarding a rib injury during which he missed four matches.

He told AS: ''It is hard after four games without playing. It is not my choice not to play. The club took this decision.

''The club made this decision with the medical team. I wanted to play, I felt good.

''The club were afraid and it is I who suffers from it.''

PSG want £135million for Neymar, while Barca are pricing Frenchman Greizmann at £88million, according to Sky Sports.

Greizmann has struggled to adapt at the Camp Nou since signing last year.

The 29-year-old has scored only eight goals in 26 La Liga appearances this season, plus two more in the Champions League and a further four in other cup competitions.

His form is not good enough after he was brought in to help heal the wounds from last season's exit to Liverpool in the Champions League semi-final.

With two years left on Neymar's current contract, now could be the time for him to move on.

Contrary to Greizmann, he has performed well for the Ligue 1 champions when fit – scoring 69 goals and assisting a further 39 in 80 appearances for the club.

He is believed to be willing to accept his old salary of around £22million-a-year in Catalonia – a decrease on the £31.7million he pockets in Paris – to make the move happen.