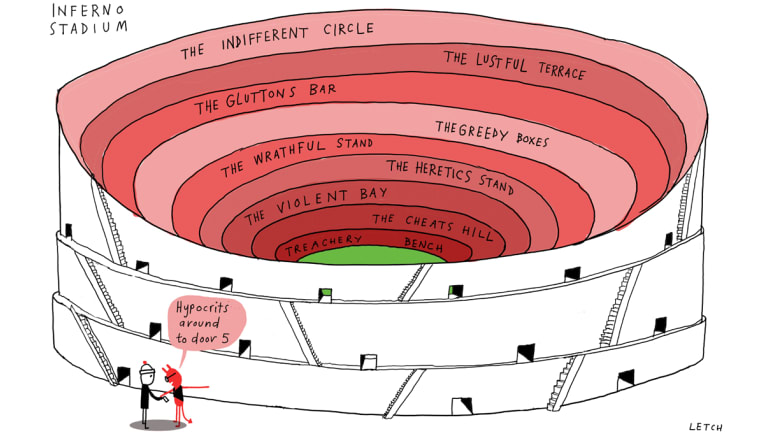 I’ve lived here longer than I’ve lived anywhere, longer than most of our cricketers have been alive, but still, I sometimes think, I’ll never really be properly Australian. Especially when it comes to the activities-known-as-sport.

I’ll never understand why “loving sport” involves an arvo flopped on the couch sinking a few tinnies while watching other blokes chase a ball around a paddock – meanwhile holding forth, half-cut, about those players’ politics and sexual proclivities. I’ll never get that it’s OK to cheat at cricket as long as you follow up with a bit of public weeping. I’ll never see why, when an athlete expresses non-mainstream views regardless of personal cost, Australia wants his head on a plate. And I’ll never buy that being able to kick a goal with staggering accuracy or throw a ball with blinding speed makes you some kind of moral paragon, some “role model”.

Three weeks ago, thanks to our boys in white, cricket writers across the globe joyously mansplained why ball-tampering is a thing. They parsed the different degrees of the offence, from relatively innocent groin-rubbing to the far more sinister introduction of foreign objects, from spontaneous whim to strategised interference. They got heavily exercised over swing and reverse swing. All very interesting. Thanks guys. Yes, we get that cricket is nuanced. 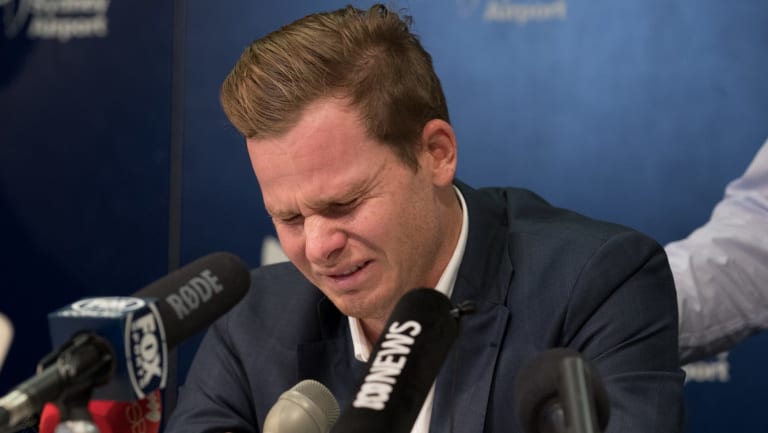 But cheating is still cheating. And Australia’s offence, planned above and delegated down, involving foreign objects, repeated lies and, perhaps, habit, occupies the most sinister end of all these categories.

More than that, these guys get well over a million bucks a year just to play, plus potentially a third of that again in bonuses. So covertly breaking the rules for unfair advantage is no different, morally, from insider-trading or slipping coal licenses to your mates. No different from electoral fraud.

Those are things people get jailed for. Yet if it’s cricket, somehow, you just have a little cry on telly and all is forgiven. Of course, the pressure. Poor you. Cheat as much as you like.

None of that sympathy was on offer for Israel Folau. No gleeful parsing of rules, splitting of hairs. “Israel Folau has failed as a role model”, blared the ABC. Why? Because his sin is a personal conviction which, although entirely separate from his job, could destroy it. 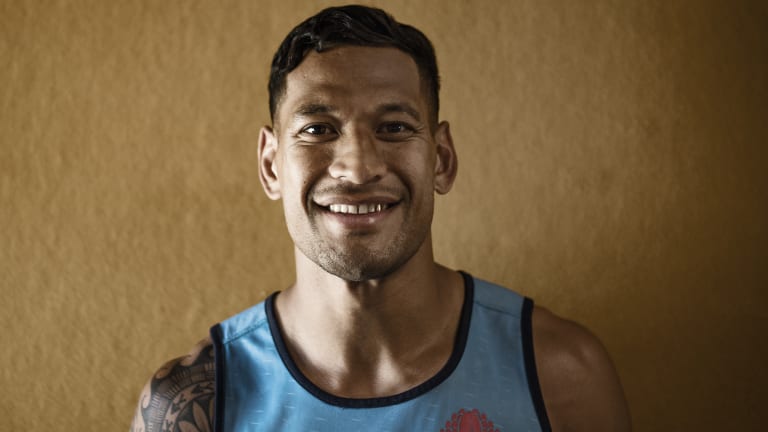 Maybe Folau needed better PR advice. Maybe he should cry and weep. But of course he can’t show remorse because he actually has beliefs. He can’t just change them on demand. He’s not an Australian politician. In the end, he says, he’s a believer first and a rugby player second. His desire to please the great Aussie public comes a poor third – and that’s what we can’t forgive.

Make no mistake. I find Folau’s belief that gay people will go to hell repugnant. Or would, if the whole idea wasn’t so silly. I reckon hell, if it exists, is not something doled out like school detentions by some big sky-daddy. It’s personal and psychological, and the more terrifying for it.

But that’s irrelevant. The point is that, judging by the public outcry, we’ve totally misunderstood the nature of belief, of Folau’s utterance and of sport.

Belief is ontological. It’s not a political opinion. You can’t just choose it. Folau didn’t say he thinks gay people should go to hell. He wasn’t vilifying anyone. Folau was simply stating what he believes to be the case about existence. Not a should. An is.

He could stay silent, but he shouldn’t have to. There was no particular emotion involved. He wasn’t recommending violence or repudiation. There was no incitement or hate speech – except in the public hysteria.

The weird thing is that while Folau is attacked for having “failed as a role model”, those who actually cheated at their chosen sport, bringing both the game and the country into disrepute, are forgiven.

That’s what shocked me; more than the cheating itself, the reaction to it. Even before Steve Smith’s televised tears people were saying, "What? This happens all the time. Of course people cheat. Stupid to get caught. But really, why overreact to a small error of judgement?"

Cricket is both “just a game” so cheating’s fine, and part of our national conscience, so cheating must be overlooked.

Shane “Warnie” Warne blamed the game. “The win at all costs attitude in modern sport can make people do stupid things … Smith was naive.”

Naive? He was outright dishonest. Error of judgement? Can you group-plan ball-tampering as an error? Is strategised cheating just an oops?

What nonsense. On the one hand, insisted the commentators’ cubbetariat (themselves a tad tearful), the punishment was harsh. A whole year? OMG that’s like forever. On the other, they rolled out the tired old trope that cricket has a special moral place in our universe. Cricket stops boys becoming junkies, stops men going to war. Just playing cricket is a moral activity, even if you have to cheat to win.

Oh please. Wait while I throw up. If they loved the game that much they’d show some respect for its rules.

No one offered such excuses for Folau. Instead, he was accused of not keeping up with the times. Is that in his contract? All Wallabies must group-think with the latest opinion polls?

As to cricket, and its moral role, the whole incident was supposedly provoked by masked pranksters reminding vice-captain David Warner of his ironwoman wife’s in-toilet sexual exploits with a big-bicep footballer at a party. Um, role models? Really?

Note to Australia. If you want sporting heroes worth a nanosecond’s reverence you’d better avoid teams with the collective ethics of a corgi on heat.