Qatar will not take a decision on whether to expand its 2022 World Cup to 48 teams from 32 until it has seen the details of a feasibility study from FIFA, an official from the country's World Cup organising committee says.

FIFA president Gianni Infantino said last week that a majority of national soccer federations were in favour of expanding the tournament and a decision is expected by March ahead of the draw for qualifying matches. 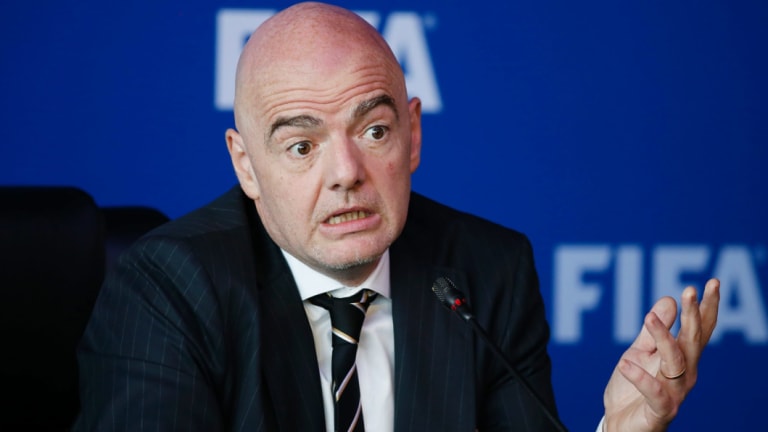 "FIFA is undergoing a feasibility study and is now in the consultation process and we don't have any details to know what the feasibility study has," said Nasser Al Khater, assistant secretary general for Qatar's Supreme Committee for Delivery and Legacy, on Monday.

The study is expected to include aspects of scheduling, the number of required venues, training sites, and how many games per day would be played under an expanded format, Khater said.

Saudi Arabia, the United Arab Emirates, Bahrain and Egypt launched a diplomatic and trade boycott of Qatar in June 2017 that has complicated the prospect of sharing the tournament under an expanded format.

The countries accuse Qatar of supporting terrorism, which it denies.

"We need to remember that Qatar won the right to host the World Cup with a 32-team World Cup, so at the end of the day FIFA will take the decision with Qatar and only if Qatar agrees," said Khater.

The tiny but wealthy state has pushed ahead with an ambitious scale-up of its infrastructure ahead of 2022 that includes $6-8 billion on eight stadiums and sporting facilities, many of which will be either broken down and re-purposed after the event or donated to promote sports in developing countries.

Last week, Qatar unveiled the design for its final and largest stadium. Lusail Stadium, an 80,000-seat venue, is expected to host the tournament's opening and closing matches and be the centrepiece of a city being developed north of Doha.

FIFA last year voted to increase the tournament to 48 teams starting from 2026 but, since then, Infantino has been mulling the possibility of bringing the change forward to 2022, saying that would likely require playing some matches outside of Qatar.

"Who actually is ready with four years to go?" Khater said of regional countries that could help host the tournament.

"You have to see FIFA-compliant stadiums, FIFA-compliant training sites, the correct infrastructure. These are things that have to be discussed first."