The pair hardly left each other's side on Saturday night and were verbally engaging while shaking hands on the final siren.

"It was a good battle and probably ask both players they probably enjoy it, it brings the best out in each other and probably an even battle all night," Gold Coast coach Stuart Dew said.

"It's good to watch, a game within a game … there's little match-ups around the place."

But among the spice and drama, Brisbane coach Chris Fagan won't let the rivalry descend into an annual slanging match.

Fagan apologised to the Suns after his team’s narrow victory, saying he was disappointed with defender Nick Robertson, who called the Suns “soft” during the week.

“It just takes a bit of gloss off it. I know it added a little bit of spice to the game from an observer’s point of view, but that’s not the way we want to conduct our business and we apologise to the Gold Coast Suns for Nick’s comments.

“I love the spice in the hard contest, but it’s not going to be one of those clashes where the Brisbane Lions trash-talk the Gold Coast Suns. I want the Lions to be as good a team as they can be [and] I hope the Gold Coast Suns are too, because it’s good for Queensland if both of our teams can be strong.”

Dew said he hadn’t used Robertson’s comments as motivation, and gave the impression that there had been no need to. “We worried about how we were going to prepare for the game, and we’ll respect the opposition at all times,” he said. “I thought our boys put their head over the ball all night.

“It’s always enjoyable when it’s a close game, even better when you win. [The Lions will] go home happy. For our fans, hopefully they’ve got a lot to look forward to next year … At times we lacked the polish, but we’d rather work on the polish than the effort.” 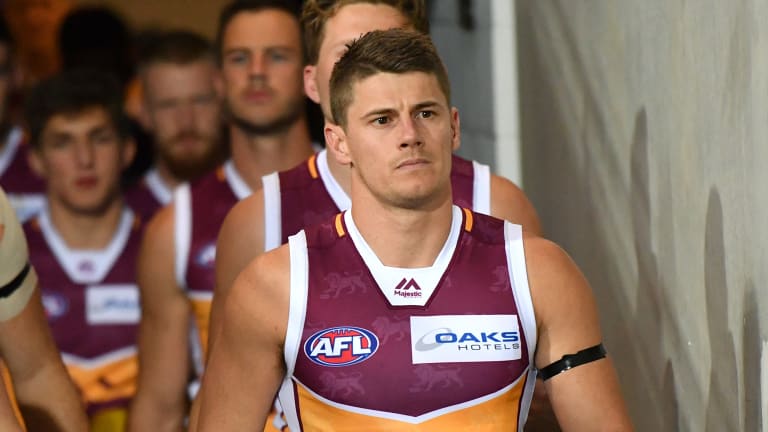 The Lions have lost a number of close games this year, and Fagan said he was happy his team had been able to grind out a win when not at their best.

“We did get a goal and a half down, it didn’t look good, and our boys found something.

“With all the close losses we’ve had this year, five of them under seven points, it was good for them to finally get over the line in one of those games and feel good about themselves.”

Dayne Beams was the unanimous winner of the Marcus Ashcroft Medal for best afield. “He lifted in the last quarter,” Fagan said. “Classy players stand out when the pressure comes on, and he stood up. He was a deserving winner of the medal tonight.”

Dew said Beams was “an A-grader".

"Surely All-Australian. He’s had a really good year, and a challenging year, so there’s lots for our boys to learn off the really good players of the opposition.”

Alex Sexton, who kicked four goals for the Suns, was close behind Beams in medal voting.

“I love Al,” Dew said. “He’s had a really good year and he does go under the radar, externally.

“He’s got some special stuff. He was one, I reckon my first month or two, I thought, why haven’t I heard more about this guy? He’s had a terrific year.”